Since 1952, the American Psychiatric Association (APA) has published the Diagnostic and Statistical Manual of Mental Disorders (DSM), a guidebook to the classification and diagnosis of mental illness. The DSM, which has been updated over the years, with the latest edition (DSM-5) published in 2013, has long been considered by psychiatric professionals to be the official manual of treatment, serving to outline a standardized system of classification and diagnosis of mental disorders.

But many in the field see shortcomings in the DSM-5. Critics, including the National Institute of Mental Health, argue that this classification system is too narrow and culturally biased, presenting limited diagnostic options for a range of patients presenting with mental health disorders.

On March 23, a consortium of psychiatrists and psychologists from universities around the world published a paper in the “Journal of Abnormal Psychology” outlining a new classification system of a wide range of psychiatric problems based on scientific evidence, illness symptoms and impaired functioning. The new diagnostic approach, called the Hierarchical Taxonomy of Psychopathology (HiTOP), was co-authored (along with Roman Kotov, Ph.D., of Stony Brook University and David Watson, Ph.D., of Notre Dame University) by Robert Krueger, Ph.D., professor of psychology at the University of Minnesota.

Earlier this week, I spoke with Krueger, who explained the significance of this work to people treating — or living with — mental illness.

MinnPost: Why did you and your colleagues decide to develop this new diagnostic approach?

MP: The DSM is considered limited by many in the psychiatric field.

RK: The DSM is constrained in a lot of ways by its attributes and intentions. Its intention is to list clear categories of mental illnesses under the assumption that mental disorders can be well understood as categories. The clinician is supposed to use the categories as defined in the DSM to conceptualize, define and treat people’s psychiatric problems. The difficulties one encounters in the clinic and in research with using this tool is it is not always easy to classify people into the narrowly defined or specific categories that are outlined in the DSM.

MP: Is this because there is such a wide range of mental illnesses?

RK: Yes. A lot of people in the real world have problems that are complex and cut across different categories. This makes it hard to develop a clear diagnosis based on current DSM criteria.

MP: Have there been attempts to modernize the DSM, to make changes that would help it better reflect the realities of life? 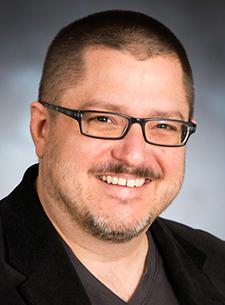 RK: A number of the people involved in HiTOP, including myself, worked on the latest version of the DSM, the DSM-5. In our work on the DSM-5, we made some attempts to move things in the direction that would help overcome some of these issues that we’re talking about, but we couldn’t take it all the way.

The DSM is constrained by its intentions. It is a way of describing and defining mental disorders from the perspective of a panel of the APA, which has an interest in the narrow definition of these categories because they frame existing clinical practice. If you started questioning the categories of the DSM, you would then have to question the way the entire psychiatric system is put together, everything from services to treatments to reimbursements.

MP: This makes your work sound almost revolutionary. Is that a fair description?

RK: It’s a big deal to suggest these kinds of changes to the accepted way of diagnosis and practice. The truth is that the people involved in working on HiTOP are motivated not by revolution but by the potential to do research or provide treatment without being constrained by the limits of the DSM-5.

MP: Why was the DSM developed in the first place?

RK: Without any endeavor to try to understand the way in which we describe mental illness, it would be hard to put together research or treat individuals in a clinical setting. That’s why the DSM was developed.

But people who present with problems in psychiatric settings aren’t all the same. There is a serious need to figure out how to best use the limited resources that are available to treat the disorders that people are experiencing. That’s what we hope to be able to do with HiTOP.

MP: By accepting that there is a range of symptoms within each psychiatric condition, could the HiTOP approach actually make it easier to diagnose an individual with a mental illness?

RK: In your question there is the assumption that the solution as we see it is instead of having hundreds of diagnoses, we should narrow the field into categories that could allow for different dimensions of experience. But that’s not exactly what I’m saying. I’m talking about a need to look at the dimensions of psychiatric conditions.

A good metaphor would be a blood test that you get when you go to a doctor. Those blood tests can define or dictate disease categories. The information a physician gets back from those tests is a profile of people’s diagnostic dimensions. A physician can use those dimensions to determine if an individual has a condition that is thyroid related or if it is related to lipids, for example. So you don’t have to limit a patient to just one diagnosis. You can use the tools at hand to develop a multilayered psychiatric diagnosis that acknowledges the complexities of each individual.

With something like HiTOP, psychiatric professionals would look at a series of dimensions of experiences to develop a clearer diagnosis, things like mood and anxiety and depression. The resulting diagnosis and treatment would be more specifically linked to the individual, a diagnosis that would reflect the range of psychiatric disorders that exist in real life.

MP: Is there a HiTOP model currently available for diagnosis?

RK: There is not a specific HiTOP measure in use at this time. Eventually, when we are able to put together all of the literature that we are analyzing, this will help us develop a way to use these tools in psychiatric practice.

There’s a substantial amount of literature pointing toward the ideas that are outlined in the paper. The next step is to figure out the practical applications of applying this diagnostic method. There are different working groups that have identified areas of focus. One group is creating an assessment tool. There is another group that’s interested in the practical diagnostic applications in the clinic. There are different groups involved in evaluating HiTOP’s use in research. These groups have diverse areas of interest. As they proceed with their work, they’ll be in touch though the consortium to see how their ideas and research support one another.

MP: It sounds like discontent with the DSM-5 has been brewing for some time. How did your work on HiTOP get started?

RK: A lot of the credit for this project lies with Roman Kotov, associate professor of psychiatry at Stony Brook University. Roman is a very enthusiastic and capable guy. He’s somewhat younger than me. Some time ago, he said to me and to my colleague David Watson, professor of psychology at Notre Dame University, “It’s time to get organized around your concerns about the DSM-5. The things that the two of you have been trying to take on in your own specific ways could be pulled together to really make a change.” This project was a large effort, but Roman had the enthusiasm that was needed to make it HiTOP happen.

MP: How could HiTOP help ordinary people with mental illness?

RK: The way in which HiTOP could be helpful for people with mental disorders could be the development of a diagnostic system that better mirrors reality, one that that could help find stronger diagnoses based on the reality of individual life situations. There are lots of ways in which the DSM creates categories that are articulated in the criteria but not based in the realities of everyday life. With this project, we propose to view psychiatric disorders on a spectrum, which is closer to how they manifest in real life.

MP: How has your paper been received in the psychiatric community?

RK: There’s been a lot of enthusiasm around this research and collaboration. It’s been a topic of discussion for some time. The publication of this paper is an event in the history of these ideas, but it isn’t a surprise to anyone. It is not that people in the psychiatric community weren’t aware of this work before it was published, but the paper officially acknowledges the problems that exist with the current classification system and explains how a new system is being developed that better reflects the realities of modern life.