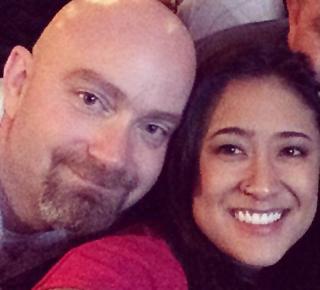 Courtesy of Lynn Sommer
A photo of Sean Shevik with his best friend and fellow
paramedic Lynn Sommer.

Sean Shevik was Lynn Sommer’s best friend. The two, paramedics at Lakeview Hospital in Stillwater, met when Sommer was a trainee, and their friendship, sparked by a shared commitment to their profession, a wry sense of humor and, Sommer recalled, “a lot of really cool conversations,” was a central part of their lives.

When work stress left Sommer emotionally drained, Shevik was there to prop her up.

“He always knew how to get me up and at ’em again when I was down in the dumps,” she said. “I tried to do the same for him.”

But it wasn’t always easy for Sommer to help her friend. He had clinical depression, a secret he tried to hold inside out of fear that others might think he was weak.

“He didn’t talk to anybody about his depression except me,” Sommer said. “And he only told me a little bit. I think the last year of his life he was fighting a lot more demons than even I knew about. His life was out of control, and he didn’t know how to get the help he needed.”

Hope out of hopelessness

On Dec. 26, 2013, Shevik’s life came to an abrupt end when he died by suicide at age 39. He left behind a blindsided cluster of family, friends and coworkers who struggled for a way to make meaning out of their loss.

The group eventually decided to direct their energy toward raising funds for and supporting Canvas Health, the umbrella organization for Crisis Connection and txt4life, Minnesota’s free 24-hour mental health crisis text and phone lines. The paramedics supported the lines, holding fundraisers and promoting their services to the people they met on mental health calls.

“They wanted to do something to remember Sean by,” said his mother, Monica Shevik. “They decided to focus their fundraising and awareness efforts on mental health. They turned to Canvas because they thought the phone line was such a great lifesaving resource, a service that could have saved Sean’s life if he only knew that he could reach out to them.”

The campaign was a good distraction for the close-knit group of paramedics.

“It felt like our grief was able to go toward something good,” Sommer said. The phone line, which answers between 35,000 and 50,000 calls a year, felt like an invaluable service they were proud to support.

In 2015 and 2016, when Canvas Health asked the Minnesota Legislature for money to fund Crisis Connection, members of the group volunteered to testify at hearings before the House and Senate.

“When Canvas asked us to testify, a lot of people got up and spoke,” Monica Shevik recalled. “Canvas got the funding. It was a wonderful feeling.”

‘Positive’ reaction, but no funding

The feeling is markedly different this legislative session. Despite what Monica Shevik described as a “positive” reaction to testimony [PDF] that she and members of the Lakeview paramedics group gave to committee members in January, legislators chose not to fund Canvas Health’s request for $1.3 million in operational support.

“Zero funds have been set aside for the phone line,” said Canvas Health CEO Matt Eastwood.  One part of the service has been spared: The legislative omnibus bill does include an additional $657,000 to fund txt4life, the text-only crisis line that Canvas Health operates in more than 50 counties and all tribal nations in Minnesota. This funding, when combined with existing funds previously earmarked for txt4life, equals enough for one year of funding.

Eastwood said he and his colleagues had no warning that Crisis Connection would get the legislative cold shoulder.

“We were passed through each of the committee hearings unanimously to the omnibus bill,” Eastwood said. “We were zipped through very quickly. It seemed like smooth sailing. We have had nobody push back on us and say, ‘We don’t think this is a good idea,’ so we were blindsided.” 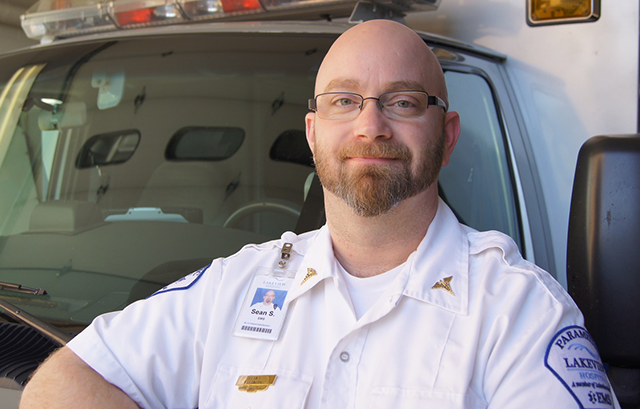 Courtesy of Lynn Sommer
Sean Shevik left behind a blindsided cluster of family, friends and coworkers who struggled for a way to make meaning out of their loss.

Since no funds have been allocated for the program, Crisis Connection will likely have to dramatically cut services — or shut down operations entirely, Eastwood said.

The service has been running at a deficit for years. Without additional fundraising, the annual budget shortfall for the phone line is typically between $200,000 and $300,000. “That’s unsustainable,” Eastwood said. “We’re a small agency. We just can’t keep operating this way.”

Monica Shevik was shocked to hear that legislators chose not to fund Crisis Connection. After her emotional testimony, she recalled, “Legislators came up to me and thanked me. During my testimony one person started crying. They said they had recently lost a college roommate to suicide. The response was the same in the House and the Senate. I was thinking, ‘This is going in the right direction,’ but now it looks like it is going in the wrong direction.”

Lynn Sommer had a similar reaction.

“After our testimony, I thought we were good to go,” she said. “To hear that funding for Crisis Connection it is on the line took my breath away. It felt like a sock in the stomach.”

Sommer feels a particular loyalty to Canvas Health because she has used their services herself.

After Sean’s suicide, she felt deeply guilty that she hadn’t been able keep her friend alive. She said she was the last person he reached out to before his death but she wasn’t able to get to him in time.

“There were several nights where I felt like I couldn’t handle the guilt anymore,” Sommer said. “I felt like I wanted to go to where Sean had gone. On two occasions, I used txt4life. I understood the feelings of desperation that Sean was going through at the end of his life. I reached that point of feeling like there was no way out.” 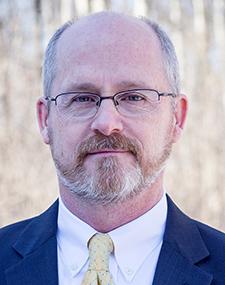 At this low point, and then later, at another, Sommer sent the message “LIFE” to 61222, and a txt4life crisis counselor replied. Through a series of texts, Sommer told the counselor about her desperate feeling that life wasn’t worth living.

“The two people that were texting me from txt4life were so kind,” Sommer recalled. “They knew what to say to me. They knew when to stop and let me vent and when to step in and to talk to me.”

Though she can’t be sure that she would have ended her life without their help, Sommer said she will forever be grateful for their assistance.

“I don’t know if I would’ve gone through with anything, but knowing that the txt4life was there was very comforting,” she said. “Knowing that service and the voice line are out there is a really reassuring feeling. They are life savers.”

The fact that Crisis Connection saves lives at a time when suicide rates are rising across the state only serves to increase Eastwood’s anxious feeling about what could happen if the program were shut down.

He said he wants to tell legislators: “If you don’t like us for some reason or don’t think our quality is good enough, put this line out to bid. We don’t have to have the contract. We simply think this service is vital to the state. It just has to exist for crisis mental health care in Minnesota.”

Eastwood wonders: If Crisis Connection shuts down, what will happen to the people who will continue to call the number?

“Once a number like that is out there in the world, it’s out there,” he said. “It’s been published all over the state. No one has been able to answer for me where we should send the phone calls if we don’t get the funding. We are working on a number of contingency plans to hold on to what we can, but we are moving into uncharted territory. It’s a troubling time.”