No one is more familiar with Minnesota drug-abuse statistics and policy than Carol Falkowski. As CEO of Drug Abuse Dialogues, an organization that delivers training workshops about drug abuse, and author of the ongoing Drug Abuse Trend Reports, Falkowski has a unique understanding of the impact of substance abuse in the state.

So she was the obvious choice to be keynote speaker at “From Statistics to Solutions: Addressing underlying issues of youth substance abuse,” Minnesota Adult & Teen Challenge’s second annual statewide youth substance-abuse prevention conference.

“Carol is the biggest, most well-known drug abuse expert in the state,” said Tracee Anderson, MN Adult & Teen Challenge community engagement manager. “We thought she could bring so much to the conversation, so we were thrilled when she said yes.”

Falkowski, former director of the Alcohol and Drug Abuse Division of the Minnesota Department of Human Services, will open the daylong conference on May 11 at Hennepin Technical College in Brooklyn Park.

She said her talk will focus on the state’s opioid addiction crisis and its impact on teens and young adults.

“My remarks will communicate how the landscape of substance abuse today is different than it was even five years ago,” Falkowski said. “These changes are significant, rapidly changing, and they effect the entire state.”

“My most recent report on drug abuse trends shows that from 2015-2016, the number of overdose deaths from opiates in Hennepin County went from 97 to 153. That’s a 57 percent jump. In all the years I’ve been reporting these statistics, there’s never been such a dramatic increase in deaths from one year to the next.” 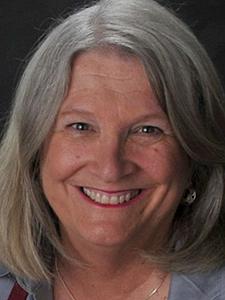 Part of the reason that the landscape has changed is a broader acceptance of drug abuse in the general public, Falkowski said: “For the first time in history 60 percent of Americans favor marijuana legalization. When fewer people think drug abuse is harmful, more people use.”

The number of young Minnesotans abusing illicit opioid-based drugs has also increased dramatically, Falkowski said. Dangerous changes in the composition of those drugs are likely a significant factor in the spike in overdose deaths in the state.

“I see some major tipping points in the area of substance abuse,” Falkowski said. “More adolescents are now smoking marijuana than cigarettes. A second issue that is a major game changer in drug abuse is the introduction of fentanyl and other synthetic drugs in into the illicit drug supply. Whether it’s street drugs sold as powders or counterfeit pills that resemble legitimate prescription drugs, both of these things can contain fentanyl, which, because of its potency, can quickly result in overdose or death.”

Falkowski added that there is another drug that has also entered the state, further contaminating the illicit drug supply. “The Hennepin County medical examiner’s office had a press conference several weeks ago on carfentanil, a powerful substance used in sedating large mammals like elephants,” Falkowski said. “Several related deaths have occurred here, and they just had their first in Wisconsin. It’s always been an uncertain proposition when people buy substances illegally. The consequences are now more fatal than ever.”

Falkowski’s talk will give the conference’s some 450 attendees, who, Andreson said, are largely expected to be professionals in the fields of “law enforcement, public health, government and youth work,” an overview of the latest drug abuse trends.

Following the keynote, the meeting will be structured in four moderated panels.

The first, titled, “What Are They Thinking? Drug Abuse and the Brain,” will feature a discussion of adolescent brain development and its impact on drug use and addiction.

The second panel is called, “Co-Occurring Disorders and Addiction.” “This is one of the main focuses of this conference,” Anderson said. “Panelists will discuss the role co-occurring disorders have on the addiction process.” 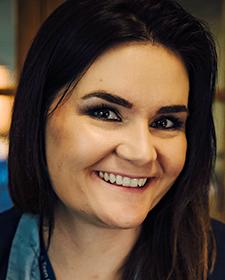 The third panel is titled “Treatment and Approaches.” “We realize that there are multiple settings for treatment,” Anderson said. “Panelists will discuss the different treatment programs available in the state.”

The final panel, “Recovery and Re-Entry into Society,” will have a practical, solutions-focused approach. “We want to focus on what works,” Anderson explained. “It seems that in our culture we can get too focused on admiring the statistics and not moving toward solutions. We really want to break the cycle here and start talking about what’s actually working.” The panel will feature professionals who specialize in re-entry after substance abuse treatment.

Anderson said that last year’s conference was praised by attendees because the focus was forward-thinking, with opportunities for sharing successful collaborative strategies combined with a realistic perspective on the crisis at hand.

This year’s event will have a similar focus, she said.

“The basis of this conference is about prevention and how we can work together to prevent young people from going through a terrible addiction. The youth years are a prime time for teachers, doctors and other key adults to develop good relationships with youth so they don’t have to go through addiction.”

Falkowski said she remains convinced that the best prevention strategies are multipronged.

“They key to effective prevention boils down to the same message being delivered by different messengers. Those messengers are families, schools and communities. Too often if you talk to parents and they will tell you they talk to their kids about drug abuse. But if you talk to kids they’ll say that their parents don’t talk to them about it at all. And  schools are sometimes reluctant to address drug abuse until some horrific tragedy strikes. Likewise communities are often reluctant to dive in because they don’t want to be labeled as a ‘drug-abusing’ community.’ ”

But desperate times like the ones we live in now call for desperate measures, Falkowski said: “Given the gravity of this situation, everyone needs to get past their hang ups and do whatever they can to have meaningful conversations with the young people in their lives about the actual risks involved in drug use.”

Events like this conference can be a way to get the message across that everyone in the community can help to slow the rate of addiction and overdose death in the state, Falkowski said.

“Everyone has a role to play in reversing the opioid crisis. If people are unclear about what their role is, hopefully an event like this will provide clarity. I want to use my talk to light a fire under people so they realize that they have a role to play in fighting this crisis.”