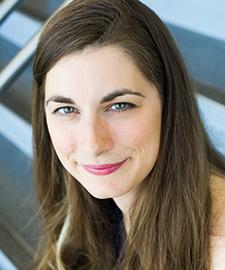 Many people assume that suicide is most common among troubled teenagers, or distressed young veterans recently returned from war. But the truth is that white males between the ages of 45-65 accounted for 7 out of 10 U.S. deaths by suicide in 2015. And many of these men gave little outward warning that they were contemplating ending their lives.

Take, for instance, the recent suicide of Chris Cornell, the 52-year-old Soundgarden frontman. While Cornell had struggled with mental health and addiction issues in the past, his friends and family members felt he was doing well in recent years. They expressed shock that he had ended his life.

Kaz Nelson, M.D., assistant professor and vice chair for education in the Department of Psychiatry at the University of Minnesota, works with patients with depression and other forms of mental illness that can lead to suicidal ideation. This week, Nelson and I spoke about men and suicide, and ways people can recognize and reduce risk factors in their loved ones.

MinnPost: Middle-aged white men die of suicide at higher rates than any other group in the United States. Why is this? And why are people surprised to hear this fact?

Kaz Nelson: I think part of it tends to be that many other demographic groups are really vocal about asking for help and more vocal about the issues that they are struggling with. Teens are definitely at a time in their life when they struggle, but they tend to have more resources, people and places like family and school and friends where they can talk about those struggles. Middle-aged men tend to be more silent about their problems. They’re not trained or encouraged to ask for help or seek help. Men in this age group are notorious for not going to the doctor’s office for physical ailments or for actively seeking mental health care. Men and boys are often encouraged to arrive at solutions independently. They are not encouraged to engage others in their problems.

MP: Can a man have serious thoughts of suicide without his friends and family being aware that something’s wrong?

KN: It’s not that uncommon. Earlier this month, news came out about the suicide of a suburban school principal. All of the public accounts that I’ve read are that this was a father of three who appeared to love his life. People who knew him didn’t have any sense of the silent struggle that he must have been going through. He was successful at work and respected by his colleagues. His community was taken aback by his suicide. It wasn’t the kind of case where a person has been in and out of mental health services for some time before completing a suicide.

A suicide can seem like it came come from out of the blue. Chris Cornell’s death was like that. He had a history of mental health issues and substance issues, but everyone who knew him felt like he had arrived at a good place in his life. Then he killed himself.

MP: The presence of firearms in a home significantly raises the risk of suicide in the home, right?

KN: Yes. Both for the owner of the firearm as well as for anyone in the household with access to the firearm. Many times, when a gun is used to kill someone who lives in the home, that person is someone other than the owner of the gun. People might feel that owning a gun does not put them at risk for suicide, but it is a risk to have firearms in a home. This risk extends to the gun owner’s children and to any other people who have access to the gun.

MP: Are there signs that indicate that a man might be considering suicide?

KN: You can be pay attention to high-risk life events, say if there’s been a loss of a job or a diagnosis of a new, serious medical issue or a loss of status, like a demotion at work. Divorce is another major life event that can result in feelings of abandonment, loss or hopelessness. Experiences that are likely to result in shame or guilt can create difficult emotions that are hard for some men to tolerate. It might not be obvious at first that a man is struggling with intense guilt or shame. They often struggle silently.

MP: If a man in your life is going through difficult time like these, what should you do?

We know from post-suicide analysis that there are times when people who die by suicide gave no warning signs that would have prompted a loved one to intervene or express their concern. We cannot predict and prevent every single suicide. The best we can do is to be aware of particularly high-risk periods and look for signs that may be observable and intervene with expressions of concern and support. We should not shy away from that.

MP: What if the man you’re concerned about doesn’t directly respond to your questions or concerns?

KN: If you can’t get your non-talker to say much, one thing you can say is, “Just so you know, if you were to take your life, I would never recover.” You can express that feeling, which doesn’t rely on the person providing their thoughts.

Sometimes people who are thinking about suicide come up with a distorted idea that if they took their life that would lessen the burden on their family. You can do everything you can to say that that would be completely untrue.

People often say that suicide is selfish. That is a myth. From the point of view of the person who’s considering suicide, they are typically not interested in killing themselves for selfish reasons. They are often interested in killing themselves to relieve stress and burden on their family. They come up with the idea that if their family did not have to deal with the stress that they bring into their life, they would be much happier. A person who knows a man who appears to be thinking this way could say, “If you killed yourself, you would not make my life better. You be giving me the burden of being sad for the rest of my life.”

MP: Are there other resources you would recommend for people who are concerned about their loved ones?

KN: There is a resource called mental health first aid. It’s an 8-hour training course that people could go through to help them feel more empowered to offer help when they’re on the front lines with someone in mental health distress.

For instance, if someone was nervous about asking a question about suicide directly, then they might learn some good approaches in a mental health first aid course. But taking a course like that would be something you might want to do before there’s an acute problem. The National Alliance on Mental Illness (NAMI) is also a key resource to support family members and help them explore further assistance.

MP: Some people believe that some mental health conditions can be fatal, that suicide cannot be prevented in all instances. But others say that all suicides are preventable. What’s your opinion?

KN: As psychiatrists, we talk about this a lot. We feel a tremendous obligation to prevent every single suicide in the patients in our care, while still knowing that even when we practice the best medicine we can, there will still be fatal outcomes of some mental health conditions.

The goal is to put every ounce of effort into preventing suicide because usually the window in which someone is suicidal is temporary. If we can intervene and help a person through these moments, in time their feelings of self worth will resurface and they can continue with their life.

As psychiatrists we tell ourselves that we cannot become paralyzed by guilt if we are not able to prevent a suicide, particularly if we did everything that we could to prevent it. It’s a little bit like cancer: Some cancers we cannot cure, but that does not mean we aren’t going to try to work on every possible approach to stop this disease. Every psychiatrist I know wakes up in the morning to come to work to prevent a suicide.

MP: What made you choose to become a psychiatrist?

KN: I’m interested in the idea of social justice and reducing stigma. Of the many things that are unfairly stigmatized in our society, mental health and substance use continue to fall at the top of the list. These are conditions that are highly stigmatized, and this stigmatization is unnecessary and painful and contributes to the problem. I’m interested in battling that stigma and improving education about psychiatric and substance use conditions. I try to do that in my work.

MP: People talk about the concept of “recovering” from mental illness. Do you think that’s possible?

KN: If a person’s functioning is impacted by thoughts, feelings and behaviors that meet the criteria for psychiatric treatment, we have powerful treatments that can be used to improve mental health over time. It is possible to be in remission or in recovery from a mental health episode. Some mental health conditions are more chronic, like diabetes, but I believe that psychiatric conditions that are chronic can also be managed.

I experience recovery every single day in my patients. They have really remarkable life stories. People are able to endure things that require a lot of strength. They are able to use that strength moving forward to build resilience.

MP: Some people with diagnosable mental illness don’t want to “recover” or change the way their brain works. They feel that their mental illness is a part of who they are.

Kaz Nelson: Middle-aged white men at higher risk for suicide; how you can help