With Minnesota’s unemployment rate hovering at 3.7 percent, it seems like it should be fairly easy for just about anybody to get a job.

But if you are a person who has been diagnosed with serious and persistent mental illness (SPMI), your employment prospects are far less rosy.

Just ask Carrie Framsted, an employment specialist at Vail Place, a Twin Cities-based clubhouse that provides support and advocacy for people with SPMI. “Nationally, only about 16 to 17 percent of adults living with serious mental illness are gainfully employed,” she said. “For our membership, it is often challenging to get any type of job opportunity.”

Serious mental illness can derail a person’s work life, Framsted explained, which means that many Vail Place club members have large gaps in their employment histories. Years of disability also mean that many have rusty job-search skills. “They often don’t get the opportunity to even do a job interview,” she said.

Founded in 1981, Vail Place is part of the international clubhouse movement, which is based on the idea that individual members are part of a larger community of people working together to achieve a common goal of recovery from mental illness. A central feature of the clubhouse model of recovery is the “work-ordered day,” where individual members’ lives revolve around meaningful work. Meaningful work can be everything from helping out around the clubhouse to volunteer commitments in the community to paid jobs at local businesses.

“Once you’ve got an active and fun and engaged life the other challenges in a person’s life become less important,” Framsted said. “Human beings have to have something to do. It gives you a goal that you’re working on. You feel good about it.”

Each member’s definition of meaningful work varies, but many are interested in finding paid employment. Vail Place staff includes several employment specialists like Framsted whose focus is on helping members find work opportunities in the community.

It’s not always easy. Some club members’ SPMI symptoms can make holding down a job hard, and they need extra support to get up to speed in a work environment. Framsted and her colleagues coach interested members in job search skills, resume writing, interview etiquette and even transportation basics.

For club members who need an extra leg up to nail down a job, Vail Place has established partnerships with local employers where club members can be hired for temporary positions with the potential of permanent placement. Employment specialists help train club members in the job and guarantee backup if the club member can’t come to work.

“We try to have the relationships set up with employers in advance,” Framsted said.  A Vail Place job coach supervises everything, even helping members learn how to get to their job on the bus or train. “We’ll meet a member at their job, help them fill out their application. At the beginning, the staffer who has the relationship with the member will work with them at the job for as many days as necessary until they are able to do the job on their own. Then we’ll weed ourselves out of there.”

This arrangement works well for employers. “The employer doesn’t have to invest all that much time to be successful with our members,” Framsted said. “We work with the member to help them avoid any stressors. And we work with the employer to anticipate and smooth over any problems. It all adds up to a pretty successful opportunity for people to return to work — and for the people who employ them.”

‘The guys all become part of the family’

Several years ago, staff at Vail Place pitched the idea of a partnership to Sea Salt Eatery, the popular seafood restaurant overlooking Minnehaha Falls in Minneapolis. Clubhouse members would be hired as dishwashers, and employment coaches would guarantee they were trained and ready to work. Sea Salt took them up on the offer.

Bill Blood, Sea Salt general manager, said that Vail Place employees have been part of the restaurant workforce for as long as he can remember. “When I started working here, there were dishwashers from Vail Place one or two days a week,” Blood said. “Now we have a Vail Place dishwasher every day of the week during the day and one to two dishwashers every night.”

He said he’s impressed with the work ethic of the Vail Place members who’ve been selected to work at Sea Salt. They’re well trained and enthusiastic about their jobs.  “The Vail Place guys are all great,” Blood said. “They all have their quirks, but so does everybody. It’s been a great experience for everyone. Most of our employees are younger college-age kids who are used to interacting with people their own age. At first some of them think, ‘Who are these weird guys doing the dishes?’ But when they get to know them they see they are great. A lot of our workers don’t even realize that these guys have mental health issues.” 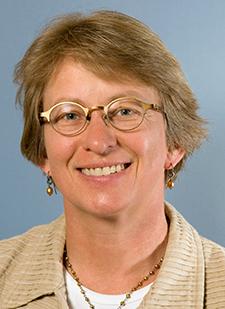 When Blood started working at Sea Salt, the dishroom was in a corner of the building, set off from the rest of the restaurant and the workers there were isolated. But a recent remodel moved the dishes into the center of the action. Blood thinks it’s been a good move. “The dishroom workers are right in there with everybody else,” he said. “There are nights when we’ve gotten so busy that we have to send other employees back to assist the dish crew. These guys used to be tucked away on their own, but now they’re more involved with everybody.”

Making closer connections is good for everyone on staff, Blood believes. “Once you get to know these guys you realize they are just like everybody else,” he said. “You wonder why they are part of Vail Place. They are such nice guys. Most of them are kind of lonely. It helps them to be out in the workplace and involved with other people.”

The guarantee that Vail Place will provide a replacement worker if a clubhouse member can’t come to work has been a godsend, Blood said. “The guys might have a doctor’s appointment or have a family crisis,” Blood said. “Vail Place will send somebody over to cover for them, which is nice. I wish all of our employees had a program like that.”

Framstead explained that the Vail Place employment program starts most clubhouse members as temporary employees, but they are given the opportunity to move up to supervised permanent work — or to eventually become independent workers.

“There have been a couple of guys who’ve worked here through Vail Place and then they’ve moved on from Vail,” Blood said. “They wanted to continue working for us. The guys all become part of the family.”

Working side by side helps break down stereotypes, Blood added. “There are so many depictions in movies and TV of the guy with mental illness who is strange or dangerous. But that’s not true. I think everybody at the restaurant understands that the guys who work here are just like everybody else.”

Sea Salt isn’t the only employer that’s involved in a partnership with Vail Place. Other local companies that employ Vail Place workers include Kowalski’s Markets and Coastal Seafoods.

But Framsted and her colleagues would like to add even more employers to their list of partners. “I’m out there all the time trying to develop more relationships with employers,” Framsted said. “I tell them how many clubhouse members there are who currently working in the community. These are dedicated individuals who will be successful workers. They’ve made a quarter-million dollars collectively just his year. That’s a benefit to everyone.”

And it’s not just an economic argument, Framsted added. Working with Vail Place is, she said, “a wonderful opportunity for employers to help a marginalized community that is already dealing with a multitude of challenges in life. When they are given the opportunity to do a job in the community, our club members are able to work and contribute to society and have a purposeful life.”

Sometimes employers are concerned about the possible ramifications of hiring a person with SPMI. Could the Vail Place club member be an unreliable worker? Is there a risk of negative interactions between the worker and the community the employer serves?

Framsted recalled the reaction of a local church when she approached them with the idea of hiring a Vail Place member for an open position. “We tried to connect with the church to get a transitional employment program going. At first they said, ‘No. We’ll go the traditional hiring route.’ Then, a few months later, the church called us and wanted to give our program a try. It seems they’d already been through two people who quit. We connected them with a member. So they loved him so much over there that when he found another job, they didn’t want to let him go. We found another club member for the position, and they love him too. He’s been there a year and half and they’ve never been happier.”