It wasn’t the first time Kevin Joyce had gone running, but for some reason the first time he laced up his shoes and went out for jog with the Minnesota Adult & Teen Challenge men’s run club, something clicked.

“When I entered Teen Challenge’s long-term recovery program, they told me that the run club was meeting at 5 a.m. the very next day,” Joyce recalled. “I got up early and participated. It was therapeutic. It was calming. It felt right.”

So right that during the 13 months he lived in Minnesota Adult & Teen Challenge’s long-term Christian-based sobriety program, Joyce made the commitment to get up with the sun two days a week and join other clients on supervised group runs led by longtime volunteer coach Dan Morse.

The club turned out to be an essential part of Joyce’s recovery program.

“It didn’t take long for me to discover that running is mentally, emotionally and physically therapeutic,” he said. “Before, I relied on alcohol to numb a lot of my issues. Now running takes care of a lot of that.”

Morse, who years ago joined his wife as a volunteer at Adult & Teen Challenge, founded the running club in 2008 when some of the men in the program learned that he was a serious competitor who’d taken part in hundreds of races.

“When they found out that I was a runner,” Morse recalled, “a group of the guys asked if I’d take them out on a run.” Participants in Adult & Teen Challenge’s long-term recovery program cannot leave the facility without supervision. With Morse’s consent, the group of men asked for permission for him to take them on regular training runs in the community.  “Before the running club, the men weren’t able to leave the house unsupervised,” Morse said. “This was a healthy way for them to get outside and move around.”

Joyce’s life before coming to Adult & Teen Challenge was a series of stops and starts. A self-described alcoholic who was also addicted to cocaine, most of the time he managed to keep up appearances at work while his personal life was falling apart.

“I was a lawyer for 15 years in Chicago,” Joyce said. “I first made the decision to stop drinking 10 years ago. I went to several treatment programs. I’ve been to 300 AA meetings. Nothing I did for 10 years seemed to work. I never stopped drinking until I got to Teen Challenge.”

What worked for Joyce was Adult & Teen Challenge’s Bible-based approach to recovery combined with the regular discipline of the twice-weekly group runs.

“Teen Challenge required me to open the Bible,” Joyce said. “My brain started to change when I did that.”

Adult & Teen Challenge’s long-term recovery program lasts for 13 months — plenty of time for participants to do some serious soul searching. Joyce transformed the way he saw himself during treatment, and after graduating from the program in May 2017, he took a job as a legal liaison for the organization.

“Before signing up for this program, my identity was as a crazy Irish drunk,” Joyce said. “Now, my identity now is as a child of Christ — and also as a runner.”

Being a member of the running club, committing to getting up early and running 3, 5 or more miles in any kind of weather, is a good test of character, Morse said. Men who commit to running with the group on a regular basis are often the most successful at achieving and maintaining their sobriety.

“Running is doing something that is healthy for your body,” Morse said. “Most of these guys haven’t spent time doing anything positive for their health in years. When they see how much good they are doing for themselves, they don’t want to stop, and that’s the first step to turning away from their addictions.”

For Joyce, the regular runs helped him appreciate his renewed health.

“When you live a certain way for 30 years and you are dependent on drugs and alcohol to make it through the day,” he said, “there is a hole that’s created when you take that away. Running turned out to be a very healthy alternative to drugs and alcohol, a way to fill that hole. I decided to stick with it.”

Every Tuesday and Thursday morning at 5, Morse arrives at Adult & Teen Challenge and picks up any men who would like to accompany him on a run.

Despite the early hour, the club is popular with program participants.

“I probably have close to 60 guys that are running with me right now, and more like 25-30 that are really committed,” Morse said. “On the run this morning, there were 30 guys. Last Thursday there were 34.” 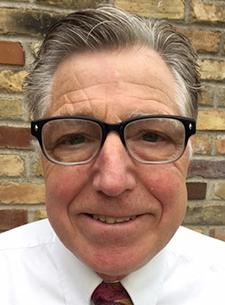 Maintaining a running tally of participants comes naturally to Morse, who works as a biostatistician for 3M.

“I like to keep track of statistics,” he said, “like: How many times has each guy run? What are their scores? Where are they in the top 20 runners? How many mornings have they run in a row?”

With his wife’s encouragement, Morse decided to turn his statistics into a motivator.

“My wife thought I should offer incentives for participants, so I went out and got some running stores to sponsor us,” he said. “After 10 runs, I give the guys a running T-shirt. After 50 runs, they get a jacket.”

Joyce has turned into one of the running club’s biggest promoters, Morse said.

“Kevin is a really good recruiter. The guys are having fun out there, so it brings in other people who wouldn’t normally participate. Last year, I remember one of the guys saying that he felt like the guys who are in the running club aren’t getting in trouble, so he felt like it was better to hang out with them so he could stay clean.”

As the months passed, Joyce started to see the running club as a kind of team, a group of individuals who came together and supported one another through physical challenges and celebrated victories. Through this group, he found new meaning in his life.

“When you run with a group of people there’s an accountability factor,” he said. “It’s been a real blessing.”

Morse likes to encourage the men in the club to build an addiction to running. For a significant percentage of club members, it works. “If you have an addictive personality like these guys do,” he said, “transferring to a running addiction is isn’t the worst thing you could do.”

It’s easy to stay away from chemical addiction when you are living full time in a recovery program, but eventually all Adult & Teen Challenge participants must graduate and head back to the real world. One way to promote that transition, Morse thinks, is to introduce his runners to yet another healthy addiction: Training for and competing in road races.

Racing is a way of life for Morse, who’s run 451 races in his lifetime so far. He thinks that even the most reluctant athletes in the program can build a sense of confidence and accomplishment through regular physical activity and competition.

“Even if they’ve never run before they came here, if they stick with the program, within a year they’ll be running regularly, and by the time they graduate they’ll have run 8 to 10 races,” he said.

This is an amazing accomplishment for men like Joyce who spent years abusing their bodies. To be able to push oneself to the limit and then go even further breeds self-confidence and pride.

“For many of the guys, racing is something they wouldn’t usually be exposed to,” Morse said. “We have a whole bunch of guys in the program who wear 2-XL shirts and would’ve never have thought of themselves as a runner.”

Morse said he never tires of seeing that look of first-time race excitement: “Since I’ve run 451 races, I might be a little jaded, but it is fun to see the look on the faces of the guys who are out there for the first time. You get to see how excited they are.”

The group participates in one race a month year ‘round, so entrance fees can add up.

Morse has worked with race sponsors to get a certain number of entrance fees waived for area races. “Several organizations give us free entries,” he said. Earlier this month, for instance, RBC Race for the Kids gave MN Adult & Teen Challenge 15 free entries.

Once again, Morse’s statistical tendencies come in handy: “The 15 runners with the best attendance records got free entries,” he explained. “It encourages people to come and run a lot, to not miss a single run. If you miss two times in six weeks, you may be on the outs.”

Joyce said he found out that when you stick with the program, the benefits extend well beyond free race entries.

“You get out there and run a few times, and then you start to establish a habit of something healthy,” he said. “I graduated from the program a few months ago, but I’m not stopping. Running is now part of my identity where drugs and alcohol were part of my identity before. Since I began running with Dan, I’ve done 11 races within the last 11 months. Now I’m training for the Twin Cities Marathon.”

Each year, in celebration of the healing power of physical activity, Minnesota Adult & Teen Challenge sponsors Freedom 5K, a run/walk that is free to all program participants and open to the general public. Even clients who are not part the running club can participate. This year, the race will be held on Sept. 23 on Harriet Island in St. Paul. The race is a fundraiser for Adult & Teen Challenge programs. Individuals and groups can register online.

The run to recovery: How the Minnesota Adult & Teen Challenge promotes sobriety