It cuts across all ethnic groups and social classes. By some measures, fetal alcohol spectrum disorder (FASD) is as common as autism. Children whose development was negatively impacted by their mothers’ alcohol consumption exhibit developmental delays, psychiatric and social struggles and educational challenges. Yet research on prenatal alcohol consumption and interventions has only gained significant ground in recent decades.

This summer, Wozniak was awarded a $1.7 million grant from the National Institute on Alcohol Abuse and Alcoholism to expand his FASD research. He and a group of colleagues will be studying MRI brain scans of 90 children with FASD between the ages of 10-16, looking for subtle changes in their brain development over time. Wozniak explained that the study is part of a larger collaborative effort between researchers worldwide who are working to understand the impact of FASD and to develop new treatments for children who suffer from prenatal alcohol exposure.

When I spoke with Wozniak recently, he told me that advances in brain imaging technology means that this is an exciting time for FASD research: “The technology is moving so quickly that we are making new discoveries every day.”

MinnPost: How will you be tracking your subjects’ brain development?

Jeffrey Wozniak: We are using MRI techniques to look at the brain in ways that are beyond what’s typically done with a normal MRI. We are looking for abnormalities in the way these children’s brains have developed as result of having been exposed to alcohol during fetal development.

The kids in this study will get scanned twice. The scans will happen 15 months apart. We are paired up with another study of typical brain development that is looking at 1,200 kids. We are going put the data that we collect on kids with FASD up against that study’s data on normal development. We will look at where the abnormalities are in terms of this 15-month period that we are focusing on. The data from the larger study will serve as a background on the normal span of brain development in children.

MP: What inspired you to focus on children and adolescents with FASD?

JW: I’m a clinical psychologist. I see kids clinically for all different brain development reasons. The complexity in these kids is what inspired me to study them from a research perspective. I had seen many of these kids and adolescents in my practice and was already clinically aware of how complex their development was based on the early brain damage that they’d experienced from prenatal alcohol exposure.

MP: Can you tell me more about what you mean when you say that kids with FASD have “complex” development? 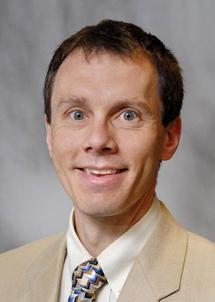 JW: It’s multidimensional. These kids have cognitive and learning problems. They also have higher rates of mental health disorders. There’s also emerging literature that shows that kids with FASD have higher incidence of later-life medical problems related to the early insults to their fetal development caused by alcohol exposure. These medical problems are known as DOHaD, or Developmental Origins of Health and Disease. Prenatal alcohol exposure can have an influence on the development of a person later in life. Adults with FASD may have higher rates of certain conditions, including obesity and diabetes, related to the earlier insult to their fetal development.

MP: How common is FASD?

JW: Some 2-4 percent of the world’s population is affected by prenatal alcohol exposure, so this is not a rare population. And it is not specific to any group of people, any part of the country, any socioeconomic segment. It happens worldwide. It is a very common problem. I have collaborators in Europe, Canada, Africa, Asia, all over the world.

MP: When I was expecting my children, I was told that it was not safe to consume any amount of alcohol. Lately it seems like some of those rules are loosening. Is it ever safe to drink while pregnant?

JW: The stuff that we’ve been seeing in the media recently about alcohol consumption and pregnancy is pretty wrong-headed and demonstrates a very poor understanding of the science. There is no clear answer to the question, “What is the minimum amount of alcohol that’s safe to drink when pregnant?” There are so many different factors that go into it, including the mother’s genetics and the birth order of the child or the amount of food consumed with the alcohol or the quality of the mother’s nutrition. We will never have an absolute amount that’s safe to drink when pregnant. We will never be able to say, “This amount is safe and this amount is not.” It is too dependent on other factors.

MP: That sounds like a clear message to me.

JW: It’s an important message. Animal studies make it clear that one single episode of binge drinking is enough to cause permanent damage to the brain of a fetus. That’s one binge episode. I’m not talking about drinking every day throughout a pregnancy: One episode can cause damage. And those incidents can occur pretty early, often before a woman even knows she is pregnant.

MP: You’ve conduced other studies on FASD in the past. How is this study different?

JW: This current study is a new phase of our research. We actually had upward of 200 kids in our last study. This work is a continuation of that study where we will be refining our MRI techniques and focusing on looking closely at networks in the brain as the child is developing. We will be looking at how those networks are changing. This new phase of the study will focus on the longitudinal part of the research, how our subjects change over time.

MP: What do you hope to discover?

JW: These kids are somewhat difficult to diagnose. Some have fairly obvious characteristics like abnormalities in their face and their growth. But many do not. We are looking at subtle abnormalities in the brain that help us diagnose kids at earlier ages and avoid having some of them slip through the cracks.

MP: Why is it important for a child to have a FASD diagnosis? Can’t kids and their families get along just fine without that knowledge?

JW: Not having a diagnosis might mean that a child might not be getting the appropriate kinds of services when they need them the most. They might not have a good plan in place academically to help them get the most out of their education. They might not have a good understanding of why things are more difficult for them than they are for other kids. Knowing a diagnosis is helpful for families in terms of understanding the learning and behavioral problems that a child might be experiencing because of FASD. It is helpful to have a name and an understanding of where things are headed, to understand that this is developmental disorder.

MP: Once a child is diagnosed with FASD, are there therapies that can help them keep on track with their peers?

JW: There are a number of different interventions that can be introduced that can be helpful with math problems, for instance. This is a common problem with this group of kids. They have difficulty learning the concepts and execution of math.

We also know that these kids behaviorally tend to be impulsive and have problems regulating their behavior. They are known to display inattentiveness and hyperactivity. There are skills that can be taught that help kids learn to regulate their behavior and have an easier time navigating social and academic situations.

And there are also experimental interventions that are being developed to help kids with FASD. Currently I’m conducting another study in which 2- to 5-year-olds with FASD are taking nutrients that may physically help change their brain development.

MP: Why would a family want to take part in a study like yours? Is there a clear benefit to participation?

JW: The reason that people participate in a study like this one is to advance knowledge. For the most part research is about contributing. People understand that when they sign up for studies. They want to be participants in science and in pushing the development of stronger therapies and treatments. They know they are contributing to science. They aren’t doing it for their individual kid. Their real motivations are altruistic.

Because there is so little research in this area every study that we produce is really making a significant contribution. We haven’t been studying this condition for very long.

MP: Since the negative impacts of alcohol consumption during pregnancy are clear, why is the body of research on FASD still relatively small?

JW: Part of that has to do with the stigma that still exists around alcohol and pregnancy. Since alcohol is legal and commonly consumed in our society, people have built up a block in terms of their belief that it is harmful to brain development in fetuses. And many people think that this disorder happens only in certain groups of society, to people who are poor or from certain disadvantaged backgrounds. But that is not the case. This is something that happens to people everywhere. It’s a complex societal issue and we need to study it carefully.