During the first months she lived in Minnesota, Sindhusha Kasinadhuni often thought about packing up and moving home. A software developer, she’d come to the state for a job at Ameriprise, leaving behind a boyfriend in Texas and a close-knit family in Michigan.

In Minneapolis, she felt alone and even a little bit depressed: no friends, no family, nothing to make her feel at home.

“I had a few breakdowns,” Kasinadhuni admitted. “I called my boyfriend and said, ‘I don’t want to stay here anymore.’ I called my parents and said, ‘I want to move home.’ ”

Then, on a Meetup search for local tennis groups, Kasinadhuni stumbled on a notice for Bollywood Dance Scene, a Minneapolis nonprofit that celebrates South Asian culture through dance and performance. Because she felt she had nothing to lose, Kasinadhuni decided to take a class.

“That first class was so amazing,” she said. “After one time, I told myself, ‘I finally have a reason to not go back to Texas.’ ”

Stranger in a strange land

Kasinadhuni isn’t the only newcomer who’s ever struggled with feelings of isolation and depression brought on by the experience of building a life in a new land. The experience is so common among recent immigrants and transplants to Minnesota that the cast and choreographers at Bollywood Dance Scene created “Love You Zindagi,” a Bollywood-style dance drama that premieres next month at Steppingstone Theatre in St. Paul. (Tickets are available here.) The performance is a central element of MinneUtsav, Minnesota’s first-ever Bollywood performing arts festival, scheduled for Nov. 1-11.

“Love You Zindagi” is the story of Aisha, a young Indian woman who arrives in the United States after an arranged marriage, said Vandana Sharma, Bollywood Dance Scene board member and lead choreographer: “She’s lost in her new home, struggling with depression with a new husband who’s only seen the good side of her.”

The “Love you Zindagi” story mirrors the experience of many of Bollywood Dance Scene’s dancers and board members.

“One of the reasons we chose this story path is because this story isn’t all that unusual,” Sharma said. “A lot of our dancers are in Minnesota because their husbands work in the U.S. Some don’t have jobs. They feel isolated. They find community in our dance group. Some of them could have had the same struggles as the girl in our dance.”

The common thread of the story felt particularly appealing to Kasinadhuni.

“I’m pretty sure everybody feels depressed when they first get here,” she said. “You are miles away from your family. You are alone.” While many women feel this way, men do, too, Kasinadhuni added. “They are coming away from their families and trying to make their way in a new world, working in new jobs and living in new communities.”

“Most people who come from arranged marriage have lived surrounded by big families at home,” Sharma said. “They are used to being in big cities, having all these people around them. Moving to Minnesota, they see that it is not crowded, not lively at nighttime. And then people often move into these little suburbs. They don’t see people who look like them. It’s no wonder they feel lost and alone.”

In “Love You Zindagi,” Aisha at first tries to keep her depression a secret. When she finally admits to her sadness, her mother first says it is nothing, that it will get better in time. But it doesn’t.

“Her mother says, ‘Don’t talk about it,’ when her daughter tells her she is depressed,” Sharma said. “She says, ‘You can call me but don’t let your husband know you are sad.’ People don’t understand that depression is actually a sickness.”

This response is all too common among the people she knows, Kasinadhuni said. 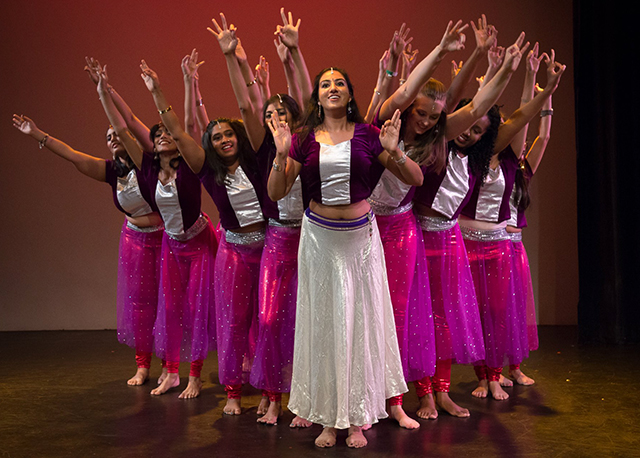 “Zindagi” tries to address this issue, lifting the veil of secrecy around mental illness and showing that it is OK to talk about your emotions and ask others for help.

“If you had cancer, you would seek help from a doctor,” Kasinadhuni said. “It’s the same for mental health. This is an illness, too. You should treat it that way. You need to see a doctor and get help.” Audience members will have an opportunity to speak to a panel of mental health experts at some of the performances.

The focus of the MinneUtsav festival, which also includes Bolly to the Max, a body-positive fashion show, and BollyProv, Bollywood-inspired improv comedy, is on encouraging open discussions about mental health. A percentage of proceeds from two of the shows will go to support mental health nonprofits in the South Asian community.

“We’ve done a fashion show and play outside different events,” Sharma said. “We want to focus on mental health in the community. In South Asian culture it is still such a taboo to speak about depression or other kinds of mental illness. If you say you are depressed, people are always saying, ‘You don’t have that.’ We want to change that way of thinking.”

The storyline of “Love you Zindagi,” works to spread that message of the importance of open communication. “Aisha eventually does find help,” Sharma said, “She opens up to her husband. She makes some friends that she is able to talk to. She is able to write. She starts going to a doctor. It’s not an easy fix, but by the end she is moving in the right direction.”

Taking dance classes is one way that Kasinadhuni started to feel that she was finally moving in the right direction. At Bollywood Dance Scene’s Thursday night drop-in classes at Tapestry Folkdance Center in Minneapolis, she found a welcoming community of dancers of all backgrounds and experience levels. It was just what she needed.

“Bollywood dancing gives you lots of opportunity to meet a range of people who are not just from India,” Kasinadhuni said. “It is like a proper family. Today I can call my parents and say, ‘I finally have a family in Minneapolis, too.’ I feel so much happier here, so much more at home.”