Creative Commons/Be.Futureproof
Students for Opioid Solutions cofounder Gerald Fraas: “About 2,000 people between the ages of 19-25 died of opioid overdose in 2015.”

The organization, formed in September 2017 by Gerald Fraas and Jonah Wendt, students at the University of Alabama and Trinity University, in response to the dorm room overdose death of a friend, has taken off quickly, fueled by its stated goal of training residence hall advisers and security officers to identify signs of opioid overdose and administer the lifesaving drug Naloxone.

Faupel, a Rochester native and chair of Minnesota College Republicans, met Wendt when she was interning in Washington, D.C., at the conservative fundraising firm DeLullo and Associates.

“We were at different networking events and became friends,” she said.  “When he and Gerald started this organization he reached out to me.”

Faupel was excited by the potential of working with an organization that she felt could make a real difference for her fellow students. Part of SOS’s strategy for advancing its mission on campus is to craft and pass student-government legislation that can influence university administrators to make real change on campus.

“Gerald sent me an example of legislation that they had presented at Trinity in Texas, and I said, ‘This is really awesome,’ ” Faupel recalled. “I’ve been in student government for two years. A lot of time it is difficult to get bipartisan things passed, but I think this could work.”

Another important measure that SOS advocates for is inclusion of “good Samaritan” clauses that would protect students who report an overdose of a friend from campus prosecution. They also want to encourage universities to report the number of student opioid-overdose deaths in their annual public drug-and-alcohol reports.

“We are not trying to encourage or enable drug usage,” Fraas said. “We are just trying to provide a safety net. Too many schools want to give off this Disneyland façade in how they recruit their students. They don’t want to admit they have a problem with student addiction until it’s too late. We want to stand for public accountability, for encouraging universities to be honest and open about the problem.”

Though she said that she “has not had any personal connections to the opioid crisis,” Faupel explained that she is aware of the easy access most university students have to opioid-based drugs. 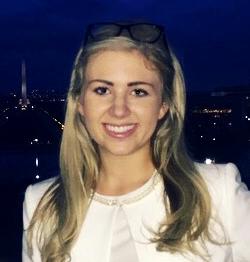 “In my close-and-personal friend group I haven’t seen very much drug use, but I know that opioids are readily available,” she said. “You hear about them being sold and students taking them recreationally. I’ve seen a lot of that on campus, which could start a crisis.”

One way that many of Faupel’s contemporaries are introduced to opioids is through a common rite of passage.

“I live with six girls,” she said. “Every single one of us had our wisdom teeth pulled out in the last couple of years. Afterward, we were all prescribed something for pain, usually Oxy or Vicodin. So it is very present. Whether it is abused or not it is hard to measure.”

Fraas argued that opioid abuse and overdose deaths among young Americans is more common than many would like to admit.

SOS’ strategy, Fraas explained, is to build connections to as many colleges and universities as possible, appointing campus captains like Faupel at each one. Individual captains are then responsible for shepherding the overdose legislation through their school’s student government.

The organization is in growth mode, Fraas said: SOS has appointed campus captains at 27 universities in 20 states. “We range from a small private, religious liberal arts school in Pennsylvania to the University of Minnesota Twin Cities.”

Get enough young people involved, he believes, and change on a larger scale is likely to happen.

“In 16 states you cannot carry Naloxone without a full-on prescription,” Fraas said. “In 34 other states they have laws that say if you are in a position of authority, including a resident adviser or a campus security guard, you can carry it. It’s all a mater of education, of making young people aware of this problem and encouraging them to talk about the issue and work to make a change. What we’re trying to do is such a simple idea: Hopefully, before long we’ll have so many schools heading in this direction that other schools will just do it themselves without being pushed.”

Lacey Nygard, assistant director of public relations at the University of Minnesota, explained that U of M residence hall staff have pre-assigned roles in dealing with student health crises. 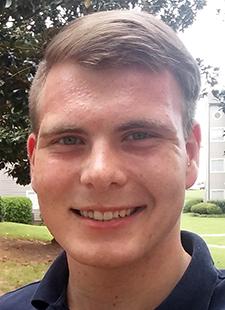 “Community adviser staff offer support, assistance and education for the students in the residence hall and apartment communities,” she said. “Health advocates are students who live in campus residence halls, apartments and fraternity and sorority houses. They help fellow students with health questions and concerns.”

Health advocates are first aid and CPR certified, but community adviser staff are not required to have that level of training. This is, Nygard said, because of the presence of university security monitor staff, who also have training in first aid, CPR and use of an AED.

In the case of health emergencies, Nygard said, community adviser response strategy is to call 911: “We have many resources nearby, including the security monitor staff, so response time is very fast. Security monitors are equipped with a first aid kit and a portable police radio to quickly respond to an emergency.”

Faupel said she is confident that even though the university’s policy does not match her organization’s stated goals, she believes that forging a compromise is a distinct possibility.

“I have a pretty good feeling that something like what we are aiming for could happen here at the U,” she said. “I can see us getting the support we need, bringing the issue in front of the right people, really doing what it takes to keep students safe.”