Tobacco use has been dropping in Minnesota for years, but there is one community where nicotine addiction remains stronger than ever.

“In the Upper Midwest, the smoking rate among mainstream Minnesotans is about 14 percent,” said Adam Kintopf, senior communications manager for the anti-smoking nonprofit ClearWay Minnesota. “Among American Indians, however, the smoking rate is 59 percent. These are communities that are experiencing really high rates of cancer, heart disease, any number of tobacco-related diseases. It is a big priority for us to do work where it’s needed most.”

In past years, ClearWay launched several public awareness campaigns in Indian Country about the dangers of smoking and ways to quit, but each met with limited success.

“We had not seen the kind of results that we had seen from our work with other communities,” Kintopf said. In search of ways to have a bigger impact, ClearWay held a series of meetings with members of the American Indian community, asking for support and guidance in trying to understand the dynamics of doing anti-smoking outreach in Indian Country.

Native community members did not hold back their criticism of the campaigns, Kintopf said: “We learned a lot of lessons about what we’d been doing wrong.”

Some of the things that Native community members told ClearWay staff that they had been doing wrong, Kintopf said, included, “looking in from the outside rather than doing a true collaboration with Indian communities, not letting them be the driver to improve their people’s health. We learned that we needed to change our approach.”

Kris Rhodes, CEO of the Minneapolis-based American Indian Cancer Foundation, said that Native people have good reason to be suspicious of public awareness campaigns produced and directed by people of European ancestry.

If a smoking-cessation campaign is going to work in the Native community, she explained, “It has to be a tribally driven solution. As Native people, we have this beautiful medicine called tobacco, yet it is killing us because it is being misused. As a community, we need to get a handle on it. That means reclaiming tobacco as our own.”

Thanks to this kind of advice, ClearWay, which was born in part out of funds awarded in the $6.5 billion tobacco settlement of 1998, has tried several innovative approaches to combating nicotine addition in the state’s American Indian communities.

“We give grants to Indian reservations to run tobacco-cessation education and secondhand smoke education,” Kintopf said. “We did an advertising campaign called, ‘Keep Tobacco Sacred.’ We’ve organized art shows around the idea of rejecting commercial tobacco use.”

But ClearWay organizers felt that there was still more that could be done.

“What we wanted to do was to put together a piece that would simultaneously resonate with people in Indian Country, but also educate outsiders about the unique dynamic of tobacco in Indian Country,” Kintopf said.

ClearWay had already worked with Twin Cities PBS (TPT) to produce other documentary programs about the tobacco industry, so staff decided that they’d like to produce a documentary that focused on traditional tobacco’s roots in Native communities, and on Native-led efforts to encourage community members to turn their backs on the use of commercial tobacco.

Hale’s community connections, filmmaking experience and deep knowledge of the topic were key to getting the project off the ground, Kintopf said.

“The approach we took in putting this production together was very different than the other films we did with TPT. We wanted to approach this project with the utmost respect and patience for the Native way of doing things, which can be different from the way non-Indian people approach a project. We wanted this film to be created and owned by Minnesotan American Indian people.”

A message in film

When Hale, who works as an associate producer at TPT, learned about “Reclaiming Sacred Tobacco,” she was thrilled.

“I’ve always wanted to do a production around that topic,” she said “It was perfect timing. When they came to see if I was interested in producing the film, I was immediately on board. It is a passion project.”

Hale, who grew up in Southern California but relocated to the Twin Cities several years ago because of the large urban Native population here, used connections she’d built as a youth anti-tobacco organizer for the Division of Indian Work to find a large list of organizers and activists willing to take part in her film. She interviewed subjects around the state, on rural reservations and in urban neighborhoods. 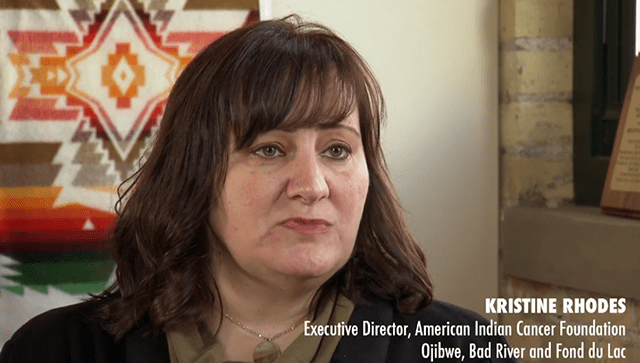 “This was one of the easiest projects I’ve ever worked on,” Hale said. “It went really smoothly. Everyone involved in the project was really accommodating.”

As part of the production, Hale built an advisory board that worked closely with her on every aspect of the film. “We had elders from the community that we got to work with as cultural advisers,” she said. “They saw rough cuts along the way and gave us encouragement that we were on the right track.”

Hale felt that even though they were well aware of the serious tobacco addiction that plagues the state’s Native community, the subjects in “Reclaiming Sacred Tobacco” were also hopeful that her project could help American Indians look at tobacco use from a different perspective.

“Everyone told me that they trusted me, and they were happy that there was a Native person producing it,” she said. “They wanted this project to succeed.”

The film, which premiered earlier this year, is already seeing success. It has been screened at several Native film festivals around the country. This fall, it was named Best Topical Documentary of the year at the Upper Midwest Emmy awards.

While that award was satisfying, Kintopf said, what’s been even more satisfying is the reaction “Reclaiming Sacred Tobacco” has received in the state’s Native community.

“We hosted a premiere event with people who had been interviewed in the film,” he said. “That was the real test, to watch their faces and to have people come up to us afterward and say, ‘Thank you. Nobody gets it. You did.’ The Emmy was a great honor, but the reaction from Native people who’ve seen it was worth more to us than any Emmy could ever be. The film Leya produced was even better than I could’ve imagined.”

From religion to addiction

Tobacco has deep ties to Native American culture. Before Europeans came to North America, tobacco was solely considered a sacred part of religious ceremonies. When tobacco companies began marketing the substance for commercial sale and adding addictive substances to the blend, rates of addiction among all Americans, but particularly Native Americans, began to rise.

Add to that the fact that for 100 years, it was illegal in this country for Native people to practice their traditional religious ceremonies, said Rhodes. It creates a perfect storm.

“Until 1978, when the American Indian Religious Freedom Act passed, American Indian people had to find a way to practice their spirituality in secret, in ways that they wouldn’t get them arrested,” she said. “One of those ways was to use commercial tobacco as part of their ceremonies. When you start using that commercial tobacco, things go downhill. You know how addictive that is.” 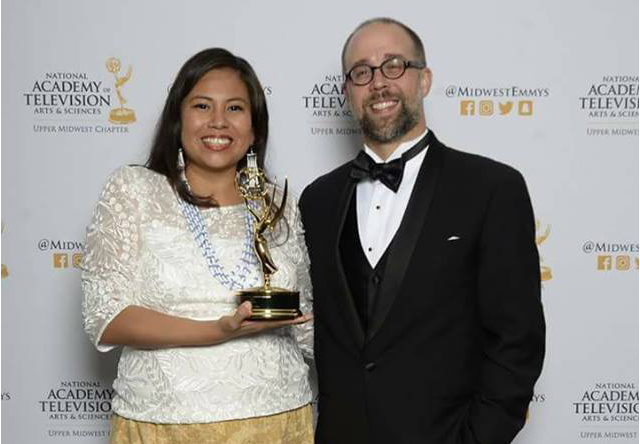 Rhodes said she thinks that “Reclaiming Sacred Tobacco” is “already having a big impact in the community. What we know for sure is the mainstream solutions haven’t worked. Those solutions may have brought the smoking rate down in other populations, but they just haven’t touched American Indians. The smoking rate for us is higher than it’s ever been.”

This production, which is being aired on local public television stations, used as part of trainings in several Native-run businesses and is also on repeat loop at community medical centers, sends a powerful message of self-reliance and potential, Rhodes said.  She hopes that Native people who see the film will turn away from commercial tobacco use and instead embrace traditional tobacco’s ritual power.

“The way I use tobacco on a daily basis is as an offering on the ground. Other people put it in water or in fire,” Rhodes said. “I say a prayer and I put my tobacco down as an offering.” It is a healing practice, she explained, a way to take traditional tobacco’s power back for good.