Smoking is a serious habit for many Minnesotans struggling with addiction and mental illness. In an attempt to change that reality, three of the state’s largest behavioral health organizations — Avivo (formerly RESOURCE), Mental Health Resources and People Incorporated — recently announced that all of their facilities and grounds will turn tobacco free by fall 2018.

“At its core, this decision is about caring about the people we serve who have historically been the targets of tobacco companies,” said Kelly Matter, Avivo president and CEO. “This is a group of people who, for many reasons, are already dying much earlier than the general population. When you add tobacco use to the mix, the statistics are even worse.”

To complete the transition to tobacco-free, the three organizations have partnered with the American Lung Association in Minnesota.

The Lung Association first approached the nonprofits about the project a little over two years ago, said Janelle Koscinski, senior manager of tobacco programs. Since they made the joint decision to go ahead with the changes, the programs have been meeting regularly.

“We have been working with these organizations in depth on trying to figure out what their staff and leadership buy-in was for this idea,” she said. “We’ve been providing support for their transition.”

While moving to a tobacco-free environment seems like standard business practice for most employers and organizations these days, it’s a different story in the mental health and addiction communities, where the majority of the people being served are smokers.

“We are working to shift current beliefs and barriers that include the attitude that leads people in some communities to take a more permissive approach to tobacco use,” Koscinski said. “We often hear the common misconception when it comes to people with mental illness and addition, of, ‘Let’s not take everything away from them,’ but the reality is that tobacco use may actually kill more individuals than the other addictions and life circumstances that they are facing.” 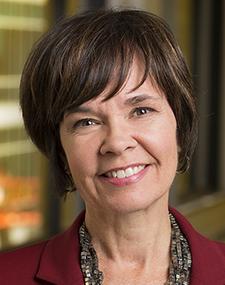 At Avivo, which provides chemical addiction, mental health and employment services, employees and clients were recently surveyed about their wellness habits and their opinions about smoking.

“We asked people about their tobacco use and the desire to quit,” Matter said. “In our recovery program, at least 90 percent of participants reported that they are smokers. Almost as high a percentage of respondents said they want to quit.”

In response to these survey results, Matter explained that her organization established a wellness program for employees and clients. True wellness, she said, is bigger than simply stubbing out cigarettes.

“We are also focusing on smoking cessation, nutrition and movement and building all three of those components into our recovery curriculum. We have embedded wellness into our programming. On the simplest end of things, we are swapping out vending machines with only healthy food options.” Other changes are a little more involved, Matter continued: “Our residential treatment program now has a partnership with the U of M where an instructor comes to us and the women in the residential program get a weekly cooking class on how to prepare nutritious meals on a limited budget.”

The connection between smoking, mental health and addiction are longstanding. It’s unclear which came first, but by the middle of the 20th century, tobacco companies had seized on the idea that people in recovery need nicotine to help them get past their troubles, launching advertising campaigns and marketing programs designed to reach these very groups. 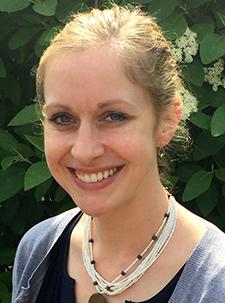 “This is a population that has been clearly targeted by tobacco companies,” Koscinski said. “Back in the ‘70s, in Minnesota and in other states, there was tobacco marketing in psychiatric hospitals. Physicians would hand out cigarettes to patients as a reward, with the idea that smoking would help calm them down. And the recovery community also relied heavily on cigarette smoking in treatment programs. Tobacco companies knew that. They would make sure that individuals with mental illness and substance use disorders always had access to tobacco.”

Making significant policy changes like going tobacco free requires change in the way people at every level of the organization think, Koscinski said.

“We are trying to change the dialogue on tobacco as a substance and as an addiction, especially in settings where people are in recovery from mental illness and substance use disorders,” Koscinski said. Saying that it is OK to smoke during a recovery program seems hypocritical: “If an organization is running a treatment program around alcohol addiction, for instance, you wouldn’t stop the program and say, ‘We’re going to take a break now so everyone can go get a drink.’ It just wouldn’t make sense. It’s the same with smoke breaks. We have to change the way we look at that addiction.”

Years off your life

The larger impact of tobacco addiction on the population the three nonprofits serve is significant, Matter said.

“Statistically people with a serious mental illness die 25 years younger than the general population. If you add tobacco use on top of that, the average age at death is even earlier.”

Some people have argued that if the opportunity to smoke is taken away, people will fall back to their other addictions or relapse into significant mental illness. Koscinski said that studies don’t back up that belief.

“We have seen research that shows that addressing tobacco use at the same time as substance use actually helps with long-term abstinence. When tobacco cessation programs are incorporated with other treatment programs, participants’ rate of long-term abstinence from alcohol and other drugs actually rises by 25 percent.”

And what about policies that extend tobacco bans to program employees, like those adopted by Avivo, Mental Health Resources and People Incorporated? Minnesota is filled with treatment programs: Are employees who smoke likely leave for jobs at other organizations with more open tobacco policies?

“One of the common myths is that staff are going to leave when there is a show of force around tobacco use,” Koscinski said. “Studies have been looking at this impact over time. They’ve discovered that staff in organizations that go smoke-free actually show greater appreciation for the organization after the change. They appreciate the opportunity to quit or get help quitting.”

Support for the change

Going tobacco free takes time and effort. Avivo had already begun the process some years ago, before they were approached by the Lung Association.

“We’ve been slowly moving toward this over time,” Matter said. “One of our locations has already gone tobacco-free. We chose a location we knew would be difficult. It’s gone really well. We’re providing all types of tobacco cessation programming, from classes to contests to support groups to conversations to nicotine-replacement therapy. What we do is individualized and supportive to each person.”

“We’re positioned to give people the tools,” Matter said. “This isn’t about cutting their cigarettes when they come in the door. It’s about helping people who want to quit smoking quit smoking. We’re doing it in a comprehensive, supportive, not-overnight kind of way.”