For several reasons, Christmas is not Katy Vernon’s favorite time of year.

The first, and possibly most important reason is that both of her parents died when she was child. After that, the holiday season never felt the same.

“I lost my mom when I was 12,” Vernon explained. “My dad died five years after that. Christmases haven’t been very happy ever since. You make peace with it and live your life, but it is one of those trigger times of year. You are always reminded of what you’ve lost.”

Another other reason Vernon feels uncomfortable at Christmastime is that as a recovering alcoholic, the seasonal obsession with drinking turns holiday celebrations into a minefield.

“Alcohol is so entwined with the holidays,” she said. “At holiday parties people offer to take your coat and then immediately ask what you want to drink. If you don’t have a problem with alcohol, you might not notice, but if you are feeling vulnerable, it is a train wreck waiting to happen.”

In order to keep clear of train wrecks — both emotional and chemical — Vernon, an award-winning Twin Cities-based singer-songwriter, avoided holiday celebrations as much as possible, a choice that sometimes felt lonely in this darkest time of year.

“Holidays are not always the picture book that you want them to be,” Vernon said. “That is true for so many people, but it is a reality that can also feel pretty isolating.”

Last year, when she heard about “Unhappy Holidays,” a sober celebration featuring some of the state’s top performers sharing their music and telling stories about why they feel less than jolly during the holiday season, Vernon knew she had to take part.

“It felt refreshing to have an event where you could relax and not pretend that this is the happiest season of the year,” she said. “Sometimes you’re going to feel shitty, but at this event, you get to be among other people who feel the same way — and that’s pretty amazing.”

The brainchild of co-founders David Lewis and Sarah Souder Johnson, faculty members at the now-shuttered McNally Smith College of Music, Unhappy Holidays was created as an offshoot of Dissonance, an organization they designed to offer support and community for students struggling with mental health and addiction concerns.

Dissonance, Souder Johnson said, was envisioned as “a way to engage students in a conversation about mental health, addiction and the sometimes harsh consequences of the entertainment field. One of our goals was to show people it was OK — even cool — to ask for help.”

As Dissonance grew into a freestanding nonprofit, board members decided that they wanted to create an event that acknowledged how difficult the holiday season can be for people struggling with mental illness and addiction.

While the holidays are marketed as joyful, exciting and family focused, Souder Johnson said that they often seem “insurmountable to folks who are depressed, grieving, lonely, broke or experiencing difficult family dynamics.” 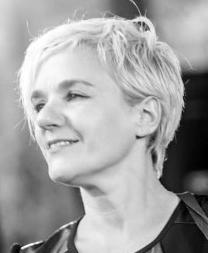 Unhappy Holidays was created as an alternative to the typical holiday party scene. At the event, Souder Johnson said, “people can be real about how they feel, listen to some great music and storytelling, share in conversation, find resources if they need help and have a good time.”

That was definitely the case for Vernon, who recalled that when she attended last year, she was just six months into her recovery, and still feeling raw and vulnerable. Having an alternative holiday event, one that acknowledged that it is OK to struggle and be open about that fact, made her feel relaxed, like she could take a deep breath and actually have a good time.

“I sang a couple of songs and I told the story of my first Christmas without my mom,” she recalled. “My dad took me to a huge toy store and told me I could pick out whatever toy I wanted, but even as a 12-year-old I was really sad. I knew I it was not how Christmas was meant to be.”

This year, Vernon has joined the Dissonance board of directors. She’s going to perform at Unhappy Holidays again, singing “Christmas Wish,” a wistful-but-catchy tune that was inspired by her experience attending last year’s event.

Vernon first learned about Dissonance a few years ago when she was looking around online and ran across one of the organization’s earlier events, a panel discussion featuring performers Adam Levy and Caroline Smith.

“When you see names like that pop up, you immediately pay attention,” Vernon said. “It was one of the first times I saw artists being called up on stage to talk about mental health issues.” 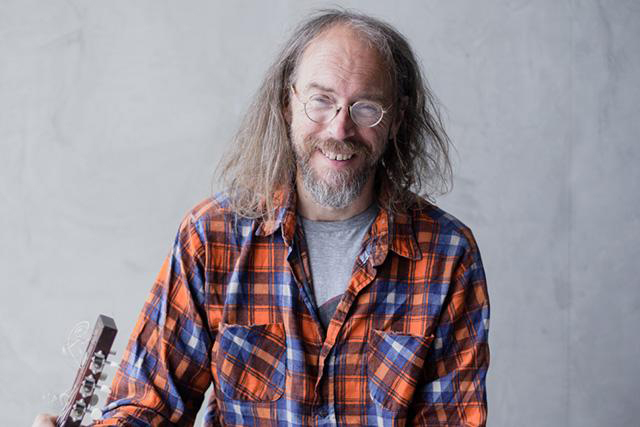 At the event, “artists will give context,” Vernon said. “They’ll be asked, ‘Why did you say yes to this gig?’ Then the pressure is off and they can perform.” 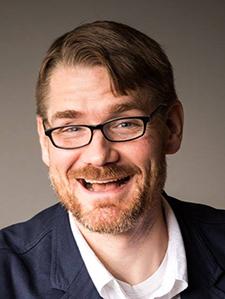 After the panel and performances, audience members are encouraged to stick around. There will be food and time for conversation. “We want people to mill around and talk with each other,” Vernon said. “We want audience members to connect and really find that there is a group of people out there like them that that they can connect with.”

Those connections are key, she added. Since she found Dissonance and Unhappy Holidays, Vernon feels like her community of like-minded souls has broadened, and her mental state has improved.

“Dissonance is,” Vernon said, “about bridging the gap, about connecting people in the creative community with mental health and recovery resources. Rather than having drug and alcohol use be glamorized, rather than believing that we should be suffering for our art, we’re all about smashing stigma and saying that even though there is pain involved in creating art, it doesn’t have to be that way, and there are ways to make life better.”

Are You Ready for the SoberBowl?

Co-founder Sarah Souder Johnson said that Dissonance is committed to hosting community-building events like Unhappy Holidays year ‘round. Next up is a huge sober Super Bowl party called SoberBowl. It will be held on Super Bowl Sunday (Feb. 4, 2018) at the Muse Event Center in Minneapolis.

“We’re partnering with the Hazelden Betty Ford Foundation, a Texas nonprofit called The ARK and many others in the local community to bring sobriety into the mainstream,” Souder Johnson said. “We’re providing a massive, public, safe, alcohol-free space for people to celebrate the Super Bowl in the same hip, relevant style as the rest of the fans.”

For tickets, updates and more information, visit the SoberBowl website.

Souder Johnson is a classically trained vocalist, a former music teacher, and a psychotherapist. Until recently, she also was a counselor, adjunct faculty member, and student affairs director at McNally Smith.