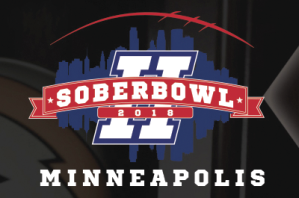 Every year in February, people all over the United States gather with friends and family to watch the Super Bowl. Beyond the game, there’s usually food and, more often than not, alcohol. These parties can be a blast for football fans, but for a person in recovery they can also be a minefield.

Jeremiah Gardner, manager of the Hazelden Betty Ford Institute for Recovery Advocacy, understands this conundrum all too well.

“Every year, the U.S. celebrates this cultural phenomenon with watch parties all around the country,” he said. “For people who choose not to consume alcohol, those events can be triggering and, in some cases, sobriety-threatening to attend. These situations can force people in recovery into social isolation — just to protect their sobriety.”

But sober folks don’t have to spend Super Bowl Sunday alone. Last year, when the Super Bowl was held in Houston, The ARK, a Texas nonprofit that connects arts and the recovery community, created SoberBowl, a massive alternative Super Bowl watch party that had all the fun of traditional gatherings — minus the alcohol. The event was a hit, with a sell-out crowd of some 1,800 revelers who gathered to eat food, listen to live music, tell recovery stories — and watch the game.

This year, with the Super Bowl in Minnesota, the birthplace of modern addiction treatment, it only made sense to host another SoberBowl here.

Before the game gets started, SoberBowl will feature be a panel discussion with some of the biggest names in football, including former Minnesota Viking defensive end Carl Eller, superagent Leigh Steinberg and quarterback Ryan Leaf, 1998 second overall NFL draft pick.

The panelists have one thing in common other than football: They have all struggled mightily with addiction, public battles that threatened to overturn the careers they had worked so hard to achieve.

Leaf’s downfall may have been one of the most visible. His once-promising football career stalled early on when he struggled with poor play, attitude problems and injuries. He played in the NFL for just four seasons.

After his flame-out, Leaf’s mental health took a downturn. He’d never been a substance user, but when his life didn’t turn out the way he’d always assumed it would, he struggled with feelings of depression and hopelessness. 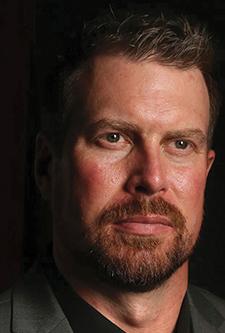 ‘The only drug I’ve ever taken in my life is Vicodin,” Leaf said. “I was actually very morally against people who abused drugs and alcohol. My drug of choice for most of my life was competition. That’s what fueled me.”

With access to his drug of choice gone from his life, Leaf returned home to Montana and turned to painkillers as a way to block out his feelings.

“For my whole life, I was very focused on one thing: football,” Leaf said. “When I removed the competition from my life and I retired, I was seen as a failure and I thought of myself as a failure, too. I needed a way to numb those feelings and replace that competition addiction. So I replaced it with the only drug that I knew from my life.”

When he asked his doctors for Vicodin, they gave it to him readily, assuming he was in pain from his years of being knocked around on the field. But the pain Leaf was feeling wasn’t physical.

“For a while anyhow, Vicodin worked for my emotional pain,” he said. It didn’t take long for him to develop a powerful addition to the opioid-based painkiller, throwing his life into a tortured loop.

Eventually Leaf’s addiction grew desperate. In 2012 he was arrested on burglary and drug charges after breaking into two homes in one weekend in search of prescription painkillers. He was convicted, spent more than two years in prison, and since his release  he’s fought to maintain his sobriety. These days Leaf is a motivational speaker and a college football color commentator on Fox. He also hosts a college-sports talk show on SiriusXM.

During his Sober Bowl appearance, Leaf said wants to emphasize that what happened to him could happen to anyone.

“My story isn’t any more important or less important than anyone else’s,” he said. “It was just a very public one, so that’s why I think there is more attention paid to it. I constantly remind people that my story is exactly like theirs. There’s nothing special about me.”

One reality that sets the opioid epidemic apart from other modern drug crises is that the drug’s cultural acceptance and ready availability means that it has hooked people from all social classes, Leaf said.

“It doesn’t matter what demographic you are from. These drugs are right there for the taking. That’s why it affects so many people. One thing I’ve learned from all of this is that addiction does not discriminate.”

When he was in the depths of his addiction, Leaf said, “I used to think I wasn’t as bad as somebody who is doing heroin. But that was just a justification. I realize now I’m just like everyone else. I am a run-of-the-mill opiate junky. It doesn’t matter if I used to make millions of dollars a year: I was using a drug to alter my mood because I wasn’t capable of dealing with life on life’s terms.”

The importance of being honest

After he got out of prison, Leaf made the decision go public about his opioid addiction and the personal downfall it caused.

“When everything happened, I realized that my name is going to be out there forever,” he said. “It just is. I can’t hide from it. The more and more I don’t want it to be out there the more it will be.”

Because he is a public figure, Leaf said he felt he had a responsibility to use the intense attention that had been focused on him to help others — and to help himself.

“I listened to my mentors,” he said, “men who live public, sober lives. They told me, ‘Once you found this peace, it is your job to share it.’ They said, ‘You can’t keep a peaceful, non-chaotic life unless you give it away.’ ” 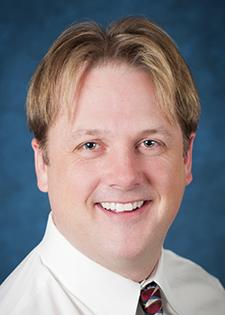 Giving it away means speaking openly and honestly, even when it hurts.

“I decided I just have to share my story with whoever wants to listen,” Leaf said. “I can’t control what people are going to do with it.”

The one thing that Leaf believes he has the power to control is his own actions. He works hard to make sure that his public advocacy for recovery doesn’t become a replacement addiction. He knows he has to stay the course to maintain the sobriety he’s now held on to for six years.

“As my mentors tell me, this work isn’t a substitute for my program,” Leaf said. “I work very hard on that outside the public venue. That work isn’t going to keep me sober. Being part of things like SoberBowl just a small part of my program. I’m very diligent and resolute.”

Another thing that Leaf is sure of is that he won’t be watching the game with the crowd at SoberBowl. That’s an activity he prefers to do on his own terms. He’ll stay at the event all day until 5, and then he’ll leave to watch the game.

“I’m a bit tentative about what I’ll do during the game,” Leaf said. “I’m a weird guy when it comes to watching football. I feel safest in the booth doing color commentary for Fox or I watching it on my own. When that day comes I’ll decide what I want to do.”

Though many Super Bowl ads might give the impression that everyone wants to drink their way through the big game, Gardner said that a large percentage of Americans actually don’t drink to excess and don’t appreciate situations where they are expected to down beer after beer.

“Despite all the commercials and all the things you see on TV and in the movies, the majority of Americans don’t drink or drink very little,” Gardner said. “A sizable percentage of the population drinks just one drink on average once a week. Given that, it is actually a little weird that we don’t have more nonalcoholic events around the Super Bowl.”

Attendees at this year’s SoberBowl shouldn’t feel that they are missing out on the fun if no alcohol is served. Organizers were able to score rare NFL approval to broadcast the game live on huge screens across the event center. This accomplishment, Leaf said, feels like the NFL’s acknowledgment of the power of Minnesota’s recovery community.

“People in recovery are a huge demographic in Minneapolis,” Leaf said. “And having Hazelden Betty Ford come on as a sponsor of the event is huge. For the NFL to go along with us and agree to broadcast the game at our venue is amazing. It is very difficult to get them to do something like that. They’ve seen what we’re about and what we’re capable of, and that is a clear vote of confidence.”

Leaf said that since he’s stopped using, he’s realized that being sober doesn’t mean that you can’t have a good time. It just means that you don’t have to worry so much about the consequences of your actions.

He was a featured guest at the Houston SoberBowl, and he remembers the crowd tearing it up and having a grand old time, dancing, eating and enjoying the game. With alcohol out of the picture, people can actually feel free to have fun, Leaf added, laughing:  “We will be the lowest-liability party in Minneapolis that weekend. But that doesn’t mean we won’t have a great time.”

SoberBowl’s emcee will be comedian and impressionist Craig Gass. The evening will feature performances by a number of local musicians, including Johnny and Molly from Communist Daughter, Mark Mallman, and Katy Vernon.  A $20 ticket includes food and entertainment.

“It will be the most affordable party in town that weekend by a long shot,” Gardner said. “Anyone — whether they’re in recovery or not — should feel free to attend.”

For more information, and to order tickets, go to www.soberbowl.us.

SoberBowl 2018: an option for fans who don’t need beer with their football