For 23 years, members of Building Bridges, a student-run social justice organization at Gustavus Adolphus College in St. Peter, have organized a conference focused on the key issues of the day. Last summer, when organizers met to plan this year’s event, two potential topics eventually rose to the surface.

Liz Toeben, co-chair of the Building Bridges conference organizing committee, recalled that at first glance, the topics seemed disconnected from each other.

“Lately there’s been a lot of activism around trans rights and refugee rights,” Toeben said. Both topics felt important to the group, so they worked together to understand what was at the core of each.

“We said we wanted to focus on the mental health of refugees,” Toben recalled. “And trans rights often has a lot to do with mental health, too. After a lot of discussion, we finally said, ‘We keep coming back to mental health. Why don’t we make it the focus of the event?”

So that’s what the students did, developing a conference, which they titled “Mental Health: Exploring the Unacknowledged Civil Rights Journey,” focused on social justice issues related to mental illness.

One key part of advocating for mental health justice, Toeben said, is focusing on the idea that all people should have access to affordable mental health care. Conference speakers and many breakout discussion leaders will talk about that idea.

“We wanted to make sure that people recognize that you can’t regain your mental health state if your basic needs aren’t being met. If you are discriminated against because of your mental health, how are you supposed to recover? We want to encourage people to feel comfortable seeing out treatment for mental health issues, to speak out for access to treatment, to get the care they deserve.”

Harris, an activist and advocate for families and individuals in crisis, will give the conference’s opening address. Both of Harris’ parents were diagnosed with serious and persistent mental illness, and that was a source of much childhood trauma. Her mother, who had schizophrenia, cycled in and out of psychiatric hospitals until she died at age 46. Harris’ father, who had bipolar disorder, died when he was 63. Harris herself has struggled with mental illness and the effects of childhood trauma for most of her life, but has found recovery through her involvement in the international mental health rights movement. 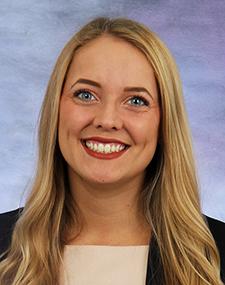 “Leah has been on the forefront of changing the way people view mental health,” Toeben said. “She’s focused on making mental health a social justice cause. That’s the tone we wanted this conference to start out from.”

Prothrow-Stith, dean and professor at Charles R. Drew University of Medicine and Science in Los Angeles, will give the conference’s second keynote. Former dean of diversity at the Harvard School of Public Health and the first woman appointed to be the Massachusetts commissioner of public health, she is the author of several books on youth and violence prevention, including “Deadly Consequences,” and “Sugar and Spice and No Longer Nice.”

“Dr. Prothrow-Stith will bring her long academic history to her talk,” Toeben said. “She will make links between racial justice, mental health and violence prevention.”

There will also be choral and dance performance specifically created for the event by Michael McKenzie, Gustavus Chamber Choir director, and choreographer Maddie Bakken.

Toeben said that she and her fellow Building Bridges members, including co-chair Quinn Andersen, believe that the theme of this year’s conference feels apt, given the current political climate. She likes to think that members of the general public are becoming more accepting of people with mental illness, but the truth is that isn’t always the reality.

“Most of the time I’m an optimistic and hopeful person,” she said. “My optimistic side says, ‘I think that change is happening in more than just one generation. People of many ages are seeing the importance of supporting people with mental illness, of talking about mental health and removing stigma.’ Sometimes, though I feel that change is not happening fast enough. People with mental illness still struggle for true acceptance.”

For Toeben and her fellow members, Building Bridges is an important source of inspiration and support.

“We try to inspire positive social change, awareness, greater leadership, activism and engagement. We are an organization where students have full control over the creative process. We try to recognize that one person can make change — not everyone needs to be doing something.”

“Mental Health: Exploring the Unacknowledged Civil Rights Journey” will take place from 8:30 a.m. to 5:30 p.m. this Saturday, March 3. Students and the general public are welcome to attend. ASL interpretation will be provided. Admission for students is free, and $10 for the general public. Tickets can be purchased online.