Ask most people do define dementia and you’ll hear words like “elderly,” “frail,” “confused” or “forgetful.”

Dementia, a chronic, persistent disorder of the mental processes caused by brain disease or injury, is actually so much more complex — and common — than words like those describe.

Peggy Gaard, director of Open Circle Adult Day Services in Hopkins, leads groups of through a class called Dementia-Friendly Training, a program that teaches people how support those living with dementia, their families and their caregivers. She likes to emphasize that the disorder is a complex condition that affects thousands of Minnesotans of all ages. Learning how to interact with people living with disorder helps build healthy, supportive communities.

“When I’m doing the training, one of the things I try to tell people is what dementia isn’t,” Gaard said. “Most people are under the misunderstanding that dementia is just one thing — that a person can’t remember anything anymore — but it can be so much more than that. This training does a good job of bringing to light the real characteristics of dementia and the many ways it manifests itself. It is a disease that is individual in everyone.”

Developing a deeper understanding of dementia is important because it is an increasingly common diagnosis, Gaard said: In Minnesota, for instance, 89,000 residents over the age of 65 live with Alzheimer’s disease. Seventy percent of people diagnosed with dementia live in the community, not in nursing homes. They shop in stores, go to places of worship and walk their pets in the park.

Encouraged by the state of Minnesota’s ACT On Alzheimer’s Initiative, a growing number of towns and cities have declared themselves to be Dementia-Friendly Communities, where individuals in key positions take part in training sessions like the one that Gaard leads. The Dementia Friendly Community concept was developed in the United Kingdom and has spread throughout the United States. Some 70 Minnesota communities now have earned Dementia-Friendly designation. The west metro city of Hopkins is one of the most recent to complete the training.

“The State of Minnesota pulled together this initiative to address the fact that the rate of dementia diagnosis is growing,” Gaard said. “Officials felt that we needed to focus on this issue so more people could understand what happens when individuals start to have dementia and how it impacts families, communities and caregivers.”

The number of people diagnosed with dementia is growing in the United States, Gaard said, partially because the baby boom population is aging and rates of dementia-causing diseases like Alzheimer’s increase as people grow older. 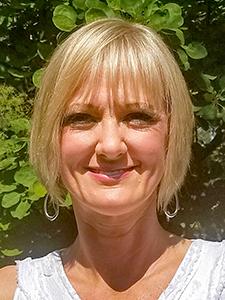 BillieJo Armstrong, director of admissions and marketing at Augustana Chapel View Health Care Center in Hopkins, added that there may be other reasons for increased rates of dementia diagnosis.

“There are a lot of social factors that play into bringing Alzheimer’s on earlier,” she said. “Social habits like alcoholism, abuse of other substances and poor lifestyle choices. We’ve learned that decisions people make in the first 50 years of their lives can have an impact later on.”

Whatever the reason that dementia rates are rising, support and understanding of the issue is key to helping people feel that they can live in community with others. Armstrong, who also leads Dementia-Friendly training sessions, believes that putting facts out front is an important part of the education process.

Back to the community

People often isolate themselves after receiving a dementia diagnosis, Gaard said. This self-isolation can be stressful for caregivers as well as people struggling to come to terms with the condition. The idea behind the Dementia-Friendly Communities movement is that if more people understand what it means to live with dementia and create an environment that supports the needs of those who struggle with memory loss, more people will be willing to come out of the shadows and re-enter society.

Many people don’t know how they can help friends or relatives who face a dementia diagnosis.  They struggle to know how to say the right thing or to offer help.

“What I have found when I am leading a dementia training is that people all have a story about someone they know who had dementia,” Armstrong said. “They tell me how they felt helpless about what they could do. They don’t know how to talk to them. They don’t know what their family needed.”

The trainings are a perfect time to address that issue, she said.

“I try to help people get over that fear that, ‘I’m going to do something wrong.’ I try to let them know that just being present can be an important way to be supportive. I also say that a person can think of simple things that they can offer. Maybe spending a couple of hours with the person on a Saturday morning so their caregiver can go to the grocery store or get a cup of coffee. In Dementia-Friendly training you learn to ask yourself, ‘What are the small things I think I can do?’ That’s how it begins.”

Hopkins was inspired to achieve Dementia-Friendly designation for a number of reasons, Gaard said.

“We’re an older community, a community that has a lot of congregate housing. People move in to these facilities at 60 or so, and then, when they are in their 80s, their needs change. We also see ourselves as part of the whole metro area, and we wanted to support residents everywhere who live with dementia, to give the message that everyone is welcome here. This movement is important, and it felt like the right time for Hopkins to jump in.”

As part of the process of becoming a Dementia-Friendly Community, staff and administrators at key community businesses and organizations attend the training sessions, Armstrong explained.

The bank is a place that people with dementia often visit. In Hopkins, Armstrong said, “U.S. Bank is one the local businesses that asked employees to take the training.” Bankers and other employees interact with the public, she said, and understanding how to detect dementia and work with people with the disorder is key. This may mean learning how to communicate with a person who has memory loss. It may mean interacting with a caregiver. Because the symptoms of dementia can be subtle, the training also helps employees recognize the signs and understand where unusual behavior may be coming from.

“Tellers deal with people who have many types of dementia, and now, after attending our training, they know more about how to interact with them,” Armstrong said. “If you don’t have that kind of training, if you haven’t developed those skills, you might not know how to help a person with dementia, how to communicate.”

When staff from a business or organization has participated in Dementia-Friendly training, they are given a decal to display on their front door. “The sticker lets people know that this is a welcoming place for people with dementia and their caregivers,” Armstrong said. In Hopkins, civic organizations like the fire and police department also completed the training.

Another element of being a Dementia-Friendly Community is offering a free program known as a Memory Café, where people with dementia and their caregivers can gather for support, conversation and resources. In Hopkins, the group meets at the public library, 22 11th Ave. N., from 4 to 5:30 p.m. on the second Tuesday of every month.

“Memory Cafés started in the UK,” Armstrong said. “In Minnesota, they came about as a result of the ACT on Alzheimer’s Initiative.”  The meetings are open to people with dementia and their caregivers.

The Café format is simple, Armstrong added: “It is a group of people coming together. The needs and interests of the people attending each week drive the discussion. There might be a week where a lot of caregivers come without their people. Or everyone will come together in community. The discussion could rise out of a question like, ‘This is the problem we’re having. How do I deal with it?’ The discussion is just so important. It helps people realize that even if this is tough, they are not in it alone.”

In Hopkins, a Dementia-Friendly designation means a welcome for all