The common perception is that Fetal Alcohol Spectrum Disorder (FASD) is relatively rare. A new in-depth study of 6,639 first-grade students published in the Journal of the American Medical Association (JAMA) turns that perception on its head, finding that as many as one in 20 first-grade students from four unidentified U.S. communities have been affected by prenatal alcohol exposure. 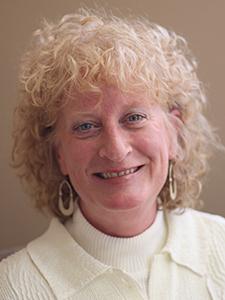 If those numbers were extrapolated to Minnesota, that would mean that up to 3,200 first-graders in the state have FASD.

These findings support what many FASD advocates have felt for years: Rates of prenatal alcohol exposure have been greatly underestimated.

Sara Messelt, executive director of the Minnesota Organization on Fetal Alcohol Syndrome (MOFAS), said that shame and misinformation about the negative impact of even light alcohol consumption on the developing fetus has contributed to an underestimation of the number of American children with FASD.

“This study is really groundbreaking,” Messelt said. “For once it identifies in a general population that FASD is much more common than people think it is. It is not an obscure thing.” She added that the figures line up with a U.S. Centers for Disease Control and Prevention (CDC) study that found that one in 10 pregnant women report drinking alcohol and 3 percent report binge drinking.

“Even education professionals don’t understand just how prevalent it is,” Messelt said. “I’ve had school principals that have said to me, ‘I don’t think I’ve had a first-grader with FASD in my school.’ Now we know that 1 in 20 of the population has been exposed to alcohol while in the womb. This knowledge should drastically change the way we work with a large number of children in this state.”

Though some observers have questioned the study’s findings, Messelt said she believes that the research, which was funded by the National Institute on Alcohol Abuse and Alcoholism, is sound.

“The first-graders [in the study] were physically screened,” Messelt said. “The researchers also did extensive parent interviews. There was a strict protocol that they went through. They studied all of the kids very closely.”

Even if the study’s numbers are controversial in some quarters, Messelt said that its findings highlight an indisputable fact: FASD is more common than most people believe it to be.

“For those of us who’ve been working on this issue for years, from our perception, what we know and what previous studies would tell us, FASD is very common, very costly and very preventable.”

Laura Bloch’s son Alex has FASD. After noticing that he was exhibiting developmental delays in early childhood, she advocated for his diagnosis, and got him the supports he needed to succeed in school.

Alex, now 21, is adopted, but Bloch doesn’t like to lead with that fact. She believes that the shame and guilt many mothers feel about drinking alcohol during pregnancy limits self-reporting, leads to misdiagnosis and reduces effective treatment for kids who’ve been prenatally exposed to alcohol.

Bloch drops the word adopted when she talks about Alex because wants to show other mothers that it is OK to talk about prenatal alcohol use and own up to their children’s FASD. That’s the best way children can get the help they need.

“Over the years I began to realize that the only time I called Alex my adopted son was when I was talking about the FASD,” Bloch said. “It’s self-distancing for me, and self-shaming to him.”

The judgment and preconceptions that people have about prenatal alcohol use is clear in the way they respond when Bloch tells them about Alex’s diagnosis. 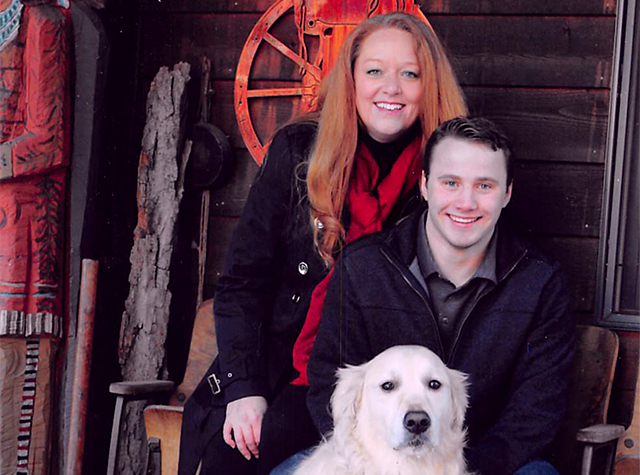 Courtesy of Laura Bloch
Laura Bloch, a MOFAS board member, and her son Alex.

“Not so long ago, I sat down next to a woman,” she said. “We were waiting for a concert to start. We were visiting and I mentioned my son’s disability. I watched her process out loud everything that most people think when they hear that a person has FASD.”

Bloch admits to having had similar thoughts in the past, before Alex’s diagnosis, so she doesn’t blame the woman.

“She said, ‘You drank while you were pregnant? You couldn’t have. He must be adopted,’” Bloch recalled. “She processed her thoughts out loud. It felt like an ugly stream of judgment. I thought, ‘This is your problem — not mine. I will never again shame or distance my son.’”

It can happen to anyone

Bloch, a member of the MOFAS board and a volunteer FASD trainer, believes that most people don’t understand that even a small amount of alcohol at any time during pregnancy can cause damage to a fetus. This damage can happen before a woman realizes she is pregnant.

“I am shocked by my peers, my friends who are very well educated and well to do,” Bloch said. “I have a friend who is a doctor, for instance. I stood with her at her baby shower while she held a mimosa in her hand. Maybe it was her second. She said, ‘I can’t wait to drink again.’ She knew my son. She knew what we were dealing with. There is this dangerous denial of the reality that alcohol can cause permanent, life-long brain damage.”

Another misperception is that FASD is more common in lower-income communities of color. Bloch said that research has found that the opposite is in fact true.

“A Minnesota Department of Health study of substance use during pregnancy reported that the woman in Minnesota most likely to give birth to a prenatally alcohol-exposed child is white, college educated and middle- to upper-class,” Bloch said. Somehow women in that population aren’t getting the message about the dangers of prenatal alcohol use.

“I’ve been doing training around the state,” Bloch said. “If I go into places where you might think there would be a problem, places like reservations or inner cities, many times those women could teach the seminar. They’ve heard the message. When I go to suburban high schools and talk to staff, or even in my own neighborhood [in Eden Prairie], it’s a harder message to get across.”

In Minnesota, advocates are working to increase awareness and diagnosis of FASD among children. They believe that if more families learn that their children’s behavioral issues and developmental delays have to do with prenatal alcohol exposure, more kids will get the help they need.

It’s not always easy to identify a child with FASD, Messelt said, so self-reporting of alcohol use while pregnant could also help trigger special supports.

“People with FASD often have an average IQ. They don’t often look like they have a disability. What you often get is a kid that just seems like they have behavior issues. Parents are often told they have trouble sitting still or listening, but their brain is actually wired in a different way. Because the cause of their brain damage so often goes unreported, they are not triggering supports that they would have if they had a physical disability or a lower IQ.”

To make sure that more kids get appropriate FASD diagnoses, Minnesota advocacy organizations like MOFAS try to work with educators and parents.

“We advocate for early screening,” Messelt said, “for talking to women during and before pregnancy. We push for screening in early childhood, for asking everybody the question about their alcohol use during pregnancy and following those kids along so we can get them into the services they need.”

It’s hard to get mothers to admit to prenatal alcohol use, Messelt said, and in many ways it’s also hard to limit drinking while pregnant — especially in the early weeks. But she hopes that their advocacy will break down shame and increase support.

“As you can imagine, alcohol is consumed during pregnancy in a whole lot of different ways,” Messelt said.  “Fifty percent of pregnancies are unplanned. Most women of childbearing age drink. There’s a lot of, ‘Ooops. I was at my sister’s wedding,’ or, ‘We went to Mexico on vacation.’ There are also women that are obviously dealing with issues of substance use disorders and they need support and services and good access to recovery programs so they can have alcohol-free pregnancies. Giving them a brochure and saying they shouldn’t drink during pregnancy is not a responsible approach at all. They need support and encouragement from health care providers, from family, from child care providers.”

The symptoms of FASD are on a broad spectrum Messelt said.

“Every child that’s been prenatally exposed to alcohol presents with a different constellation of challenges. Most typically we see learning disabilities. We also see behavioral issues. We see ADHD. Ninety percent of people with FASD are also diagnosed with co-occurring mental health disorders. Kids who are heavily exposed to alcohol are some of the most challenging children to raise and educate. They are over-represented in our juvenile and adult correction system. This population is often unemployed and disenfranchised from mainstream society.”

This session, MOFAS representatives will be at the State Capitol, lobbying legislators on a slate of proposals they believe will help Minnesotans with FASD and their families. Those measures include, Messelt said:

“An increase in programs that support woman who have a history of chemical dependency that are either pregnant or parenting; advocating for a legal change so that people with FASD can access brain-injury services because most insurers don’t acknowledge that brain injury can happen prenatally; and increasing training and support for foster parents.”

It’s a big ask, Messelt knows, but she hopes that lawmakers will be receptive when they hear about the new numbers. “This would help so many kids and families in the state,” she said. “It’s the right thing to do.”

Bloch said that it’s not obvious that her son has FASD.

“We are very fortunate its effect is mild. Had he not been adopted, I don’t think he would’ve been diagnosed. Because I had the freedom to say, ‘I’m the adoptive mom. I think this might be what was going on,’ I think we got the diagnosis.”

Getting the FASD diagnosis was key to Alex’s success in school. Because his teachers understood more about the brain damage he suffered before he was born, they were able to develop educational plans that worked for him.

“When Alex struggled in school, it’s usually been frontal-lobe stuff,” Boch said. “It’s abstract thinking. Science and math are often really hard for our kids. So when he really struggled with math I knew it was his disability. When he appeared age appropriate but was still acting immature, I also knew that was his disability and I was able to explain that to his teachers.”

Despite his parents’ advocacy, Alex still struggled in school. He eventually earned his high school diploma and enrolled in community college, but after a couple of semesters, he dropped out and found a job. At first this was hard for Bloch to take, but she soon realized that it was the best road for her son.

Alex, now an assistant manager in the plumbing department at Menards, is satisfied with his work and happy with his life. Bloch realized that’s all she ever wanted for her son.

In her volunteer training role at MOFAS, Bloch travels around the state — and even across the globe, to Alex’s birth country of Russia, to meet with social workers and orphanage directors to talk about FASD and how to recognize it in children.

“I love these opportunities,” she said. “I get to spread my knowledge — and brag about my son. What more could a mother ask for?”