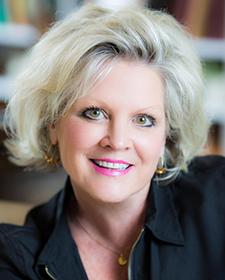 As she watched her son Joey slip into addiction, Sandra Swenson became obsessed with his every movement.

“I literally was stalking him,” Swenson said, explaining that during Joey’s teenage years, her obsessive observation felt like good parenting:  “I would go find him if he wasn’t where he was supposed to be. I had his passwords from early on in high school when he was doing college applications, so I’d check his emails, his Facebook posts, everything I could get my hands on.”

But when Joey’s struggles continued into adulthood, Swenson said her stalking grew out of control. She was trying to save her son’s life, she explained — but it got to the point that she had no life of her own.

“My husband would stand at the door of the den, literally blocking the way to the computer,” she recalled. “He’d say, ‘You shouldn’t be doing this. It is so unhealthy.’ ”

Despite her family’s tireless efforts to help Joey achieve sobriety, he bounced in and out of treatment programs (including Hazelden), dropped out of college, ran into trouble with the law, overdosed and attempted suicide. Swenson couldn’t help but feel like a failure. Filled with guilt and shame, she retreated into a sad sort of seclusion.

This kind of behavior isn’t unusual for mothers of addicted children, Swenson said.

“I think many mothers in the same situation hide from the world because we are so ashamed of what is happening to our children. We feel lonely and scared. We just flounder around in our fear. And that fear can cause us to act irrationally or obsessively.”

Swenson’s obsessive focus on her oldest son’s every movement eventually had to stop. Joey was enrolled in yet another sobriety program when she realized that staff needed to know some of the things she’d covertly uncovered about her son’s addictive behaviors.

“I knew that if I told them I would have to explain how I learned that information,” she said. “There was a lot of shame in that, and a lot of fear about Joey’s potential reaction, but I told the truth. The gig was up. I was forced into doing something I should’ve done a long time ago.”

The realization that no matter how desperately she wanted to save her son, Swenson had to back off and let him live his own life was the inspiration for her first book, “The Joey Song” (Central Recovery Press, 2014), a memoir designed for parents of addicted children.

The book, Swenson said, “is about me trying to fix my son for years and finally realizing that that I couldn’t do that for him. I tried and tried and tried before I eventually realized that I had to do my part in this journey, which is separate from his part. It was incredibly difficult, but now that’s what I focus on now.”

After Swenson vowed to let go and let her son live his own life, the two developed an uneasy sort of truce.

Joey lives in Florida, and Swenson, who grew up in Minnesota, lives in Texas, so they see each other usually once a year. As far as she knows, Joey is still addicted, but Swenson resists the urge to ask him about it.

“There was a time when I would know exactly how he was doing in his addiction journey,” she said. “Now we don’t talk about it. We spend the time that we do have together making new pleasant memories so that we have something healthy left over when hopefully he does find recovery.”

Swenson believes that this truce is better than the alternative — which is her son cutting off all contact with his family — but it never feels like an easy solution.

“It’s not what any mother would dream of,” she said, “but it is way better than it could have been. I’m grateful for that.”

Swenson’s second book, “Tending Dandelions: Honest Meditations for Mothers With Addicted Children,” (Hazelden Meditations, 2017), grew out of that realization. It’s a support book for mothers struggling to maintain relationships with their addicted children, but it’s more than that: It’s also an acknowledgement of the innate power of mothers — even in situations that make them feel powerless.

It wasn’t an easy book to write, Swenson said.

“The first book was about Joey’s struggles, about my coming to terms with and even understanding that he had struggles at all. This book is focused on my part of the journey. As a mother, it’s hard to shift the attention back to yourself, but it’s what I had to do to maintain my sanity.”

Remember that isolation that so many mothers of addicted children retreat into? Swenson hopes that her books help them find a community of support that will help them navigate the torturous twists and turns of loving a child who struggles with substance use.

That’s where the title “Tending Dandelions” comes from. 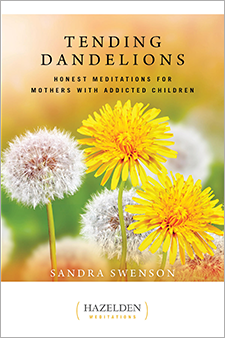 “I feel like we moms are those deceptively delicate dandelions,” Swenson said.  “We feel fragile, but together we’re strong and we’re many. We’re a movement now. We are starting to stand up and talk about this disease. Things have changed: I feel no shame about this disease whatsoever anymore.”

It helped Swenson to attend support groups like Al-Anon — and to meet people who had read her books. Finding a community helped her feel stronger and less ashamed. She wants the same thing for her readers.

“When I started to speak up about addiction I realized that I’m telling the addiction, ‘I’m fighting you for the sake of my son,’ ” Swenson said. Speaking up is noisy, she said, but that’s part of the deal. “We can’t fight addiction, we can’t break down stereotypes, if we’re quiet. The world is not going to believe addiction is a disease if we moms treat it like it is a disgrace.”

This summer, Swenson will be in Minnesota June 22-24 to lead a two-day workshop called “Mom to Mom: Where Love and Addiction Meet” at Hazelden’s Dan Anderson Renewal Center.

At the workshop, Swenson said, attendees will discuss “the struggle and the horrors of this thing called addiction, and how as mothers we can come to terms with the fact that we cannot do this for our children.”

Swenson said that she wants to show that letting go is not a sign of weakness.

“We have a lot of power as moms to overpower the destruction that the disease of addiction spreads. At the workshop, we will work on finding that power within ourselves by shedding the shame and the guilt and turning it into something that can actually do good. We want to change the way our community perceives addiction and make it an easier journey for our children.”

This will be the first workshop that Swenson has led. She can’t wait to get big group of mothers together in the same room — the energy they create has the potential to be unstoppable.

“I’m very excited,” Swenson said. “It’s going to be a wonderful weekend. I feel so connected to moms who are on the same journey as I am, moms who are trying to understand that sometimes help enables and hope hurts: We feel so helpless in the face of this disease, but together we are strong.”

Registration for “Mom to Mom: Where Love and Addiction Meet” is available online.

After fighting her son’s addiction for years, one mother learned to let go