Back in 2013, Susan Bartlett Foote was newly retired and not really looking for anything to occupy her time. Then the project of a lifetime appeared out of nowhere.

Foote, professor emerita at the University of Minnesota’s School of Public Health, was helping her son clean his closet when a bag of papers fell from a shelf, hitting her on her head. The bag contained a 1940-era scrapbook that her former father-in-law, the late Unitarian minister Arthur Foote, had filled with clippings and writings about statewide efforts to improve care for patients in Minnesota’s seven state-run psychiatric hospitals.

Foote took the bag home and set it aside. A few months later, when she gave its contents a closer look, she was mesmerized. The clippings and notes held the hints of a story of a committed group of Minnesotans who were outraged by the deplorable conditions that many of the people committed to these hospitals were forced to live in.

The key figures in this effort represented a wide range of Minnesotans, including Arthur Foote himself, Minneapolis social reformer Genevieve Steefel, Minnesota Gov. Luther Youngdahl, Minneapolis Tribune reporter Geri Hoffner (now Geri Joseph), psychiatrist Ralph Rossen and Engla Schey, a psychiatric hospital attendant-turned-human-rights campaigner. These individuals had very little in common except for a clear-headed determination to change the way the state cared for its citizens with mental illness.

It didn’t take long for Foote to realize that she had to tell the story of this campaign and the dedicated and people behind it. She relied on her love of history to tease out their stories.

“I had been a history major in college and worked on a Ph.D. in history,” she said. “I only got as far as ABD and then I had a baby instead. I got interested in politics in the 1960s and ended up going to law school when I went back to school. I’d wandered away from what I used to love as a historian, which was studying people, what motivated them and where they drew their courage, so this felt like a great story for me to tell.”

In Foote’s mind, telling the story meant writing a book, but as she dug deeper into the history of the mental health reform movement in Minnesota, she knew had an even larger mission.

“I discovered a deeper motive than to simply produce a final product,” Foote said. She wanted people to know about the major reforms this group accomplished — and to encourage others to complete the reforms they initiated: “It was a motive that kept me moving forward on a project that took much longer than I anticipated.”

In search of Engla

In Foote’s list of reformers, one person stood out: Her name was Engla Schey. A daughter of Norwegian immigrant farmers from Marshall County, Schey worked as an attendant at Rochester State Hospital, and was so outraged by the conditions there that she began a one-woman campaign to lobby for reforms. She wrote countless letters to Gov. Youngdahl and eventually inspired a statewide movement.

Foote discovered Schey’s name in two books about the reform movement, but there was little else mentioned about who she was. That was enough to inspire Foote to take a closer look.

“Engla is the quintessential example of a woman with no status, yet somehow she was so instrumental in the whole process,” Foote said. “She wasn’t on the forefront, she never was in the newspaper, but somehow she seemed so important. She was the catalyst.”

Foote began what she now calls the “odyssey of trying to figure out who this Engla was,” spending hours researching at the Minnesota History Center in St. Paul and enlisting a friend from Marshal County dig into local history.

“I was moving along almost like a mystery writer, looking for clues,” Foote said. “Certain clues led me to others.” 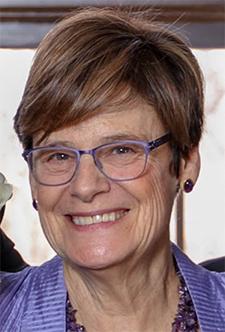 Eventually Foote was able to track down Schey’s relatives, who gave her access to Schey’s journals.

What Foote discovered in the journals was a woman singularly committed to making life better for people with mental illness. Schey had seen firsthand what life was like in the state hospitals, and she was determined to make a difference. Because she was a woman from humble circumstances, odds were low that anyone in power would ever listen to her, but she kept at it, year after year.

Schey’s committed badgering eventually did have an impact, Foote discovered: Her early efforts inspired others, including Youngdahl and members of the Unitarian church in Minnesota, to take a closer look at the conditions in what were then known as “mental institutions.” The larger movement that led to major reforms has roots in her activism.

Because Foote wanted to give Schey the credit she deserved, she made her a major character in “The Crusade for Forgotten Souls: Reforming Minnesota’s Mental Institutions, 1946-1954,” the book she wrote about her research, published this month by the University of Minnesota Press.

“I wanted to make Engla a hero,” Foote said. As part of the promotions for “The Crusade for Forgotten Souls,” she will be traveling the state, telling her story to Norwegian groups, historical societies and organizations interested in mental health reform. “I’m going to tell them, ‘This is a Minnesota hero that you need to hear about.’”

In her book Foote makes an effort to include all of the key players involved in a movement that drastically changed conditions for patients and established a vision for a modern mental health system.

“Somehow this group of people that eventually came together to reform a system was able to identify the problem, expose the problem and help develop solutions, all as laypeople without any self-interest,” Foote said.

One catalyst that pushed the movement along was “Minnesota Bedlam,” Hoffner’s 11-part investigative series about conditions in Minnesota’s mental hospitals. Its publication in the Minneapolis Tribune in May 1948 inspired outrage among readers and further expanded the reform movement.

Foote also highlights the work of Rossen, a psychiatrist and the superintendent at Hastings State Hospital. In 1950, Youngdahl, impressed by Rossen’s reforms at Hastings, including the banning of all patient restraints, named him the state’s first commissioner of mental health. Rossen, Foote said, “was this brilliant young doctor, the youngest superintendent ever. He saw that change had to happen.”

Many of the people housed in Minnesota’s mental hospitals were not mentally ill, and most were not a danger to anyone. They were, as Schey pointed out in her journals, mostly people who were “unusual,” and were, because of age, gender or social class, powerless to stop their own institutionalization. 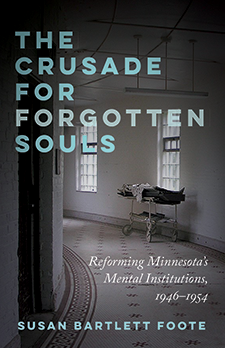 “At that time, 30 to 40 percent of the admissions to state hospitals were elderly people with dementia,” Foote said. “They usually died within six months of being sent there. You lose the will to live when you are tied to the bed.”

While the reforms that these activists achieved were broad and significant, Foote believes that conditions still need to improve for Minnesotans with mental illness. There aren’t enough beds or outpatient treatment centers, access to mental health providers in rural parts of the state is spotty at best and a large percentage of the state’s homeless population lives with untreated mental illness. The work of activists like Schey is far from completed.

“After Luther Youngdahl left the state, other political forces began to dismantle what the reformers had begun,” Foote said. “Ralph Rossen said he needed 10 years to complete the reforms. He only got two.”

Foote hopes that by laying out the history of the reform movement and the players who gave it fuel, her book will inspire others to pick up where the crusade left off.

“What I’m hoping this book will is do give readers an understanding of the people whose shoulders they are standing on, give them a sense of the history of the people who made major accomplishments that are still relevant today,” Foote said. “They had this vision which was humane, and so many things improved because of them. But somewhere along the line, the baton was set down. We still haven’t completely achieved their vision, and we need to keep moving forward.”

On Tuesday, April 24, at 6 p.m. at the Humphrey School of Public Affairs’ Cowles Auditorium, the public is invited to a free book launch, reading and dessert reception for “The Crusade for Forgotten Souls.” To RSVP, go here.