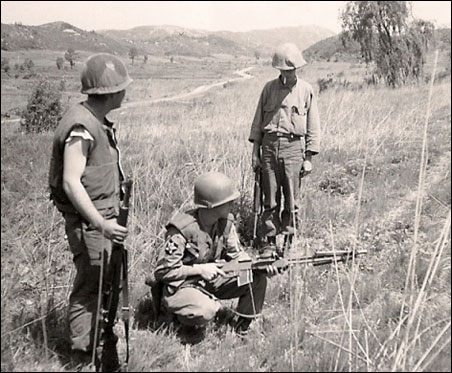 Names. Of soldiers. Men who were remembered during a July 31, 1953, memorial service in Sucham-dong, Korea.

Names, typed onto a service folder that my dad, Elvern Kletscher, carefully folded and carried home to southwestern Minnesota from the killing fields of Korea. 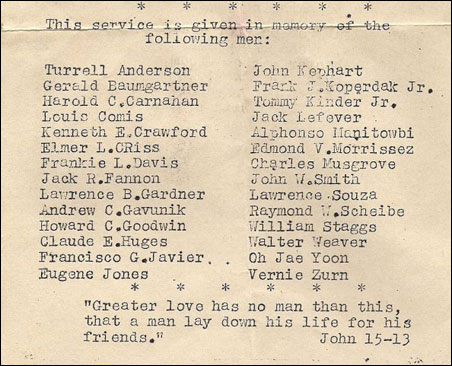 One name—Ray Scheibe—that meant so much to him. A soldier-brother. His 22-year-old friend. His buddy who died, blown apart by a mortar the day before he was to leave Korea and return home to his wife and 6-week-old daughter in Wolbach, Nebraska.

Yet their intertwined lives as soldier-brothers remain forever preserved in black-and-white photos and that service bulletin tucked inside a shoebox stored in my office. Memories of war and of lives lost confined to a box measuring 13 x 6.5 x 4 inches.

It doesn’t seem right, that I should keep these photos and scraps of war in a non-descript box, pushed into the back of a dresser drawer. But that is how my dad kept his war memories, stashed in that shoebox, shoved out of sight, away from family, away from emotions that could easily overwhelm him.

Two years after my dad’s death, I became interested in the contents of that shoebox and began wondering about that baby girl back in Nebraska—Ray’s daughter. I decided to look for her. 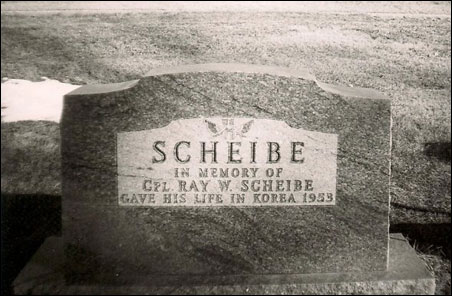 After a short search, I found Terri living in Harlan in southwestern Iowa, about five hours from my Faribault home. (Click here to read a previous blog post about finding Terri.) We’ve talked, although not recently, by phone, exchanged e-mails, letters and Christmas cards.

Every Veterans Day, every Memorial Day, every June 2, I think of Terri and her dad and how her dad never came home. And mine did.

This post was written by Audrey Kletscher Helbling and was originally published on her blog, Minnesota Prairie Roots.