Minnesota could see pressure to increase property taxes if a constitutional supermajority amendment is adopted, according to a new Minnesota Budget Project analysis.

Our report warns that restricting legislators’ ability to raise taxes would make it harder to provide the services that residents want and value. Policymakers would look for ways to fund services that don’t need supermajority votes. Past experience has shown that the inability to raise taxes at the state level in Minnesota leads to more pressure on tuition, fees and property taxes. 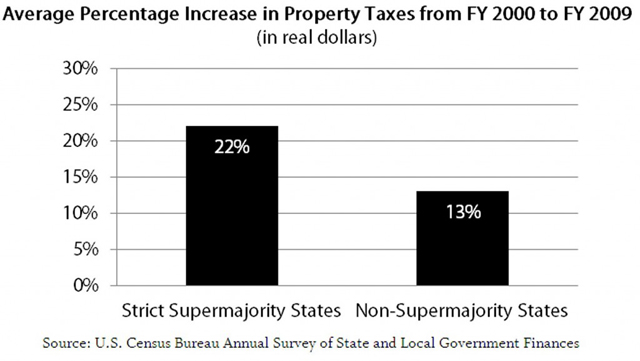 A supermajority amendment may not deliver on its promises. In fact, a supermajority requirement could create unintended consequences like shifting costs to the local level and potentially higher property taxes.

Policymakers should make tax and budget decisions directly, not through rigid formulas that create unintended consequences.

Our website has a special page with more information about the constitutional budget amendments and how you can get involved.

This post was originally published by Nan Madden at Minnesota Budget Bites, a project from the Minnesota Council of Nonprofits.