From Minnesota Brown by Aaron Brown

If you were to drive to St. Louis County and hug someone at random, there is a very tiny chance that person would be a miner or work in a supporting industry.

From Barataria by Erik Hare

Iran survives almost entirely on its ability to export oil, so this is a crippling move.  After decades of playing around their hand is being forced in a very draconian way.  Nations like China have said that they intend to keep buying oil from Iran, but without a way to pay them it is hard to imagine how this is going to happen.  No one knows just how the embargo will play out because it simply has never happened before, but it has to hurt.

…you know what? I don’t care. I don’t know Michael Brodkorb but he has been a major player here for a long time now. His old blog, Minnesota Democrats Exposed, was very effective in rooting out malfeasance and for that, I am grateful. But it’s become evident that Brodkorb has lost his perspective here.

From The Deets by Ed Kohler

From Communications Conversations by Arik Hanson

It is incredibly fun and demanding to work at a Major League ballpark each day. Just to be around the game is a thrill and to have 40,000 friends visit you each day makes it all that much more enjoyable. I do have a fair amount of interaction with the players and coaches through our community relations efforts. We have a separate Baseball Communications team that deals primarily with on-field media relations.

Blog Cabin Picture of the Week 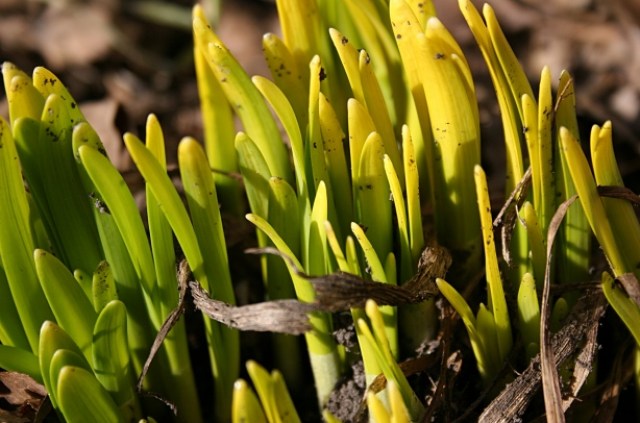 Photo by Audrey Kletscher HelblingDaffodils, the first flowers of spring in Minnesota, are springing up during this unseasonably warm March weather.

From Take This Weather, California on Minnesota Prairie Roots by Audrey Kletscher Helbling