TC Jewfolk writer Leora Itman was in Washington this week for the annual meeting of AIPAC, the American Israel Public Affairs Committee. We featured her interview with Sen. Al Franken earlier this week, but the whole of her comprehensive coverage is worth exploring:

Let’s talk equality of opportunity for a moment

From The Deets by Ed Kohler

If it’s good for Minneapolis to spend more than $10 million on a pro sports stadium, make the case and let residents vote on it. Minneapolis residents are not dumb. They would not turn down a deal that’s good for the city.

From Barataria by Erik Hare

The end of the Dollar Standard forces a tremendous reckoning that we are not at all prepared for.  It will certainly reduce the global value of the US Dollar as demand for it declines in international trade, making our exports more competitive.  However, we have built an economy based largely on sending US Dollars overseas and getting goods in return that will soon pass into the night like some kind of strange dream if the BRICS nations get their way.  Things will necessarily change as our economic influence wanes.

Tom At The Organ

He’s taking organ lessons. I find that particularly admirable given he’s 81. Not that he’s a musical novice. Tom isn’t. He once played an accordion and piano and even an organ and tuned and repaired pianos. He typically plays music by ear, including on this occasion.

From Thoughtful Bastards by Paul Udstrand

Winter finally kind of arrived in Minnesota this last week. Here in my beautiful city of lakes and reflections it was a nice opportunity to take some photos.

Blog Cabin Picture of the Week: 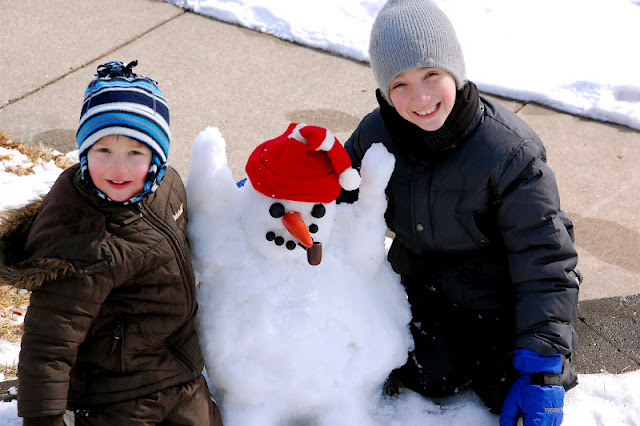 The last snowman of winter? From Happiness is a New Friend on The Snyder 5