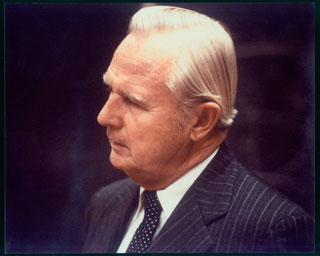 For the past several years, the Minnesota Historical Society has been interviewing leaders from the “Greatest Generation” and publishing biographies.  This is a most worthwhile project because it is increasingly imperative that we, the post depression generations, do all we can to learn from this special generation.

One of those interviewed was Carl Platou who was honored this past week by the University of Minnesota.  Now most Minnesotans probably are not familiar with that name but, in so many ways, he defines the essence of the “Greatest Generation”.

Like so many of his time, he was born of immigrant parents, endured poverty during the depression, lost his mother at an early age, and enlisted in the Army after the outbreak of World War II.  All those events clearly impact a young person.

However, I cannot imagine a more sustaining and painful imprint than being trapped behind enemy lines in the Philippines and enduring nightly Banzai attacks from a fanatically dedicated enemy.  And the conditions in the jungle were just as challenging.  Carl described it as a “stinking mess.”

One hundred paratroopers went in and ten came out.  Carl, wounded and malnourished, was one of the ten.  But seared in his memory was the overpowering realization that in combat one is totally dependent on others.  Teamwork and complete interdependence were not just rah rah phrases but the difference between life and death.  It is the realization that life is about we not I.

So it is not a surprise that 67 years later some 200 of Minnesota’s leaders gathered to honor the life work of Carl Platou which ranges from building the nation’s first satellite hospital system while the head of Fairview to creating the University of Minnesota Biomedical Discovery District that occupies the vast space just north of the new football stadium.

In this gorgeous area, some of the world’s finest bio-medical scientists will tackle the challenges of cancer, heart disease, Alzheimer’s, etc.   The entryway will consist of a modest bench area bearing the name of Carl Platou.  I truly hope that each year all of us will stop by, sit, and reflect.  There will be no better place for some simple thinking about the impact of vision, hard work, and genuine commitment to the wellbeing of others.

What is so special about Carl is that he always has a vision of a better tomorrow and the ability to enlist others to pitch in and help.  And, wow, is he good at that.  And the reason is simple; he sees the good in others and draws it out.

Now the doctors say that Carl will more than likely lose his fight to cancer.  That is not true.  He has already won – just walk by the Carl Platou Biomedical Discovery District.

To Carl Platou… with love