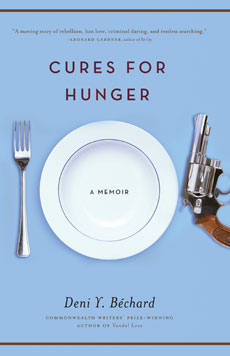 In men there is something that is not well understood or accepted by the more gentile aspects of modern society.  You can see it when young boys shove and jostle one another, or teen boys drive their cars too fast.  This thing, whatever it is, is not well-regarded in our overcrowded schools, which favor the more cooperative, less disruptive ways of girls.  And it’s not favored later on in society either, with its speed limits, its contracts, tax returns, credit reports and other constraints.

Most of us learn to deal with this, to live within these bounds to get what benefits that playing by the rules offers.  Some of us rush to the bounds and weave around them, pushing the envelope in new, creative ways, sailing the seas of high finance, or bearing the risks of entrepreneurs or the battles of politics.  Others of us become writers, skirting the bounds of the human soul.

But some of us never leave that childhood place where the uninhibited rush of emotion flows together with violence, imagination, the rejection of responsibility, and the love of freedom.  These are the charismatic ruffians, the charmers who we both love and hate.  The overly friendly, joking house painters who can down a beer in one gulp and sell you a stolen paint sprayer out of their trunk.  Mark Twain wrote about this space well.  Fitzgerald touched on it it his tortured Gatsby.  Stevenson nets it in Long John Silver.  But few writers have captured the full-bodied compulsive pull of it as well as Deni Béchard does in Cures for Hunger, a new memoir out from Milkweed Editions by the writer whose first novel won the coveted Commonwealth Prize.

Growing up in the foggy mountain valleys of British Columbia, Béchard loved his charismatic father André with the passion young boys feel for their dads.  It was thrilling when dad raced trains in his pickup, pulled onto the tracks, stopped the truck, and turned off the ignition—waiting as the blaring train bore down on them, his kids screaming—restarting it and pulling off with just inches to spare, laughing wildly.  What a jokester!  Deni laughed wildly with him.  Laughing away the fear.  They were alive!

André roamed his mountain christmas tree farm like a Norse god, taught his sons how to spot the dark bodies of salmon as they flashed in the rushing streams, told them fabulous stories from his glorious past, and managed his fish wholesaling business in town with the power of a mafia don.

But trouble emerges from the carefree mists of youth, as it always does.  One night Deni becomes aware that his parents are fighting.  His father has beaten two people—a man and woman—unconscious outside their ramshackle house.  The police come, and soon after they have to move.

Thus begins the unfolding of awareness, and the mounting conflict of love, hate and the need to understand his own identity, that drives this soulful and well-painted memoir.  André is more than a fun-loving and godlike figure.  As Deni grows he begins to see André’s violent sides more clearly—and to understand the growing tension between André and his wistful, crunchy, and hardscrabble mother, who rejected her parents religiosity but is increasingly drawn into the mysticism of the New Age.

Then one day she flees with the kids to live with relatives in Virginia, knowing that André, wanted for a mysterious crime in America, cannot follow across the border.  The sudden loss of his family is a shock from which André will never recover—the first painful flash of a self-awareness come too late in life.

At odds with the small-minded and hateful man she falls in with, Deni becomes a youth out of Twain. Cut off, searching, and self-possessed without yet being self-aware.  He steals, burns things, hitchhikes across the country, and finds himself stepping out onto highways, standing just inches away from rushing semi-rigs as they thunder by.

Then his mother, who has become a massage therapist, lets slip that his father wasn’t an ordinary man—he was a bank robber, in the colorful sense of Butch Cassidy, of Jesse James.  What could possibly be more exciting?  More vindicating?

Deni’s mother won’t let him visit his dad and she keeps their location from him.  But Deni imagines them on the road together, fishing and robbing banks—rich, daring and carefree.

By age 15, Deni is freed by his mother to go back to British Columbia to live with his father and, deeply moved that his son is reaching back out to him, André agrees to tell him the stories of his scurrilous past. But from this age and perspective things seem different.  André doesn’t want Deni to go back to school, he’d rather they worked together in the shady, under-the-table aspects of his fish business. After all, André didn’t need school. He worked from age 15.

Trapped in the net of love, admiration, charisma, imagination, fear and disappointment that is his father and is their relationship, Deni begins to reevaluate who he is as a person, and begins to long for something more.  He had always wanted to be a writer.  But the questions still nag.

Why, for instance, does his father refuse to talk about his family in the Gaspé of Quebec?  Deni doesn’t even know his grandparents’ names.  Perhaps by understanding his father’s stories, and by unearthing his mysterious past, Deni can find the keys to his own torments, rages and compulsions—the Cures for Hunger—and find a way to still be free in a life of adult constraints.

A coming of age story with rare and loving insights into the vulnerable hearts of men and boys—and the women that help shape them.

The vulnerable heart of machismo