ON ANY GIVEN DAY, I can drive on a street in Faribault, walk along the sidewalk, glance out my office window or go shopping and see a racial diversity of people.

I can stand in my side yard and look toward the home of an Asian couple. I can glance up the hill and watch two preschoolers, the daughters of a white mother and an African American father, play outside. In my front yard, I can see, several houses down, the Hispanic family that has lived in my neighborhood for years.

Yes, Faribault, population 23,352, is a community of diversity. Thirteen percent of our residents are Hispanic/Latino and another 7.4 percent, black or African American, according to the 2010 U.S. Census. All totaled, about one-fifth of our residents identify themselves as “non-white.”

As my husband would say—and this is not meant at all as derogatory—shopping in at least one local grocery store is like walking into the United Nations. We shop side-by-side with Spanish-speaking Latino families and with Somali women clothed in billowing dresses and head scarves.

Just the other evening, as I entered the local public library, a Sudanese man held the exterior library door open for me while his pre-teen son opened the interior door. It’s been a long time since a young boy held a door for me and I expressed to him my appreciation for his respect and good manners.

The other day, while waiting in the car for my husband to pick up milk at a local convenience store, I observed a cluster of teenaged Somali girls, dressed in head scarves and flowing dresses, move along the sidewalk while, just across the street, a 60-something white woman clad in a jacket resembling an American flag pushed a cart of groceries. It was a unique visual illustrating diversity in Faribault. 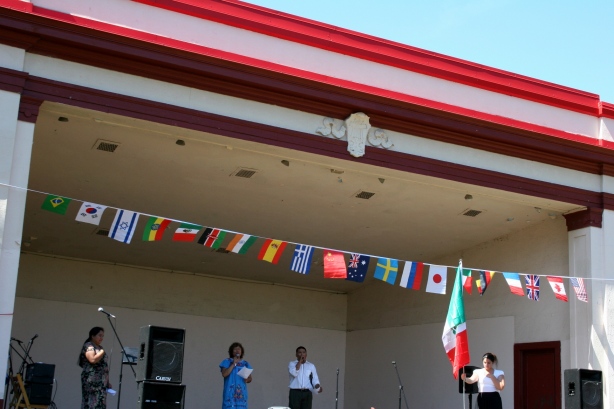 The diversity of my community bubbled to the surface Tuesday after I read a comment on City Pages, an online Minneapolis-based information source. A post I published last week about jewelry store thefts in Faribault and elsewhere in Minnesota was linked to in “The Blotter” section as was an article in the Faribault Daily News which identified the jewelry store thieves as “black males.”

Now I don’t want to get into the issue of whether the news reporter should have racially-tagged the suspects. But I was miffed by the first Blotter comment on the blog post.

It looks like “diversity” has now spread to Hastings and Faribault.

That comment was followed by a reply I won’t print here because of the language. But you can read it by clicking here.

So why did the initial diversity comment rile me? Well, I’m tired of over-generalizations that those of us living outside the Twin Cities metro area reside in closed-up communities comprised mostly of Anglo-Americans. We are not just a bunch of white descendants of Scandinavians or Germans or Irish or French… We are racially diverse and growing in diversity.

If you ask the residents of Willmar or Worthington, St. James or Madelia, or many other Minnesota towns, they’ll tell you the same. Latinos, Asians, Somalians, Sudanese and others call outstate Minnesota home.

Diversity spread to Faribault decades ago. Just stroll through my neighborhood.

How diverse is your neighborhood, your small town, your suburb, your city? Let’s hear.