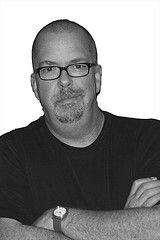 I’m finding myself fascinated by the Romney campaign, in the same way that I was fascinated by the Obama campaign four years ago. Once again, America has the opportunity to vote for a candidate who doesn’t fit the traditional Protestant Christian mold. This is even more interesting to me because Romney has earned the nomination from the Republican party whose very base is conservative Protestant Christians.

This is really interesting theatre for me because in almost every measure Romney is a fine candidate for the Conservative base except, and this is a big except, which I believe will play out more as the campaign goes on, he’s not a Christian. At least in the view of the Religious Right. So the conundrum for that crowd is, can we throw our full support behind a guy who can’t pass one of the critical litmus tests: religion. Since the Reagan days candidates have gone out of their way to prove their religious credentials to the Right.

It’s a rite of passage on the Republican side.

Now, I get it that Mitt’s not the perfect candidate for a few reasons. The Tea Party, which by all accounts is simply the Far Right under a new name, has a hard time with some of his positions, or past positions on health care, taxes and choices. But the Tea Party has a bigger problem with their perfect candidate, represented this time around by Rick Santorum and Michelle Bachmann. For them the perfect candidate isn’t electable in a general election. Too extreme and polarizing. That’s how Tom Emmer lost the race in Minnesota.

But these days Romney has re-opinioned himself on abortion, health care and taxes and is working hard to close the ranks of his party behind him.

Except.. except that one little thing, the Church of Jesus Christ of the Latter Day Saints.

Talk to any Mormon and they will patiently explain to you that their church is a Christian Church. They believe in the divinity and the resurrection of Jesus Christ and to them that makes them Christian. However they also believe that the early Church was an apostate church, specifically the Catholic version, that the Bible has been mis-translated and that theirs is the True Church, established by Christ, in the America’s and that its history was revealed to the Prophet and Founder Joseph Smith, through Golden Plates provided to him by the Angel Moroni. The believe in a little different version of the trinity than the mainstream Christian faiths, and they believe that pious Saints will one day become gods themselves.

All of this was revealed to Joseph Smith through Golden Plates, shown to him by the Angel Moroni, and these plates describe a very different theology and very different history of North America, that what traditional Christian theology believes.

I’m not going to get into a theological argument in this space, but I will point out that the difference is quite significant and despite the LDS arguments, no Christian denomination accepts them into communion, or for that matter views that even being Christian.

Arguments which I, as a Jew, find very interesting and thankfully and which I get to observe from the sidelines, having, as they say, no dog in this fight.

But I did have a lot of Mormon friends growing up. In California the LDS Church has a much larger membership base than Minnesota and when you grow up in a upper middle class neighborhood, you’re going to run across lots of Saints. And, frankly, I’ve always been impressed by their commitment to family, faith and lifestyle that any fundamentalist Christian would respect, except.. except that Book of Mormon thing and the fact that they consider the Mormons to be a cult, and at times persecute them as vigor usually reserved for um.. well, Jews.. Check out the Missouri Mormon Wars for some interesting history.

So why do I care?

Because it prompts the question that I’ve had in my house since was a kid. I overheard my parents talking about it with their friends, I’ve had it with my friends. My parents started it when Kennedy was elected in early 60′s, came up again with Obama and now it might come up with Romney, the question is this: can a Jew be elected President?

Interesting question. Strip away the niceties and PC speak and there’s a little element of this logic.

I’ve never found Anti-Semitism to be very far below the surface in America. Off-handed comments from friends about “Jewing” down a deal, assumptions that Jews are some sort of fifth column of unloyal Amercians, we own banks and Hollywood and have some kind of cabal that controls both of these and the world’s headlines as well.

So can this be overcome? I wouldn’t have thought that I would live to see an African American president and all politics aside I’m proud of our country for that alone.

But what about the Jews? My parents used to wonder out loud; who does America, and by that they meant White Anglo Saxon Protestant America, whom most of us minorities see as the “establishment”, who does America hate more, Catholics or Jews? As if being “less” hated would get one of us elected.

When Kennedy was elected, overcoming virulent prejudices dating back the first Puritan Settlers we kind thought, “Hmmm, maybe it’s possible.” Ignoring of course the calculus that Catholics together make up roughly 25% of the US Population, and are the single largest religious community in the country. Jews BTW, all versions of Judaism, come in just under about 2% of the US population.

Personally I don’t think I’ll live to see it. The barriers are high, our numbers are small and it’s just to much of stretch to think that peoples attitudes could be adjusted to elect anything but a Christian as president. Then again, Romney may change all that.

Could I pass the presidential litmus test?