With all the attention paid to the DFL primary in Minnesota’s Eighth Congressional District, state political watchers are missing out on an equally interesting DFL primary in State Rep. Tom Rukavina’s soon-to-be former House district. For that matter, the new District 6B will also be home to one of the first Republican primaries in recent Range history as well.

I have a few thoughts on the candidates in this race, which I share below. I preface this with the disclaimer that I know two of the candidates fairly well, Jason Metsa since the 2006 campaign and Lorrie Janatopoulos since I was a teenager. I respect them both. This was a difficult post to write, but I did strive for fairness and honesty in my assessment.

Metsa is a union organizer in the classic sense; he has spent the last several years of his life organizing union political efforts on the Iron Range, including work on several pro-labor political campaigns. He comes from a long-standing Iron Range political family. His grandfather Elder Metsa was a well-known Mayor of Virginia. His uncle Paul Metsa is the well-known singer-songwriter. Other family members have run small businesses around the region where Metsa has worked over the years. If you’ve been affiliated with a DFL campaign that had business on the Iron Range, chances are you know Metsa.

Metsa fell short of the votes needed to win the DFL endorsement after Rukavina announced his retirement, but did come close. The 6B convention thus adjourned with no endorsement. But in rather large recent news, Rukavina himself endorsed Metsa this past week. This is probably the biggest personal endorsement one could get in this race, where political coalitions are still formed via old fashioned connections.

Metsa’s strength is his campaign and organization ability. He works a room well and tends to win people over in person. His weaknesses come in questions over how he’d serve as legislator. Would he be an independent voice or one more tied to the central organization of Iron Range political, lobbyist and development leadership that continues to have a strong influence over Range politics? Like Jeff Anderson at the Congressional level, Metsa won a lot of Range support with a “mine first, ask questions later” approach to the issue of new mining east of the Range. I think an independent voice lies within Jason; but it remains to be seen how he’d demonstrate that if elected.

Janatopoulos is also no stranger to organization, though her work has lasted a lot longer and occurred in a different realm. For years she’s been the project manager for the Arrowhead Economic Opportunity Agency, a public service organization that connects people in need to services. In essence, if there’s some kind of problem — home heating, lack of food or social services issue — in a poor family’s home, Janatopoulos has worked on solutions, often one-on-one. 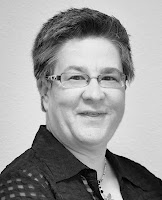 She has the support of Ida Rukavina, daughter of the retiring representative, and has been friends with the elder Rukavina for decades. The Rukavina family is close, so the split endorsement here shows you just how tough this primary is for many DFLers on the Range.

Lorrie’s strength is actually how she’d function as a legislator. With a depth of experience in state policy and how it affects real people, I can imagine her being a potent force in committee meetings and on the House floor. Her weakness is probably on the political side. She’s been very outspoken on progressive issues and while she supports new mining she hasn’t given developers a lot of lip service like most candidates do on the Mesabi. In the paternalistic world of Iron Range politics, she’ll never qualify as a good old boy; she is very independent. Will her nontraditional candidacy be able to appeal to a very traditional Range electorate? That is unproven.

Dave Meyer, an Aurora construction worker, has also filed to run in the DFL primary. I spoke to him in May. His campaign has been very quiet, however. He did not speak at the local DFL convention, march in the parades or screen for any union endorsements, despite his union membership. So until I hear otherwise, I’m going to suggest that the race really comes down to Metsa and Janatopoulos.

It must bear mentioning that this primary is really an internal family disagreement. It would not have been uncommon to find Jason and Lorrie sitting at the same table at DFL meetings during previous campaigns. The fact that Rukavina the elder has endorsed Metsa, while Rukavina the younger has endorsed Janatopoulos shows that this is not as simple as a generational conflict, either. It has to do with whose style, organization and priorities will carry more weight in the Iron Range political world of the early 2000s. No small thing.

Some have said that the main advantage for Metsa is that with the Range losing political seniority and clout, a new representative needs to be in office a long time to gain that seniority and clout back, favoring a young representative. This argument was among the reasons Rep. Carly Melin won Tony Sertich’s old seat back in a 2011 special election. (Metsa was Melin’s campaign manager). I’d buy the argument if it came from young people, but young people on the Range are by and large concerned with the region’s loss of culture, school quality and economic opportunity outside mining. The best candidate needs to address these things first.

But let’s not ignore the elephant in the room. Mining. There is a litmus test within a litmus test on mining in Range political circles. You can’t just agree to support the expansion of new mining, as both Metsa and Janatopoulos have; you have to preach it as the one true gospel. Metsa has done this. Janatopoulos has not. Is this what will decide the primary? I hope not, because both candidates can and should be judged on their other attributes as well.

In the Republican contest, endorsed candidate Jesse Colangelo of Eveleth, a registered nurse with a conservative, pro-union message is the favored candidate against Dan Darbo of Hoyt Lakes. Republican primaries are a bit of a mystery on the Range, however, where the GOP electorate is considerably more conservative than in other parts of the state.

Nevertheless, I expect Colangelo will prevail here to face a daunting but not unthinkable challenge in the general election. The degree to which mining politics could explode along with the MN-8 race in this general election should not be discounted.

Before the primary I’ll invite the DFL candidates to share their thoughts on their candidacies to help people make an informed decision. I’ll do the same with the GOP and DFL nominees in the general election.