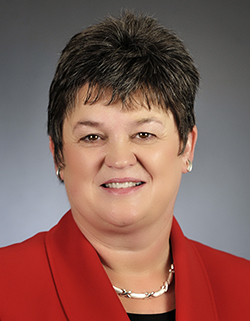 In an op/ed appearing in several Minnesota newspapers, State Representatives Deb Kiel and Dan Fabian call out Minnesota Department of Revenue Commissioner Myron Frans for saying something to the effect that a Thief River Falls entrepreneur did not build his business alone.

It’s evident from the commissioner’s response to the business owner that there are two vastly different ideas as to how we should help our economy grow and add jobs to our area.

We maintain that local businesses — the backbone of our economy — will help rebuild our economy with a more favorable tax code that makes it easier for business owners to operate and expand, decreased regulations and a government that gets out of the way. 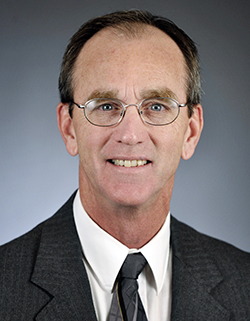 The representatives work themselves into a lather over the commissioner’s comment so they can segue to a popular and evergreen theme: Minnesota is an unwelcoming place for small business, with taxes and regulation that stifle entrepreneurs and drive companies into the low-tax arms of South Dakota.

But where’s the proof? One business owner grumpy about his taxes does not make a case. And while the gentleman’s company wouldn’t exist without his original vision, hard work and risk-taking to get it off the ground, he could not have built it alone.

No one really builds a business without the help of other people or the support of the community in which it operates.

No matter how hard you work, no matter how smart you are, no matter what the income tax rate is, your business’s potential is extremely limited without the talents, ideas, contacts and labor of other people. And while the importance of location varies with the type of business, no owner can function without the public infrastructure, laws and court systems that support the company.

As the founder of a business that has lasted for 24 years, some of them without me since I turned it over to employees, I learned how hard it is to find, recruit and retain good employees, suppliers and customers—and how important place is, in educating workers, giving them relevant experience and providing an environment where they want to live, raise families and enjoy a well-rounded quality of life.

Without employees, you’re unlikely to ever have to worry about paying the top tax rate.

However, it’s also true that a majority of small businesses are one-person enterprises, so in that sense,  there are a lot of business people whose businesses are the product of their work alone.

Starting a business is tough, but it’s even harder to build one. Look at these facts:

Most of these businesses fail to grow because of inexperience, insufficient capital, poor management practices and competition, not regulation and taxes. And here’s one more reason why businesses don’t grow:

Most small employers are restaurateurs, skilled professionals or craftsmen (doctors, plumbers), professional and general service providers (clergy, travel agents, beauticians), and independent retailers. These aren’t sectors of the economy where product costs drop a lot as the firm grows, so most of these companies are going to remain small. And according to Hurst and Pugsley’s survey evidence, the majority of small business owners say that’s precisely their intent—they didn’t start a business for the money but for the flexibility and freedom. Most have no plans to grow.

In other words, the greatest limitation on the growth of small businesses is the individuals themselves.

I can honestly say that government never got in the way of my business, nor did it directly intervene to make us successful. It simply contributed to the conditions that allowed us to succeed, and when we did, it collected more taxes.

But issues vary by industry. If there’s concrete evidence of real problems, Kiel and Fabian should cite them and propose solutions. Instead, they allege a Dayton administration hostility toward business in general, while claiming credit for Minnesota job gains, lower than average unemployment and higher tax revenues that occurred under the governor’s watch.

“Getting government out of the way” is a political slogan without an actual track record. Constant carping about Minnesota’s tax rankings and business climate hasn’t helped a single business, and it’s probably scared away a few.

Going back to 2007, we’ve repeatedy looked for evidence of job migration because of taxes and dug into claims about the superiority of other states as business havens. While we won’t deny that businesses occasionally relocate or expand in other states, we’ve found no credible study that shows taxes and regulation are a significant factor in hampering Minnesota’s economic growth.