It seems that I disagree with Tim Dalrymple on lots and lots of stuff. Nevertheless, it’s been interesting watching him publicly wrestle with the question of whether his evangelical abhorrence of gay sex should be codified in anti-same-sex-marriage laws. First, he asked, Is it time for evangelicals to stop opposing gay marriage?

the question at hand is not whether we should abandon the historical Christian teaching on marriage.  The question is whether we should contend for laws and regulations that give this vision of marriage the sanction of government.  And to make one more distinction: the question is not whether Christians have the right to promote their views, just like everyone else does, and to support or oppose laws on any grounds they wish, including religious grounds.  There’s nothing categorically wrong with supporting laws and politicians who recognize and affirm what marriage actually is, even if your view of marriage is religiously informed.  The question, rather, is whether it is still wise to press for American law to recognize only heterosexual unions.

There are about a million and one caveats in that post. Tim knew he was going to be hammered by his fellow evangelicals. He furthered his questions and clarification in a second post, Ten things I believe about evanvelicals and same-sex marriage: 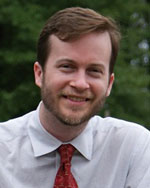 Tim is being courageous here, IMHO. I think his view of human sexuality is retrograde and a misunderstanding of the Bible, but he comes by his opinions honestly. His question is twofold: Is it good for our Christian witness to keep fighting same sex marriage in the political realm? And is it even necessarily good for our democracy to keep fighting it?

On this latter thought, Richard Mouw answers Tim’s questions with a resounding YES! Mouw is the president of Fuller Seminary, at which I teach as an adjunct DMin professor; I have a great deal of respect for Rich. He’s good for evangelicalism, but he’s wrong about gay marriage: 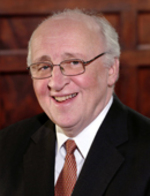 The question is especially complicated for those of us who are inclined to concede the case for supporting “civil unions.”  In a pluralistic society there are many “living together” patterns that I do not approve of on moral and theological grounds, but I nonetheless think should be legally permissible in the larger culture.  We are presently living—to use a fine phrase that I learned from John Howard Yoder—“in the time of God’s patience,” which means that we must also cultivate that kind of patience as we await the Return of Christ.

So, once I have made the concession to civil unions, why not also grant a legal status for same-sex marriage? I am not ready simply to give up on restrictions on what is called a “marriage,” for at least two reasons. One is that much is at stake in legislation about marriage. Some Christians have been arguing recently that we should simply distinguish between marriage as a legal arrangement and marriage as a ceremonially based religious union. I find that unsatisfactory, precisely because it encourages religious folks to abdicate responsibility for legal regulations regarding marriage in the larger culture.

In his post, Rich goes on to criticize my view on marriage and side with Lisa Miller, who wrote about me in the Washington Post a while back. So I thought this would be a good time to summarize my views on same sex marriage, and to push back on Rich and side with Tim (or at least answer Tim’s questions, No).

1) I do not believe the Bible prohibits same sex marriage. This is well-trod ground by many biblical scholars, and I won’t retread it here.

2) Marriage changes. What is considered “marriage” has evolved over time and across societies. Even the Bible reflects that evolution. This is an inescapable fact. (More on this tomorrow.) This word, “marriage,” is a placeholder for a variety of meanings, emotions, and ideals, but it’s not a static entity. It’s a moving target.

3) Clergy should stop signing marriage licenses. When pastors sign documents that legally bind persons into a state-sanctioned contract, they are acting as agents of the state and forfeiting their prophetic posture toward the ruling powers. Here I agree with Rich Mouw: Christian leaders do have a role to play in the shaping of how the culture views “marriage,” but we abdicate that authority when we act as proxies of the government.

4) Civil Unions are not the answer. “Marriage” matters to LGBT persons because we — a western, Christian culture — have invested it with so much meaning over the centuries. Now gays and lesbians want in on that. We reap what we sow. To tell them that they can have civil unions but not marriage is like saying, “You can drive, but only a scooter; never a car.” As Christians, we should vehemently oppose all classist structures and caste systems.

5) We should encourage monogamy. Long ago, our culture turned against polygamy and began encouraging monogamy. In the U.S., we even financially incentivize heterosexual monogamy in the tax code and many laws. One of the main reasons we did this was to protect children (who have few rights) and women (who had less-than-equal rights at the time). Another irrefutable fact is that many gay and lesbian couples are now raising children — it is illegal to discriminate against them for adoptions, and many are also using surrogates. In order to protect those children, and vulnerable partners in those relationships, we should incentivize monogamy among GLBT couples in the same way that we do among heterosexual couples. I submit that even evangelicals should face the reality that gays couple and raise children and should advocate for monogamy.

6) Therefore, legal marriage and sacerdotal marriage should be separate. Encourage monogamy among all couples, gay and straight. And accord all religious communities the freedom to sacramentalize the marriages that they want to.

Should evangelical Christians give up the fight against legal recognition of same-sex marriage?