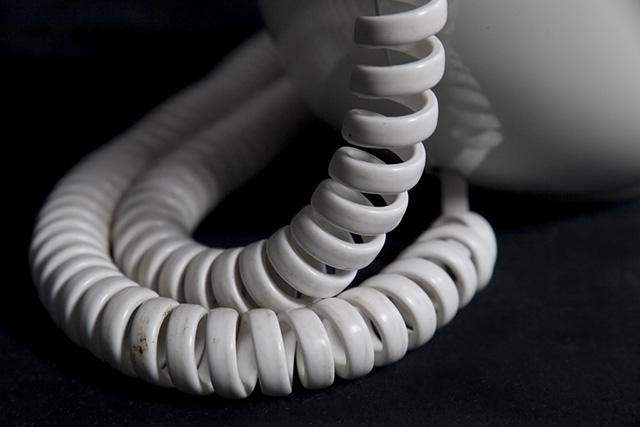 CC/Flickr/John Cope
Many times, I would simply have to hang up since I had a life with responsibilities and obligations. Other times, I would be holding for a long period and suddenly the call would disconnect.

As a self-employed, small business owner, I had high hopes for the Affordable Care Act. I was giddy at the thought of lowering my premium costs, which now total $6,000 a year for an individual policy with a very high deductible.

Obamacare, as it is usually called, was passed in spring 2010, but didn’t go into effect until this year. I couldn’t wait to sign up.

If only it were that easy.

We all know the story: Obamacare launched and the federal website was an immediate disaster. A few states fared better than the national program as they had done their homework and created well-designed exchange systems.

Sadly, this was not the case in Minnesota — where I reside — where MNsure is the state-run version of Obamacare.

When MNsure launched in late October 2013, I was probably one of the very first to go on the website. Certainly I was one of the first kicked off the website. We’ve all read the news accounts of people attempting over-and-over to create a MNsure account, shop for insurance and then filter through the qualifying process. I had the classic bad experience. Countless times, I went on the website, only to have it freeze up or boot me off. Then, at one point, the system would no longer let me login at all and I got a “password fail” message.

I was stuck. I was frustrated. Still, I persisted.

Personally, this was an especially stressful time in my life, as my mother was dying after a long battle with Alzheimer’s disease. I had moved Mom to my home and she was in hospice. I remember sitting by her bed and holding her hand while also holding on the phone for a live MNsure representative to help me in my quest to obtain more affordable insurance.

This was probably the first time I cried.

After holding for hours and hours at various times of the day, I was finally able to get through to tech support. Surprisingly, getting my password changed proved to be the easiest fix.

After that, things went very wrong.

My mother died in late November, so I probably was not at my sharpest.

However, I was determined to have new insurance by the end of the year. And, since I had been a caregiver for two years, I believed I would qualify for a healthcare subsidy of some type.

News reports indicated the MNsure website was more stable and it appeared to be true. I logged on easily and sailed through the application process. Next, I started shopping for healthcare policies. To my surprise, the policy costs were about the same as the open market and there didn’t seem to be any way to find out if I qualified for a reduction due to my income level.

That’s when I discovered, I had clicked on the wrong track — the track that was for those who wanted to purchase insurance with no financial assistance. This proved to be a mistake that would cost me, both financially and emotionally.

That’s when I cried again.

I was beaten down and I was frustrated. But I persevered.

Finally, on the last day of 2013, I held for 90 minutes until I finally reached a live person who listened dutifully to my tale of woe. She cheerfully told me to “disregard the first application” and submit a second one on the website, this time following the track that would allow the system to determine my eligibility for health insurance assistance.

Really? It was that easy?

With high hopes, I hung up the phone and began a second application.

This second application was my second big mistake.

I was locked out.

Luckily, I had not cancelled my existing policy so it would continue into the New Year. I still had insurance but it was continuing to cost me dearly.

After my holiday visitors left in mid-January, I reluctantly opened my ever-expanding healthcare folder again. I think I deserved credit for my persistence and my patience.

I would need this patience as 2014 began.

My latest quest for affordable healthcare coverage included a long series of calls, emails and more calls to various MNsure personnel. I encountered individuals, who always sounded nice and chipper at the beginning of our calls. Yet, as my problem became more challenging for them, they would lose interest. It was never possible to talk to the same person twice and non one called back to follow up.

One day, in a fit of frustration, I even tweeted about my situation. Since I have over 9,000 followers, I thought that might get some results. Within minutes, I had a response from someone obviously in a management postion. Bryan asked me to call him. I did call Bryan. He seemed interested and promised he would help me.

After exchanging emails back and forth, it was determined that I needed to speak to a specific department. I was given a phone number. I called that department, but no one could help me in the least. More emails and phone calls to Bryan in management, but I’ve never heard from him again.

By this time, I was also losing interest. Yet, I didn’t have a choice. I had to keep going.

During my numerous phone calls, I learned that compounding my situation was the fact that the people at MNsure could only see one application in my account. On their computer screen the good application appeared. My second application — the one I actually wanted to use — did not even appear in their system. I was told by most everyone I spoke with that, “We need to get rid of that first “bad” application and then you will be able to apply for insurance.” Yet, even though everyone promised that would be accomplished in hours/days/weeks (take your pick), it never was resolved.

Three months have passed and I am still stuck.

Yesterday, I called again. This time, I spoke to someone who realized my issue needed the help of someone who really knew how to get something done. He passed me along to John, who promised the first application, or as I have taken to calling it, the “Very, Very Bad Application,” would be removed within 24 hours. John actually called me back this morning, which thrilled me to no end. He promised the Very-Very Bad Application would be gone by the afternoon.

This afternoon, I called again. I was not happy. I was upset. I wanted results.

Once again, I told my story. I was put on hold for a very long time and then the first person transferred me to a youngish man.

Tim did not ask for my story. He thought he knew what was needed (spoiler alert: He did not). After putting me on hold for an extended period of time, Tim returned to the call to give me a long-winded explanation that involved a pie queues. Huh? First time I had heard this explanation. His estimation was that this would take weeks or as much as a month to resolve my issue “because of the pie queues.”

Tim insisted it was out of his hands. He was done with me.

No sir. I was getting mad. I wouldn’t let him go. Why, I asked had no one told me about the pie queue and what WAS it anyway?

Obviously, Tim did not know what he was talking about. While he really didn’t want to hear my story, I insisted he listen and recounted it briefly. Silence.

Tim responded that I could forget the lengthy pie queue tutorial.

Thank goodness. Although now I was hungry for pie.

On hold several more times, this phone call was now over an hour long. Yet, for the first time, I actually felt hopeful. Was Tim the Man? Could he erase the Very-Very Bad Application?

Tim came back on the phone and (very pleased with himself) announced that he had indeed deleted the Very-Very Bad Application. Problem solved, he wanted to end the call.

Not so fast, buddy.

The bad application was still there. I told Tim I appreciated what he had done, but that I didn’t want to hang up until I knew it was actually gone.

To bide my time, I also asked him about how to proceed once the Very-Very Bad Application was history. His response, “Just create a new application.”

Wasn’t this how I got into big trouble in the first place?

I brought this to Tim’s attention. He did not address that issue.

I kept checking to see if the very bad application was gone, but it still appeared. Tim argued that it was deleted but just not showing up on my screen. I cleaned out my cache, cookies and more but no-go. On my screen, nothing had really changed. I had just invested another 75 minutes of my time and no progress had been made.

Tim told me it might take a day or so for the change to process through the system. Really? Perhaps, but I had heard this before, and the Very-Very Bad Application was still there.

My incredulous reply, “Wait, can you say that again, I want to write it down.”

Long sigh from Tim, but he repeats it.

I write it down.

Then he tells me to stop checking my account to see if the Very-Very Bad Application has indeed been deleted. He says, “If you keep checking, it won’t change.”

I write that down, too.

Tim is now getting antsy. He wants to hang up. “I’ve put in 47 minutes on this call and I have other people to help,” he tells me.

Getting snippy, I change the subject and inform Tim the MNsure on-hold music is beyond horrible. Elevator music is bad enough, but elevator music that is out of sync and filled with static noise is just plain torture.

He chuckled. Tim knew exactly what I was talking about. His comeback? “We have 99,000 bigger problems than the music on hold.”

Silence on my end. I am writing this down as well.

Even though I have been instructed not to check the applications, I do so and report to Tim that both applications still appear in my account. Nothing has changed.

Tim is exasperated with me. I tell him I won’t hang up and he will have to hang up on me. I plead with him. Really, I am at the end of my rope.

Tim does hang up, but not before telling me, “No one can do anything more for you.”

I look at my handset, hear the dial tone and start to cry.

It is March 19. I think Obamacare has broke me.