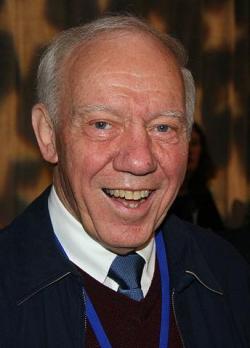 Without question, Jim Oberstar will long be honored as one of Minnesota’s most effective members of Congress. He had an uncanny ability to get things done and never shied away from what may have appeared to be an impossible mission.

Early in my administration, we were beset with the problem of a takeover of Northwest Airlines and a subsequent request for the state to lend money in return for some long-term commitments. This came on top of trying to deal with a multi-billion dollar deficit and passing a highly controversial wetlands protection bill. Believe me, we needed friends, particularly on the Democratic side of the aisle.

And help came. Shortly after the Northwest Airlines takeover, we reached out to Congressman Jim Oberstar because it affected his district and no one in Congress was more versed on transportation issues. He responded and came onboard with full enthusiasm and an endless array of solutions. Never once did he raise a partisan concern. No, he folded up his sleeves, joined the team, and made the ultimate package a bi-partisan effort. What was impressive was his knowledge of the issues as well as the players involved. But at all times, his focus was on keeping the 20,000 plus jobs in Minnesota and preserving Minnesota as a hub. He was the Lou Gehrig of our lineup.

Later, in visiting Washington, I got to know him more as a person. He was a genuine renaissance man. His education and intellectual curiosity was first rate. After graduating from St. Thomas University in St. Paul, he received his M.A. from the College of Europe in Belgium and was fluent in six languages including French. But he was also a type-flight historian. I suspect he had a hard time making a career choice being torn between teaching at a University or serving in Congress. From my experience, I can tell you he did a lot of both.

One day, he took me on a tour of Congress and pointed out where various historical debates occurred, the contents of the debates, and the colorful stories that surrounded those historical moments. I was dazzled by his brilliance and his retention of history.

Jim Oberstar was a superb example of the best in public service. He understood that partisanship and political competition was a means to attaining office but that the end goal was to develop good public policy. To achieve that end, he was willing to reach across the partisan divide. I was honored to be his partner.

Jim Oberstar: Congress’ best and what an ally