Much of what we see and read from the Left is self-congratulatory and dismissive of legitimate concerns. Often, it’s boiled down into bumper sticker-sized graphics that appear on social media. Consider this one: 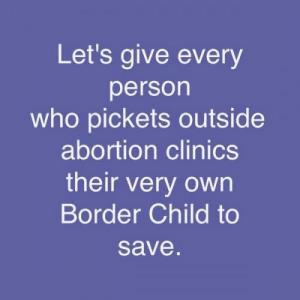 Let’s give every internet meme a non-sequitur

The border crisis is a crisis for many reasons; the largest reason isn’t that it’s some horrible alien horde or invasion, though. The real reason it’s a crisis is much more simple than that. Each one of the people coming across the border is arriving because they have specific needs that must be addressed. And in a lot of cases, they are coming to a place that is going to have a hell of a lot of trouble addressing those needs.

We’re hearing reports that the recent arrivals are getting dumped off in places like Nebraska. Let’s think about this for a moment. The majority of these folks are coming from Central America, specifically places like Guatemala, El Salvador, and Honduras.

Let’s assume that some of the new Nebraskans are from Guatemala, perhaps hailing from the Quiche region, which is west of Guatemala City and near Lake Atitlan. I was in this region many years ago, as a high schol exchange student. I saw what it was like — conditions there are pretty horrible and there’s little question that the Guatemalan government, then and now, treated the Quiche Maya quite badly. There would be multiple reasons why children would go, or be sent, to el Norte. So, for the sake of argument, a 14-year-old girl from Quiche arrives. She might look something like this young lady.

The girl in that picture was in Mexico, hoping to get north. Say she gets here and the feds send her to Nebraska, bound for Omaha or Scottsbluff, or some place else. What is her condition upon arrival?

Supposedly there are sponsors for this young woman. What if there aren’t? If you are a social service official in Nebraska, how do you handle the case? Do you expect any help from the federal government? Would you get any? Or would you be on your own?

Suppose she stays, and you should assume she will stay, because there’s not much chance she’ll be sent back. She needs to go to school and would need to catch up to her peers. She’s going to need education, health care, a place to live. For the sake of argument, we’ll stipulate that she has a dream. Can she realize it if she’s placed somewhere that doesn’t have the resources? Can you just place her in an American high school and be done with it? This is going to happen to these children. It already is happening.

I am highly sympathetic to the plight of immigrants generally. I realize that the Know-Nothings didn’t want my Bavarian ancestors coming over here in the 1850s, and that my Irish ancestors, who mostly came over a decade or more before that, were told that they need not apply. I am fortunate that I am a 4th/5th generation American, because I have never borne the brunt of prejudice as some of my ancestors did.

Still, it’s important to ask if we have a plan for taking care of thousands of people who have nothing. And posting smart-ass internet memes isn’t a plan.