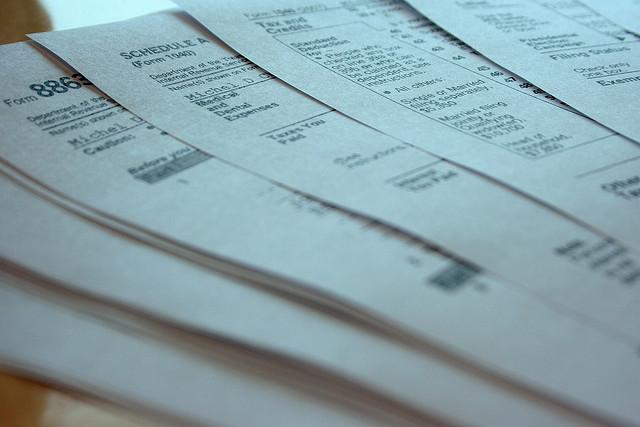 CC/Flickr/Mike Chaput
By voluntarily releasing his tax returns, Dayton started a new level of public transparency, one that Johnson and Nicollett agreed should be followed.

The Star Tribune just posted another very interesting story about candidates for statewide office releasing their tax returns for public examination. Candidates for political office in Minnesota are not required by law to release their personal income tax returns.

As noted in the Star Tribune story, Gov. Mark Dayton has released his tax returns every year since 2010. Hennepin County Commissioner Jeff Johnson and Independence Party’s Hannah Nicollet both released their tax returns.

I wrote last November that while candidates are not required to release their tax returns, it’s a smart move by the candidates for governor to do so, because the incumbent governor has done it for years. A candidate refusing to release their tax returns will provide their opponents with political fodder to be used against them during the campaign. Get ready for repeated questions, such as “what are you hiding?”, if the returns are not released. Not releasing your tax returns will be a distraction – if you don’t want scrutiny, don’t run for office.

On the flip-side, Minnesota campaign laws don’t require the release of income tax returns, so why should candidates for statewide office burden themselves with an extra requirement? Because, it just makes sense – especially when your main opponent is voluntarily releasing their returns.

The Star Tribune’s story about Dayton, Johnson and Nicollet releasing their tax returns, noted “other candidates’ tax information is not expected to be immediately forthcoming.”:

By voluntarily releasing his tax returns, Dayton started a new level of public transparency, one that Johnson and Nicollett agreed should be followed. I’ll repeat what I wrote in earlier this year: to prevent future questions and distracts, Honour, Seifert and Zellers should do the same and release their tax returns before the primary, as their fellow candidates have all done.