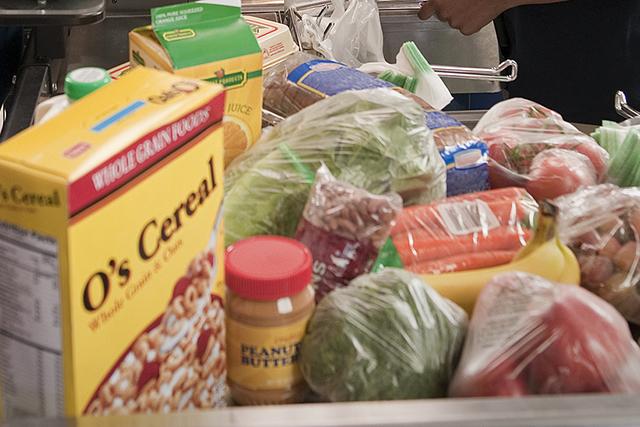 After my father died, growing up, my family depended on entitlement programs like WIC, free school lunch, and the Supplemental Nutrition Assistance Program (SNAP). Hardly the mystical “Welfare Queens” conservatives imagine, we were just a low-income, single-parent household. You know, like a lot of families who rely upon these programs. By not worrying about where my next meal would come from, programs like SNAP allowed us to live our lives with dignity, and without them, my childhood would’ve been lesser because of it. End of story.

So, every time I hear conservatives compare food stamps to feeding wild animals, I find it personally insulting. Besides being literally dehumanizing — Which Animal Would Jesus Compare Poor People To (WAWJCPPT)? — it’s stupid. The only time that label will ever apply to me is when you say it to my face.

I say this because SNAP is back in the news again, and I’m appalled (though not surprised) by how it’s being framed. Recently, the U.S. Government Accountability Office (GAO) published a report on SNAP titled, “Enhanced Detection Tools and Reporting Could Improve Efforts to Combat Recipient Fraud” (8/21/14). In it, the GAO reports that since the Great Recession, state agencies responsible for detecting fraud have seen zero to modest growth in their budgets. When enrollments increase from 31.8 million in 2008 to 47 million in 2014 with no money to track fraud, the problem is obvious. Of course, every program is going to have some percentage that abuses it, but that’s not the problem here — that’s the assumption. The real issue is that states have shirked their responsibility to verify the information they’re given from households. It’s an administrative problem.

Yet, here’s how several online news outlets reported on it. These sites got it right:

Now here’s another framing — see if you can spot the difference:

Never mind what the report actually says. Food stamp fraud is rampant. This isn’t journalism, it’s leading with what your audience wants to hear:

Americans receiving food stamps were caught selling and bartering their benefits online for art, housing and cash, according to a new federal report that investigates fraud in the nation’s largest nutrition support program (Fox News).

If you go through and read them, the framing is obvious: those Welfare Queens are at it again. Instead of using their benefits to feed their family, they’re using it to buy drugs, alcohol, and art — typical! Dag nabit!

But far from being “rampant,” here’s what the GAO report actually said, if anyone bothered to actually read it:

[Food and Nutrition Services] estimated an improper payment or error rate of the program at 3.4 percent, which represented an estimated $2.6 billion in wrongful payments, in fiscal year 2013. The percentage represents benefits distributed in error due to administrative as well as recipient errors, not all of which can be attributed to fraud. However, due to the large dollar amount involved in improper payments, the Office of Management and Budget (OMB) has placed SNAP on its list of high-error programs. Furthermore, after studying the cause of these errors, USDA officials stated that over 90 percent were due to verification errors. These types of errors occur when an agency fails to or is unable to verify recipient information … even though verifying information exists in third-party databases … (p.5; emphasis mine).

3.4 percent? That hardly sounds rampant. Now, in fairness, though, the above text applies only to fraud. Trafficking is something else entirely, and on this subject the report offers only three heavily-qualified sentences.

GAO’s analysis found potential trafficking in 73 percent of households reviewed by focusing on SNAP households requesting cards in at least four monthly benefit periods. Benefits are allotted monthly, and a recipient selling their benefits and then requesting a new card would generally have one opportunity per month to do so. As a result, additional card requests in the same benefit period may not indicate increased risk of trafficking (p.0; emphasis mine).

It’s hard to draw any conclusions from this because it’s guaranteed that some percentage of these are false flags — cards get lost, stolen, thrown away, etc. Unfortunately, we’ll never know, though, because these agencies don’t have the funds to investigate. Everything else is just a side note. Here’s the report’s conclusion:

Although investigations can ultimately deter fraud and save agency resources, states we reviewed have faced the challenge of limited staff to manage a growing program and raised questions about whether federal incentive structures could be designed to better support their work.

That’s hardly the denunciation of the SNAP program conservatives wish it was.

How not to report the news, food stamp fraud edition