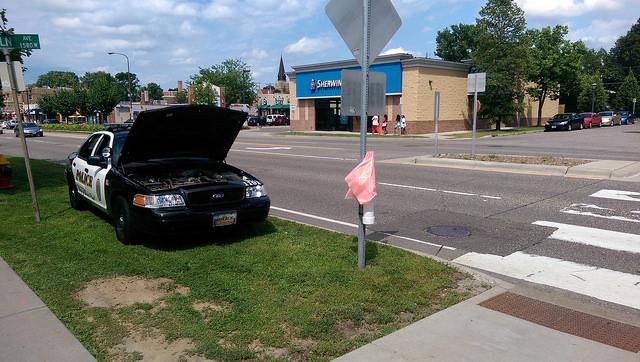 CC/Flickr/Michael Hicks
Pick up an orange flag and cross a street!

from streets.mn by Nathaniel M. Hood

After injuries and deaths on Snelling Avenue in St. Paul, pedestrians are fighting back. Members of a Macalaster College have placed flags in buckets to aid the crossing of this busy street. However, a grumpy man on a soapbox thinks that these flags are a “stupid” idea.

Unwinding the SPIN: Warning signs ahead for GOP

Even the turnout at the Republican Party of Minnesota State Convention in Rochester was below expectations and the convention never had a full delegation. This should be a warning sign for Republicans.

THE COLLECTION OF VINTAGE GAS PUMPS, signage, phone booths and more is overwhelming, mind-boggling and impressive. To say the least.