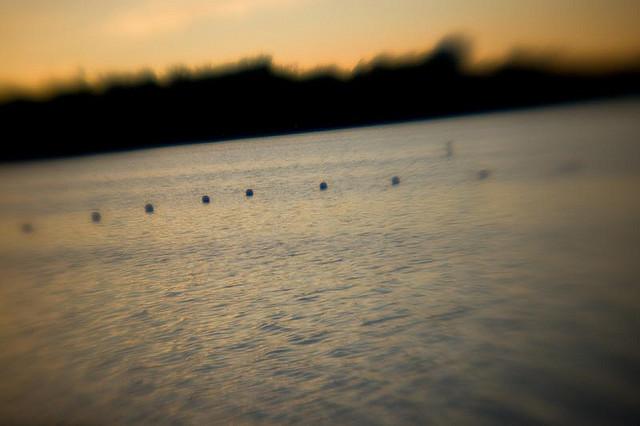 Dave Leuthe is currently a water conservation specialist with the Minnesota DNR.

Stubble: This first question is my biggest one. I’m going to make the title of this article — is it possible to waste water in Minnesota?
Dave: It depends on what you mean by waste water. Actually, we have had an abundance of water in Minnesota since the time of settlement. We’ve been working very hard through the last century and a half to get rid of water as quickly as possible. There was too much around if you came to the state in those days. You couldn’t get to where you were going or settle where you needed to because water was in the way. As a result, we designed our entire state development for the last 150 year to get rid of water.

I’ve had a long career at the DNR, and interestingly enough the Division of Waters I work in now used to be called the Division of Drainage. Our job was, and largely still is, explicitly to help people get the water away in the most efficient way.

Stubble: What first made you interested in working in water management?
Dave: It must have been genetics or something like that. When I grew up as a kid, we went camping and fishing and canoeing and boating and all that stuff. I enjoyed it and I just remember in high school talking to the guidance counselor asking for ways I could work in an outdoorsy job. The counselor said, well are there jobs but the glamorous hunting, fishing and wildlife management jobs had too many people going into them, so the job with the most possibility for me was with soil and water conservation. I graduated from high school in ‘72 high school, went to the University of Wisconsin system and have spent the last 35 or 36 years in the water management.

Stubble: If Minnesota is a land of plentiful water, then what are the biggest issues for water management in the state? Do you worry about pollution, ground nutrients, climate change?
Dave: In Minnesota it’s all of the above, but my history has been in the quantity the DNR was supposed to make sure that there’s enough for everyone, for all uses everywhere. That becomes a big challenges when we’re taking more of a system than is coming in. The state has set up extensive monitoring networks to track the flows in rivers and streams, lake and groundwater levels because sometimes the balance can be off and create problems. You’ve heard of what’s going in White Bear Lake, of course?

Stubble: I haven’t.
Dave: Really? Where did you say you were from? Anyway, White Bear Lake is a huge lake up north of St. Paul. The land area that drains into it is very small even though it’s a large lake — it’s a very clean lake too — and from 2007 to last year, White Bear Lake hit its lowest level. It just kept going down and everyone kept freaking out and all of the owners of this high-buck real estate around the area were up in arms about their lake disappearing. Looking at what’s going on, it has a relationship with the aquifer underneath the lake not getting filled enough via natural measures and becoming too depleted at the same time. There is a lot of water in the state, but we still have problems that result from a combination of a couple different, and sometimes hard to see, forces. Everyone gets worked up and animosity is created about “how come you’re not stopping this?!” but if you don’t manage things sustainability and watch what you’re doing, it can mess things up. Start with the hydrology cycle: a lot will run off, but a lot will soak in and fill the area beneath with water. Particularly in agriculture areas, take more out that what goes in and you develop problems. Urban areas around the Minneapolis and Bloomington areas are especially on a long-term downward trend.

Stubble: I remember reading something once about how the soil filters rain water before it returns to the lakes and streams, and how these big urban parking lots and metal runoff pipes are preventing that.
Dave: That’s correct, and in addition to the soil filtration, there’s also a biology component when plants and animals actually use the water and nutrients for growth and development. Intense filtration when the land is full of plants tends to clean up the water and what we’ve done in agriculture and urbanization when we run it off fast and get rid of it as soon as possible, we take the plants and animals out of the equation. Road salt and sand, or these growing cycles with corn and beans on the land for 3-4 months and bare soil with next to nothing filtering the water after that, means all of the chemicals just run into the water supply and finds its way down into the aquifers.

Stubble: Do you think there’s anything about water management the general public should know? Something about your work that if they understood better, things would work better?
Dave: Oh yeah. I think if people actually understood how hydrology works, how water flows and moves and affects their quality of life, if they understood that better they’d probably feel more motivated to do the right thing. It goes back to this concept of excess we were talking about — there’s water everywhere so we don’t need to worry about it. Just put in another well or install another drain to get rid of it as fast as possible, totally unattached to how the larger system works. Water is called the universal solvent and if we run it off as fast as possible we increase the volume and it carries all kinds of things downstream, putting in nitrates and pesticides in pipes and stuff, it’s all intercepted and delivered to the river system. We’re contaminating the long-term supply of water and it will take long-term mechanical and systemic methods that are also extremely expensive to make it clean again. Right now what you pay for when you turn on the tap is very minute, it’s really only the cost to run the pipes and the pumps and the treatment. The actual resource is effectively free until something bad happens to it.

Stubble: So I’ll end where we started — is it possible to waste water in Minnesota?
Dave: Absolutely it is. We’re wasting it all the time, but we’re not like Arizona or California where we don’t have much to start with. I did an interview with MPR and they asked me a few times, “Well is this terrible shortage something that’s in store for Minnesota?” No. We should never have to do that because we have so much to work with. If we manage the landscape better and change our philosophy, we’ve got the tiger by the tail. Good news is that for the long-term if we figure out how to do things differently there’s a lot of solutions we can build into agriculture and city management to reverse direction we’re going, which is not good. Contaminating a good supply can be worse than not having enough to begin with in some cases.

You are starting to see the change in urban areas. People are starting to pay attention and more updated water conservation messaging is coming out. Rain gardens, reconstruction of wetlands in municipalities and on corporate campuses… these are all positive developments. Once you contaminate the water, it’s expensive to clean it. It’s not how we should have to live and, again, frankly it’s a lot cheaper if you use the land and biology.

I’d like to work myself out a job but it doesn’t seem like it’s going to happen. Usually we wait until a crisis before fixing it. Most of these water use laws don’t happen until it affects you — wait til it’s bad and then write a bunch of laws.