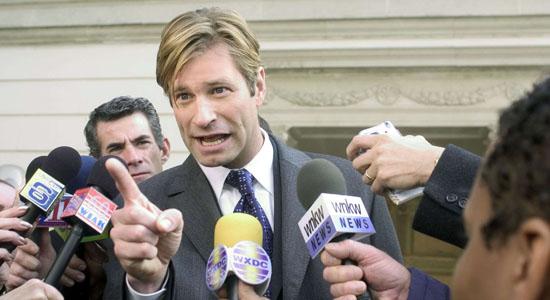 Courtesy of Fox Searchlight
For a terrifically funny example of spin, watch the 2005 movie, “Thank You For Smoking.”

The Public Relations Society of America (PRSA) has declared this September as “Ethics Awareness Month,” complete with “The New Era of Authenticity” as a theme. There’s also a Google+ Hangout on PR ethics, webinars and a #PRethics hashtag. While it saddens me that any profession places a special emphasis for just 30 days on a code of conduct, the PRSA’s declaration does offer an irresistible opportunity to focus on a single word: “Spin.”

Every once in a great while, a client will ask our Minneapolis PR agency to “spin” some topic for his or her company. It’s almost always asked innocently, like, “We just won this prestigious award for doing really good work, but we don’t know how to word the press release. Can you put your spin on it?”

No matter how benign a client’s intention might be, however, my skin practically crawls every time I hear the word “spin” if it’s not in the context of a fitness class, silk worms, a child’s top, Hanukkah dreidels, or something to do with yarn. In our profession of public relations, the word “spin” connotes deception, obfuscation, misdirection and other smoke and mirrors tactics to hide the truth. For a terrifically funny example of spin, watch the 2005 movie, “Thank You For Smoking.”

Deservedly, the active use of spin has given the PR industry a black eye. Dating as far back as the “public be damned era” of the late-1880s, when ethics-free railroad, banking and oil industry empire builders bought Federal and state legislation to further their stockholders’ profits, publicists would massage the truth to hide the misdeeds of some of their clients.

The trend continued well into our own times, when, in 1991, a Hill & Knowlton agency executive notoriously reminded staff that, “We’d represent Satan if he paid.” And just last week it was announced that former Baltimore Ravens star Ray Rice hired a PR agency to “fix” his damaged reputation.

During countless incidents of corporate malfeasance — from the tobacco industry’s attempts to hide the danger of its smoking products, the auto manufacturers’ efforts to camouflage defective mechanisms that led to mass recalls, pharmaceutical companies’ reactions to off-label use and side effects, and corporate polluters’ hopes that citizens would simply dismiss spills, leaks and toxic dumps — PR agencies have figured prominently in spinning unspinnable facts. Someone violated business ethics and did not want the public to fully understand what happened.

Even in my own 20+ years experience in PR, an executive I once worked with demanded that my job was “to make him look good.” Considering how he mistreated his direct reports, disrespected and intimidated constituents of the organization, blasted the local news media, and valued bulldozing as his favorite leadership style, I responded, “Then give me something to work with!”

Surprisingly, he didn’t fire me. But he didn’t comply with my request, either. I wound up ending my relationship with the organization shortly afterward.

Will it ever be possible to eliminate spin from our industry? My answer is a qualified “yes.”

The good news is that the vast majority of PR people I know would have responded to the incident above in a similar fashion. They don’t lie. In fact, they do everything within their power to tell a client’s story factually and advise clients to always tell the truth, no matter how difficult it may be.

What’s even better is that the proliferation of YouTube, Facebook and other social media channels is forcing corporations, business executives and public figures into greater degrees of transparency, making getting away with spin harder than ever before. While this information democracy era is still in its infancy, its promise of open, honest and ethical marketing and communication is encouraging.

But humans, being who we are, will still let hubris rule at times. Until our species evolves into a science fiction-like creature of altruism and grace, we’ll need tools like the PRSA’s “Ethics Month” to inform and educate PR practitioners of the important role they play in upholding the public trust — and in encouraging their clients to act with honor and honesty, as their best selves.