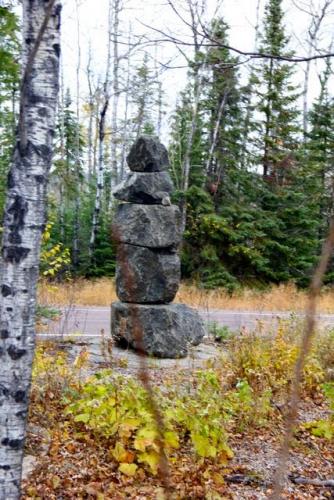 I bet if you try, you can remember when you were learning the fundamentals of writing a compare and contrast essay. Today, we’re going to try something similar, but include a few shortcuts in the form of hyperlinks. The topic is “Which Kind of Future for Minnesota’s Iron Range Is Most likely To Lead to Sustainable Employment?” Example number one is a recent story about the turmoil in the Cliffs Natural Resources Board:

“Cliffs has taken measures to reduce our cost structure, reduce our operational footprint and consolidate where it makes sense,” spokeswoman Patricia Persico said in a statement.

Example number two describes the setbacks in financing a taconite processing plant that may create 350 jobs at some future time. It’s unclear when and if the final(?) part of the financing package will be put together.

Struggling Essar Steel Minnesota has failed to secure the equity financing needed to save a critical bond deal to complete construction of a $1.8 billion taconite plant in Nashwauk, Minn.

Now, local officials worry that the project and 350 future jobs are up in the air.

Example number three comes from South Dakota via an Iron Ranger. Somehow Aaron Brown was allowed to take a vacation away from The Range. He has a fascinating report on the economic development progress being experienced in Mitchell, SD, home of the Corn Palace. At first I thought my computer had led me astray and I was reading The Onion. Here’s why: about Mitchell, Mr. Brown writes that:

this city has quietly reinvented itself as an economic center for technology, marketing and manufacturing. The nation’s leading supplier of rural telecommunication services developed itself right here, and billboards for miles around tout new high-paying jobs in Mitchell.

So, we can compare 350 jobs on hold due to problems financing a taconite plant, plus turmoil on the board of a long established Iron Range stakeholder that is now focused on cost cutting, plus a promise of maybe 360 “high-paying” jobs, offset by hundreds of years of environmental risk —  if Minnesota permits copper-nickel mining to proceed with the PolyMet project — and contrast that  with 500 high-paying jobs that weren’t there a decade ago in MItchell, SD, that don’t threaten the local environment and that depend, to some extent, on the quality of life in Mitchell, SD, which has corn but, to my knowledge, no mines.

If you were to look at the Iron Range as if it were a startup company and you were an angel investor considering your options, which strategy would you support, mining or high tech? Here’s that Blandin on Broadband info, in case it helps. Remember, we need to choose what we want. We can’t have it all.

Which kind of future for Minnesota’s Iron Range is most likely to lead to sustainable employment?