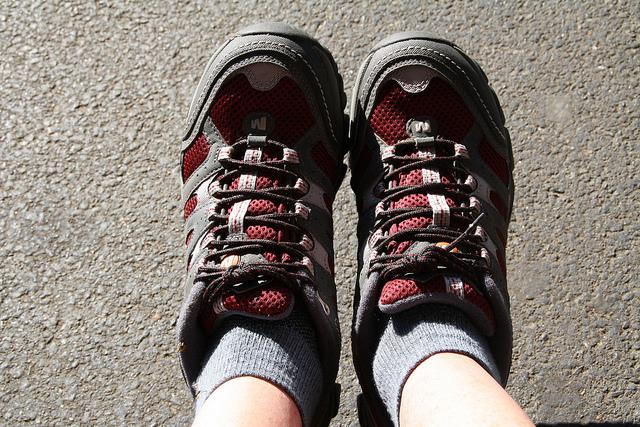 Minneapolis is among the 10 safest cities for pedestrians in the country, the local newspaper announced this week. Seattle was the most safe, Detroit the least among the 25 large urban areas studied.

That’s comforting news, given that I do a lot of walking in Minneapolis and its twin city, St. Paul, where I live and work. But the news report ignored the more relevant sociology of class, race and age.

Buried in a recent U.S. Census Bureau analysis of the characteristics of people who walk or bike to work is a statistic that speaks to the subtle mind shifts that happen in middle age.

Although walking to work is most common — no surprise — among young adults with relatively low incomes, it creeps up again among people 55 and older. People like the violin maker who lives across the street from my house and walks more than a mile to work in all weather, or like his wife, a college bookstore manager who commutes a similar distance by foot or bicycle.

People like me, who a year ago traded a 40-mile commute for a walkable distance to work of 1.2 miles. Now, instead of nonstop meetings by iPhone in unpredictable weather and crawling traffic, my commute entails reading sidewalk poetry, admiring the art of urban landscaping and simply getting lost in my own thoughts.

Why walk? Why bother?

A higher percentage of people walk to work in Minneapolis (and, by extension, St. Paul) than in other cold Midwestern cities like Chicago and Milwaukee, according to the Census data. Across all 50 metro areas studied, an eco-friendly commuting method — walk, bike, bus, train — is most prevalent among people who live and work in the same city.

But the uptick in “older worker” walking interests me most — because my experience correlates exactly with the statistics. Walking has become, for me, a social statement, a political action. I walk to work because our neighborhood streets are choked with cars. I walk because I polluted the air for years so I could enjoy both the city career and the small-town family.

I walk because the United States has become a fat and sedentary nation, with obesity rates more than double what they were in 1970 and an average of 2.28 vehicles per household. “We don’t have a parking problem” in St. Paul, a City Council legislative aide told me recently. “We have a walking problem.”

And so, while it would be easy for me to talk about the more balanced perspective that middle age brings — along with the resulting confidence to slow life’s pace, to find my path — in truth I’m not sure that’s why I’m walking more. I walk because “excess” has become the U.S. brand, a hedonism we export to further justify our self-centered shopping and consumption.

I walk because I’m a child of Depression-era parents who raised my siblings and me without air-conditioning, with one TV and with the discipline to turn off lights even back when electricity was “penny cheap.”

I walk because I’m a sucker for the starfish story, and walking to work is one thing I can do, one small difference I can make, for a planet that grows more damaged by the day.

It’s not easy being green

Living an eco-life is more palatable and possible in a granola-eating, rainbow-flag–waving neighborhood with bus lines close by and a grocery store, Thai restaurant and charming retro movie theater within easy walking distance.

Still, walking to work has its challenges, especially for middle-aged women. Discomfort and inconvenience top the list:

Most important: I have a tolerant manager who has no problem with me working from home sometimes or varying my schedule. And that’s what a walk-to-work movement will require — flexibility from employers who recognize that healthy, balanced people are more calm, productive employees.

The sidewalk poetry three blocks from my house says it best: I don’t know enough about balance to tell you how to do it. / I think, though, it’s in the trying and the letting go / that the scales measuring right and wrong — quiver and stand still.

Lesson learned: “Walking the talk” is a literal action. By living my values, I may inspire someone else to do the same.