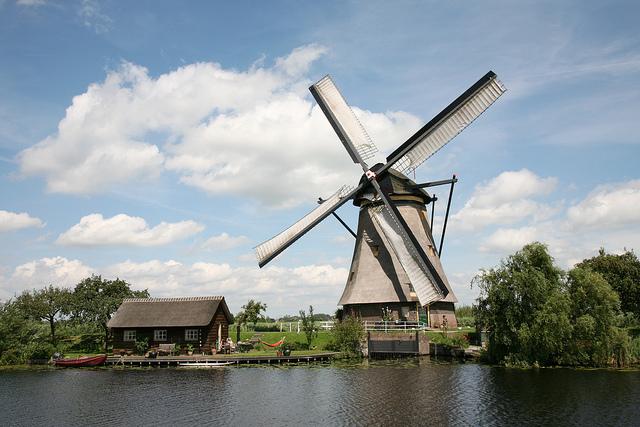 CC/Flickr/bertknot
The Dutch system is based on a truly radical (at least here in the U.S.) concept: each generation should pay for its own costs and those costs should be measured responsibly and accurately.

According to a recent story in The New York Times about 90% of Dutch workers earn defined benefit (DB) pensions at their jobs. More impressively, these plans are in excellent health. Even in the depths of the Great Recession, Dutch DB plans were still 90% funded. Given market returns since then, it’s hard to believe these plans aren’t in anything but fantastic shape.

With that kind of defined benefit plan access and performance, you might expect DB plan supporters here to trumpet the Dutch experience as proof that high quality DB plans can be sustainable and thrive. The fact that nobody says a word about the Netherlands experience might seem rather curious.

The Dutch system is based on a truly radical (at least here in the U.S.) concept: each generation should pay for its own costs and those costs should be measured responsibly and accurately. Simply put, the Dutch have mustered the intellectual honesty to recognize two things: 1) although these plans offer excellent retirement security, they are also very expensive; and 2) it doesn’t do anybody any good – pensioners, current employees, governments, or taxpayers – to engage in an elaborate game of pretending they are not expensive.

To demonstrate how seriously they take these ideas, compare these key features of the Dutch Plan as reported by the Times with Minnesota’s own public sector defined benefit plans.

That last element may be the most critical. The Dutch realized a long time ago the dangers and follies of using return rates that embody considerable investment risk to discount the cost of future pension payments. The Times story hints that once upon a time, a similar debate took place in the Netherlands on this crucial issue. But to quote a Dutch pension expert in the story, “All economists now agree – the expected return approach is a huge economic offense hurting younger generations. Basing the cost of benefits today on possible investment gains tomorrow is the same as robbing tomorrow’s workers to pay for today’s excesses.”

It would be nice to think that elected officials would search for lessons on how to construct fiscally responsible and secure DB plans. But if the campaign literature filling mailboxes and clogging inboxes today are any indication, we are doubling down on “defending” existing pension plans using the same tired and bogus talking points designed to encourage all stakeholders to bury their heads even deeper in the sand.

According to a Dutch pension specialist quoted in the Times article, “the rest of the world just sort of laughs at the United States — how can a great country like the United States get so many things so wrong? There is spectacular irony here. In a nation renowned for its highly liberal drug laws, it’s the Dutch who wonder what in the world we are smoking.

On pensions, the U.S. should go Dutch