A faucet opened behind my eyes the day the neurologist told my sister and me that our mother had Alzheimer’s. I stared at him dumbly and just cried.

It wasn’t grief I was feeling — that would come later — but utter disbelief, and a childlike denial that any of this could be happening to her. To me. Despite my growing irritation with my mother’s neediness and forgetfulness, I couldn’t grasp that she would ever cease to be the generous, self-centered, loving, demanding, cunning, creative woman I had known.

Until she did. Nearly three years later, this is our story. 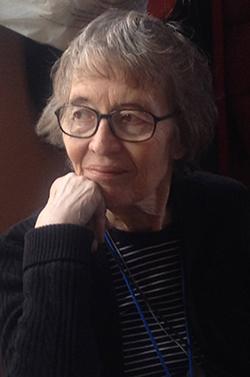 I visit my mother twice a week at her senior apartment, 3.1 miles from my house. (“It’s a 5K,” I like to tell her, even though she never asks me what that means.) I check her fridge for spoiled food. I drop her garbage down the chute. I vacuum the tiny white bits off the rug from the toilet paper she stuffs in her underpants to mask incontinence, a sign of middle-stage Alzheimer’s. I remind her to eat. I make her drink water.

The diagnosis came in February 2012. For some months afterward, Mom still did her own laundry and bought her own groceries. We went to our favorite coffee shop every Saturday morning, and then I’d leave her there (leave her!) to finish her muffin and visit the library across the street while I went off to my weekly women’s group.

More recently, as Mom has lost the ability to navigate her surroundings, I’ve picked her up every weekend and taken her wherever I need to go — to the bank, the hairdresser, the pharmacy, the dog park — on the assumption that the stimulation will be good for her.

What I haven’t done is be her daughter.

Only once since the diagnosis have I simply sat with my mother: watching TV together, eating cookies, applying lotion to the cracked soles of her feet. Never have I asked in anything more than perfunctory tones how she is doing or whether she understands that she has Alzheimer’s.

Even more out of character for me — a professional communicator, a former journalist — is that I no longer can engage her in conversation. Our once wide-ranging talks have narrowed to the same rote questions about her checkbook, her next meal and whether Hillary Rodham Clinton will run for president. (I occasionally remind her that she supported Obama over Hillary — and over my objections — back in 2008.)

“Don’t just be her caregiver. Be her daughter,” the manager of the senior housing complex told me shortly after Mom moved in. That requires a measure of patience and compassion I can’t access with any consistency.

Performing tasks, keeping her life organized, arranging for the health aide who now washes Mom’s hair and doles out her daily pills feeds my workaholic nature. It also keeps me from — dare I say it? — leaning in and having to face the hard truths of her decline. “Can you be in denial if you know you’re in denial?” I ask my friends, feigning an amusement I don’t feel.

If I stay within my comfort zone of competence, I can hold on to the belief that Mom will never slide into Alzheimer’s final stage — when she’s immobile, uncommunicative and unaware of who I am. The daughter who was her favorite, her baby girl.

‘Are you my mother?’ 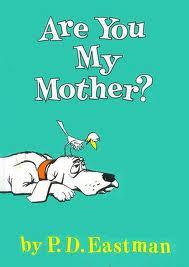 My mother was diagnosed with Alzheimer’s — the most common type of dementia — six weeks before her 86th birthday. Half of seniors over age 85 experience some form of dementia, a statistic that had me question whether the specialists at the University of Minnesota Memory Care Clinic weren’t just “medicalizing old age.”

That isn’t proving to be true. When my three siblings visit from their respective homes in San Francisco, Denver and Boston, they’re aghast at the changes they see in Mom: her growing confusion, her fixations, her toddler-like refusal to eat, which strikes me as her last-gasp effort at control.

Mom used to knit complex cabled sweaters. She took pride in following the news. She liked to read and walk, to see movies and plays, to travel and watch cop shows on TV. A pretty woman whose features were divvied up among her daughters, she liked to shop at Dayton’s and dress in style.

Our annual trips to New York during my early adolescence were lessons in both fashion and fine art. Thanks to her, I saw Katharine Hepburn, Ben Vereen, Lauren Bacall and James Stewart on Broadway. I heard Carmen at the Met. I took dance lessons at Luigi’s Jazz Centre and bought an outfit at Saks Fifth Avenue.

Today, I have to remind Mom to change her clothes. “It’s like you’re the mother now,” she says cheerfully when I instruct her to wear a long-sleeved shirt in November. A chronic complainer who nursed her grudges like a dry martini, Mom has mellowed as her brain has lost its “stickiness,” to quote the terse neurologist.

After tests betrayed the early-stage Alzheimer’s our mother had been hiding, the doctor told my sister Penny and me that we would feel the symptoms of the disease. “Your mother will be fine. She thinks she’s fine,” he said. “You’re the ones who will have trouble.”

Penny still can quote the word-association game the neurologist used to diagnose our mother:

He’d ask Mom to repeat the words every five minutes after he had distracted her with other conversation. It was a quiz, a trap, and we had to watch as she got snared. The clinic was by a river. She was at the appointment with her daughters. She was sitting at a table. “I’ll never forget those words,” my sister says.

‘And acceptance is the answer’

It’s taken months for me to work up the nerve to write this essay, to see the underside of my moodiness and distance — a grownup child’s unwillingness to let go of her mom.

Even at a stage when she still recognizes me and remembers the basic outline of my life — that I have a husband and two grown sons and a profession — my mother has lost her innate maternal ability to comfort, to serve as refuge.

My mother cannot mother me. She is a noun now, not a verb. And when I allow myself to open the door that her diagnosis cracked and peer down the dark hallway — to wrestle with the fear and the denial, the anger and the injustice — then I recognize the emotions as the grief they truly are.

I miss my mother, and she’s never coming back.

Alzheimer’s: A daughter’s journey toward acceptance