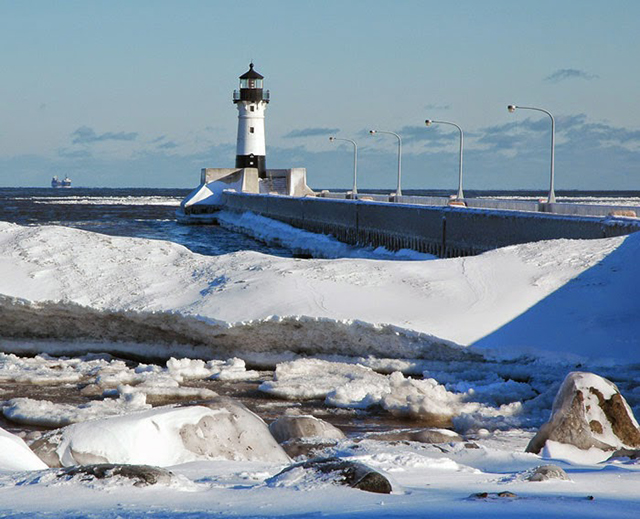 On Wednesday evening people gathered at the Walker Art Center to discuss rebranding Minnesota as “the North” rather than merely a western appendage of the Midwest. I didn’t go myself. The set-up seemed a little imprecise.

In the first place, Minnesota has long been associated, not with the Midwest but the Upper Midwest. For as long as anyone can remember, the sign on the Schmidt Brewery in St. Paul’s West End has been blinking the slogan The Brew that Grew with the Great Northwest. Northwest Airlines. Great Northern Railroad. Norwest Bank. And so on.

On the same day that the conference took place, Minnesotans concerned about their perceived identity received a shock when the New York Times chose, as a Thanksgiving recipe to represent Minnesota, a grape salad?! The comments section was strewn with remarks by outraged Minnesotans, including eminent local food writers such as Anne Gillespie Lewis and Lee Svitak Dean, the gist of which was—“I’ve lived and cooked here all my life and I’ve never heard of that dish!” 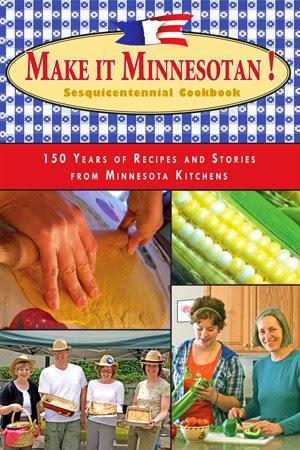 I’m a lifelong Minnesotan myself, and my mom was born and raised on the Range, but I can’t remember ever being served a grape salad. I consulted several cookbooks lying close at hand by the likes of Beth Dooley, Beatrice Ojakangas, and Lucia Watson, as well as Minnesota’s official state sesquicentennial cookbook, Make It Minnesotan, and a thick volume of Minnesota ethnic cuisine edited by Anne Kaplan (and others) for the Minnesota Historical Society back in 1986, but could find no reference to that dish.

The Times added a few exculpatory remarks to its Facebook version of the piece later in the day, which the Star Tribune reported on.

Wisconsinites weren’t too happy with the wild rice dish they were represented by, either. Everyone west of Manhattan knows that Minnesota is the wild rice state. And this brings us back to the whole Midwest connection.

Eric Dayton, scion of a family that needs no introduction, at least to Minnesotans, was one of the individuals behind the discussion at the Walker. “The United States doesn’t have a North,” the Star Tribune reports him as saying. He was struck, while touring Scandinavia, by how proud these nations were of their northern heritage. “Why doesn’t America have a North?” he asks.

I’ll tell you why. In the first place, America has a South. That’s the region that lost the Civil War. Everything north of that is “north.”

It would appear that countries with a well-defined north and south — Sweden, Norway, Italy — tend to be long, thin, and more-or-less vertical on a standard map. The U.S. is not like that.

Then we have the problem of Canada. Minnesota may be the wild rice state, but seven eighths of the wild rice harvested naturally in North America comes from Canada.

Similarly, Minnesota is justly proud of the pristine lakes and spruce-pine forests that spread across the state just south of its border with North Ontario. But that same landscape continues for hundreds of miles in several directions as you continue north.

Another organizer of the conference, Andrew Blauvelt, a senior curator of architecture and design at the Walker, suggested that people should start thinking less about states and more about regions. He’s referring to multi-state regions more specific than the Midwest, but it would be an even better idea to consider Minnesota itself a land of distinct regions. Minnesota isn’t really the North, but it has an “Up North.”

I wonder if Mr. Blauvelt has ever attended the eelpout festival held every year on the ice of Leech Lake, or the ice house parade in Aitkin? Or the Stamen held in Nisswa’s Pioneer Park every June, which features musicians flown in from Sweden, Norway, and Finland?

(Incidentally, You can read about Minnesota’s diverse regions and the things going on there in my book, The Seven States of Minnesota. I’m offering an Olli class on the subject, complete with slides, in January.)

One thing is for sure: Minnesota’s association with the Midwest isn’t worth much. I noticed that at a trade show for independent booksellers I attended recently. In recent years two groups, the Midwest Independent Bookseller’s Association and the Great Lakes Independent Bookseller’s Association, agreed to host their trade shows jointly, under the rubric of the Heartland Fall Forum. The logic was more economic than geographical, no doubt. More booksellers could view more books put out by regional presses, while publishers from either coast could send a rep and a table full of enticing new books to one trade show in the Midwest, rather than two. 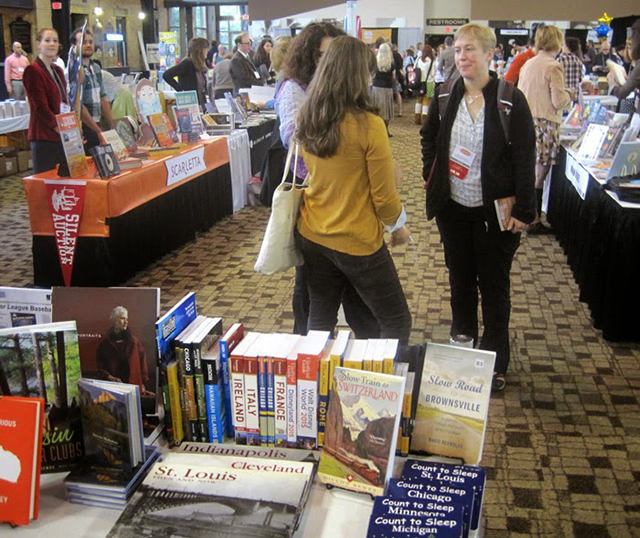 The event reinforced my impression that we in Minnesota lie at the heart of the Upper Midwest, and would gladly abandon the “rust belt” states — Ohio, Michigan, Indiana, Illinois — to Chicago, Detroit, Cleveland, and other eastern urban centers. Our woodsy purview may extend to Michigan’s Upper Peninsula, and our prairie pedigree gropes westward past the Dakotas to Devil’s Tower at least.

We’d like to include Wisconsin as a near relation in pine woods and liberal politics, though most Minnesotans are more familiar with Eau Claire, Hayward, and Bayfield than Madison or Milwaukee, and may be shocked to discover that Green Bay actually lies south of the Twin Cities.

Many of the convention attendees were from Michigan and Indiana. I found it hard to imagine them taking an interest in Seventy-Five Years of the Minneapolis Aquatennial or Minnesota Twins History through Memorabilia.

I’m not saying that the joint convention is a bad idea. More bodies means more conviviality, and the large proportion of the books on display were addressed to a general audience. You don’t have to be from Wisconsin, for example, to take an interest in Frank Lloyd Wright.

But the experience also highlighted the fact that the Midwest encompasses a multitude of attitudes and atmospheres, while meaning very little itself. I’d happily include Minnesota as part of the Upper Midwest, and then penetrate more deeply still to notions of Up North, the Range, and the Arrowhead as “branding” monikers, before continuing north along the Red River Valley to Winnipeg or northeast across the vast taiga of Canadian Shield to Hudson’s Bay.

But for the time being, let me suggest a Thanksgiving recipe I call Beltrami Salad, in honor of the Italian count who failed to locate the headwaters of the Mississippi in 1823—but got close. The dish incorporates our Native American heritage (wild rice), our immigrant population (orzo), and our urban sophistication (that’s the tarragon) into a single tasty dish:

In a medium saucepan, bring 3 cups of water to a boil. Add the wild rice and ½ teaspoon of salt and simmer, covered, until the rice is tender and the grains begin to pop open, about 45 minutes to an hour. Drain well and set aside.

Meanwhile, bring 4 cups of water to a boil in another pot. Add the orzo and boil until the orzo just begins to become tender, 7 to 10 minutes. Drain and cool under cold water. Set aside.

When ready to serve, melt the butter in a large saute pan set over medium heat. Add shallots and cook, stirring, for 2 minutes. Add the wild rice and orzo and cook, stirring, until heated through. Add the tarragon and parsley, season with salt and pepper to taste and cook for an additional minute.

Serve immediately, or at room temperature.

This post was written by John Toren and originally published on Macaroni.

Where is the North? Rebranding Minnesota