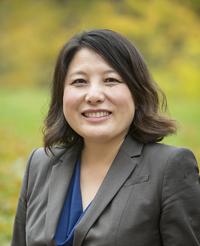 Though we are creative and thoughtful as human beings, our lived experiences are limited. Many studies show that our social connections influence who we become, what we think of ourselves, and how we perceive others. New and emerging brain science demonstrates that babies’ brains need social interaction in order for healthy development to occur. These patterns reinforce the architecture and physiology of the brain. Even as adults, we see that patterns of social interaction influence us to act in certain ways. Powerful images registered in our subconscious related to negative portrayals of people of color over time can impact our split-second judgment of a person before we get to know them.

The protests and devastation in the aftermath of Ferguson inform all of us, regardless of our race, of the difficulties we have as a nation to overcome racism. The conversation I had to have with my son this past week illustrates the repair and reality that we face as a nation around race. I counseled my 16–year-old son to not stereotype people of different races based on the decision made by the grand jury in Ferguson. Love over fear. Trust over hasty judgment. And, choose reform and peaceful protest, not violence. People often assume that because I am Hmong and my skin color identifies me as Asian, I have no white family members. But that is not true. I have the pleasure of being someone who lives in a multi-racial and multi-lingual family.

I am always shocked by how many people who are white don’t believe me when I tell them I have been the target of overt and subtle forms of racism. How could this possibly be true as the President of the Wilder Foundation? When I am not at work, I am just a short Asian woman running around with four children. I’ve been mistaken as being uneducated and as being a shoplifter, among other things.

Michael Brown is dead. And the resulting impact is another racial scar. Healing and hope cannot happen without examining ourselves deeply, especially in our agencies and institutions, about whether we are willing to disrupt our personal peace to socialize and get to know people from vastly different cultural, racial, and socio-economic backgrounds.

It is too simple to say that personal social connections will be enough to eliminate racial bias and increase social justice, but it is far easier to reserve judgment of a person once you know them.

We have all created and perpetuated the systems that exist today, and we can all work to change them. But first we must believe in each other and ourselves to disrupt the socialization forces that separate us. I have hopes that we will rise above what my sober eyes have seen these past weeks. I invite everyone to get to know someone who makes them slightly uncomfortable because their social condition is different from their own during this season of gratitude and giving thanks.

MayKao Hang is President and CEO of the Amherst H. Wilder Foundation.