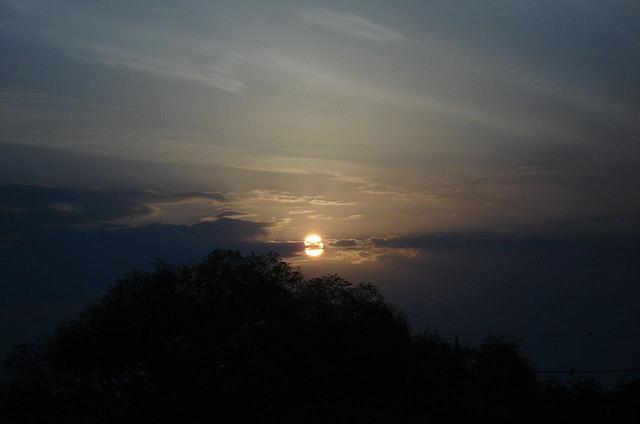 The day after Thanksgiving, my son and I talked about God and gratitude, religion and reason, faith and Ricky Gervais.

I knew the British comedian as the originator of The Office. Turns out he’s also a “pathological atheist,” according to former CNN talk-show host Piers Morgan, and a surprisingly articulate authority on the wisdom of living in the here and now.

“I get frustrated when people say that atheists live a less fulfilling life because they lack spirituality and they believe nothing comes after we die,” said my son, 19, a college sophomore and recently declared religious studies major.

“Ricky Gervais made the point — and somewhat facetiously, because he’s a comedian — that atheists have more to live for because they’re not spending their lives anticipating what comes afterward. So they want to make the most of what they have.”

And so commenced a conversation that held more meaning for me than the facile reminders of “gratitude” that every listserv and website I subscribe to threw at me in the days before Thanksgiving.

I regret that my husband and I didn’t raise our children with a stronger religious faith. They don’t know the Lord’s Prayer or a Thanksgiving grace or the traditional Christmas hymns, and I feel the loss of that during these frenetic five weeks we have come to call “the holidays.”

Baptized a Methodist (my childhood religion) and raised in a Unitarian Universalist fellowship during his elementary school years, Nate at 19 is now an atheist. He questions why I would pine for some shared, sentimental religious feeling that our family hasn’t earned.

“An atheist’s approach to the holidays isn’t that different from the average Christian’s approach,” he says. “Christians will just say grace before the meal. I think Christmas has been secularized in the majority of the United States. There are plenty of casual Christians and families that aren’t religious who celebrate Christmas for the sake of giving gifts and having a meal.”

Studies support his claim. According to the Pew Research “Religion and Public Life” project, 90 percent of Americans celebrate Christmas, but only half view it as “mostly” a religious holiday, and fully a third say it’s cultural — a chance to gather with friends and family.

My own family celebrated Thanksgiving this year at the home of non-religious friends. No one offered to lead a prayer before the meal, so I raised a toast to the cooks who had prepared two entrées, three desserts, four appetizers and more.

During our talk the next day I asked my son whether he prays, in any form.

“No, not prayer,” he said. “Because prayer implies something religious, and I’m not religious. It doesn’t mean I don’t hope for things. I hope that I’ll do well on my finals, but I’m certainly not going to pray to God to let me get an A.”

What about offering thanks to whomever or whatever may be guiding our lives?

“For the most part, I think gratitude is expressed in small moments on a day-to-day basis. You make me a sandwich and I say, ‘Thanks, Mom. That was nice of you to do.’ There are bigger things, like being grateful for the people in your life who are a constant, who are there through thick-and-thin.”

And whom you can love and honor, he contends, without attaching those feelings to religious faith. “I’m grateful for things that are tangible, as opposed to thanking God when there’s no apparent intervention on God’s part.”

When I tell my son that I am “saddened” by his atheism, or find it to be a cynical choice at his age, he points out that this is a considered decision — not a failing or a whim — and that believers have no corner on moral virtue.

“If I was being very cynical,” he counters, “I’d say a lot of people weren’t fully educated in matters of religion. I think a lot of people just grew up in a church: ‘Well, it’s how I was raised, it’s what I’m going to stick with.’ ”

Schooled in the importance of what he calls religious literacy, Nate would choose Buddhism if he had to follow a particular practice. “But that’s true of many non-religious people,” he says. “Buddhism involves coming to terms with yourself and your surroundings, and involves less of the dogma that comes with other religions.”

However reasoned his choice, my son will have an uphill climb to convince anyone other than his mother that atheism makes sense. Americans overall regard atheists only slightly more warmly than they do Muslims and seven points below Mormons, according to a July 2014 study by Pew Research.

Asked what frustrates him most about people’s misconceptions of atheists, Nate said it’s “the idea that every atheist hates religion and is against religion.” In fact, he says, knowledge of the world’s religions helps him understand other cultures and history’s course.

“Even though I’m not religious, I think it’s important that I understand how and why other people are religious. By being religiously literate, people can better understand what’s going on in the Middle East, why 9/11 happened — almost all that happens in the world.”

He challenges whether I, as an unchurched believer, am willing to learn more about what atheists do believe. I begin with Ricky Gervais’ distinction between spirituality and religion: “One is a very personal feeling, a journey, a hope, a need, a joy,” the comedian said on CNN last year, “and the other is an organized body that uses that for power and corruption, in many cases.”

What an atheist is teaching me about the nature of faith