It seems there is a pork shortage at Chipotle. Or at least that is what was announced today. According to Chipotle, one of their pork suppliers has violated their housing agreement for pigs. The company demands that its suppliers raise pigs in “humane conditions with access to the outdoors, rather than in cramped pens.” So, because the supplier violated the pig housing agreement, Chipotle will not purchase their pork, which is resulting in a pork shortage in over 1700 locations in the U.S. Here is a picture of a pig pen in our barn.  Do you think they look cramped? And as you read on, you find out there is NO pork shortage. 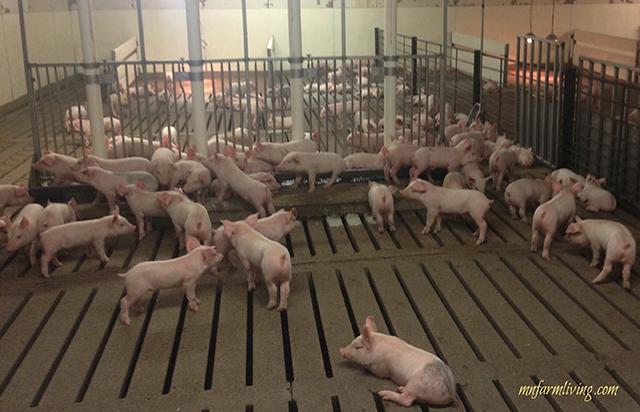 In the past, Chipotle customers may have noticed signs stating when certain meats don’t meet the company’s “responsibly raised” standards, a substitution will take place. What is the substitution? Conventionally raised animals. But this time there will be no substitution for the pork.

Now it’s no secret that Chipotle is no friend to America’s farmers. They have repeatedly thrown farmers under the bus. How? Because we actually take better care of our animals. Housing animals outside does not equate to better pork. Genetics, nutrition, health care and management do. The winter weather is downright cruel to pigs. And how do we know that? Because we have been there – years ago, our pigs were housed outside. And it’s bad. Frozen waterers, frostbitten ears, broken legs (from slipping on ice and snow) on pigs, and sick pigs from pneumonia are just a few of the difficulties we encountered housing our pigs outdoors.

Why doesn’t Chipotle want pigs housed indoors? One reason I believe is our culture’s view of farming is nostalgic. People either remember or have seen pictures of the good ole’ days. They know most consumers are removed 3-4 generations from the farm. And Chipotle is capitalizing on that disconnect. Chipotle believes it’s customers think animals are better off living outdoors. All they can imagine are those absolutely gorgeous, sun shining, 70-degree days with a warm breeze to the face, sitting under a shade tree. It just doesn’t get better than that, right?

But it’s not the reality. In Minnesota, our winters can be outright brutal and terrible. No animal or human should be outside during many days in the winter. So, can anyone tell me where the logic of how that is “better?” Is outdoor housing better for the pigs or just better for someone’s ideological views?

Another reason is many consumers believe that farm animals are raised in factory farms. Well here is my explanation to that statement.

But it’s their brand. Chipotle.

It’s all about marketing and making themselves look better by trying to show they are superior than their competition by using fear marketing. But it’s also about choice. That’s why I will never eat at Chipotle. I will eat at establishments that respect hard-working and respectable farmers. I will not get caught up in the “fluff” of marketing.

And while I am somewhat saddened to see that Chipotle is not serving pork right now, I know there are many, many other Mexican restaurants that would love your business. Or wait a few months and you can grill your own. And there is nothing better than a grilled pork chop!  And you want to know a secret? These pork chops came from animals that were housed indoors. And it is some of the best pork around. In fact, we can’t grill it fast enough to keep up with customer demand! 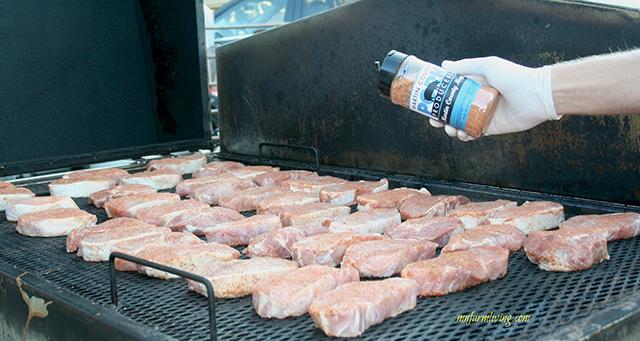 Chipotle: There is no pork shortage