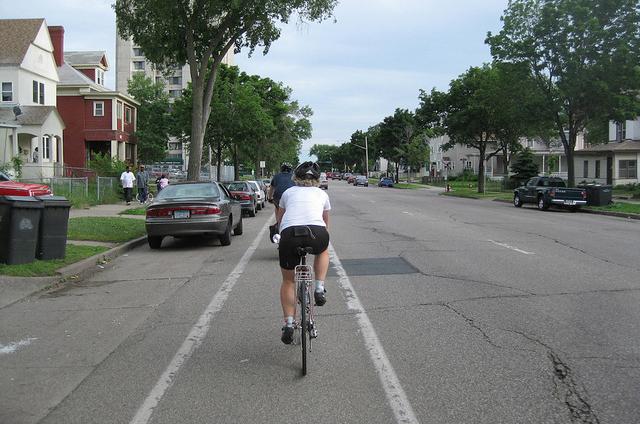 Last week fellow streets.mn writer David Levinson made the case for a Bicycle Trust Fund based on a registration fee, sales tax, or some other means. There was some good discussion in the comment section, and I don’t necessarily disagree with the premise that users should pay for infrastructure. I fully support drivers paying for not only the full share of their direct infrastructure costs, but also mitigate congestion through tolling, better parking pricing, and the host of external costs not paid by drivers (ex. pollution). Similarly, I don’t advocate for free transit (though it’s a complicated discussion, as David has also written).

But in the case local streets, I disagree that a trust fund for bike infrastructure would be very productive. I’ll try to convince you why!

You’ve probably seen similar posts in the past on urban- or bike-centered blogs and advocacy sites. I’m even cool enough to save you a Google search (or Bing, I won’t judge). They go something like this:

These are all great points, and I want to unpack some Twin Cities-specific data to support the argument. But the last one is an important premise – riding a bike is more like walking than driving (or even using transit).

I barely remember learning to ride my bike. I certainly don’t remember learning to ride a tricycle. I was 15 when I was first legally allowed to drive (under parental supervision), and 16 for solo drives. Other countries require even more age & wisdom. It’s possible for kids as young as 6 to safely navigate through a city by bike to school in the Netherlands.  Along with the very low cost of entry ($60 gets you a preeeetty sweet ride), this makes me lump biking in the “basic mode of transportation” camp rather than something more complex andexpensive.

(It’s why I snarkily responded in the super-secret email chain that we don’t charge a sidewalk fee on shoes; why should we charge for bicycling?)

Who pays for our city streets?

Great. Let’s be more specific. You may recall that our streets in Minneapolis fall underfunctional classifications and may be owned or designated as a state aid street or highway. But how does the share shake out? Just about 60% of all the pavement in Minneapolis (not counting alleys) is owned, operated, and maintained by the city. Another 30% or so are CSAH and MSAS routes, of which only part of the expenses (fixing potholes, plowing, operating street lights, etc) comes from user fees. Hennepin County gets money for its state aid highways from the Highway Trust Fund, as does Minneapolis for municipal state aid streets.

Based on county & city budgets we know the total spend from both Public Works departments (not including parking) is around $69 million in 2014 for roads within Minneapolis. Those very same budget documents detail state aid amounts. Since MnDOT took in less in user fees than it spent (by about 8%), we know that the state contributed about $7.5 million to Minneapolis street spend. Finally, we can guesstimate Minneapolis’ resident contribution to the county’s wheelage tax: roughly 210,000 vehicles in the city at $10 per year is about $2.1 million. In total, users pay for $9.6 million, or only 14% of total transportation spending. This ignores the lost tax base from highways and freeways alone, which I estimated at $43 million for Minneapolis.

Pay attention the next time you drive around on a city street. What percent of the space between buildings is used for moving and parking cars? Is it more than 14%? Probably. That gap, the 86% difference, is basically all general fund. Minneapolis can, and should, use it to allocate spending and public right of way as they see fit to best serve its residents and businesses.

A very common counterargument is to point out how much less damage bikes do to road surface due to their weight, and damage scales exponentially with weight. That’s nice, but road costs to handle additional weight don’t scale exponentially. But that doesn’t mean a bike lane doesn’t still cost far less than a lane for cars:

Source: VPTI
One data point, there are many.

The city could turn lanes into cycle paths, move the same (or more!) number of people per hour, and actually save money doing it. It’s perplexing to ask a group of people who could lower the cost of government to pay for their infrastructure when the more expensive users are only covering 14% of the transportation budget through user fees. We know there’s a good chunk of Minneapolitans living within biking distance of their jobs (and, presumably shopping/entertainment/etc) who drive instead – 20-30% depending on your distance threshold. I’ve said it before, but this: 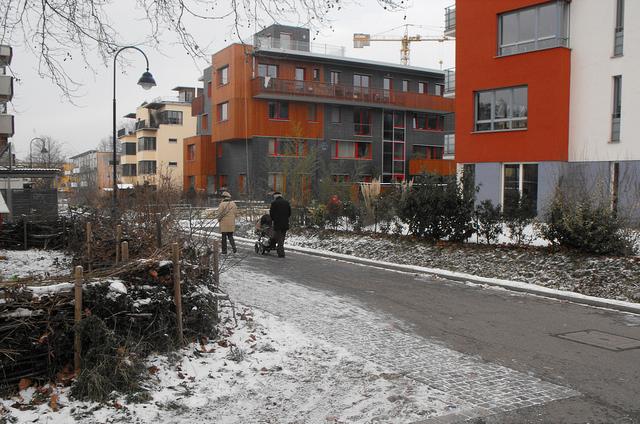 ..is the basic level of infrastructure, and cyclists fit into that picture very nicely. Building streets (and their collectors/arterials/etc) for cars is the expensive part (please don’t take that statement as “ban cars from streets!!!”).

The last point I’ll hammer home is the opportunity cost in property taxes. Our current land-use intensity combined with lacking bike (and transit) infrastructure makes new development more difficult than it should be. Neighbors fear parking and congestion nightmares, parking minima prevent some lower development forms, and required travel demand management plans discourage infill thanks to years of catering to the automobile on city streets. There’s a non-zero opportunity cost associated with that, and I’m probably too lazy to give it a go. But somehow cities like Amsterdam, Copenhagen, etc manage to fit way more people and businesses per square mile without all traffic hell breaking loose. Better travel options means more development is possible without creating a car-congested nightmare, bringing more city revenue as a result (and adding to local accessibility in the process, a virtuous cycle).

It’s probably true that we could be clever and structure the fee to avoid charging for kids, mitigate the impacts to citizens with lower income, prevent racial profiling, and even reduce the cost of overseeing such a system to keep most of the revenues for building and not bureaucracy. (NOTE: I’m not dismissing these valid issues, just saying I agree we could probably mitigate them if we think hard enough.) But those aren’t necessarily reasons why charging bicyclists is a good idea, just that it isn’t a horrible one. We should pursue a strategy that uses our street space more efficiently, saves the city money while doing it, allows more development and tax base, with all the happy positive externalities. There’s just no need to charge cyclists in the process.