It is not often that nations learn from the past, even rarer that they draw the correct conclusions from it.

Former Senators Walter Mondale (D-MN) and Gary Hart (D-CO) hope they can buck that trend. During this past week the two former Senators have taken a lead in speaking out on an issue that has reached front burner status for many organizations and individuals. The issue is a call for reestablishment of a new “Church Committee,” a hallmark in the history of open government initiatives, now honored forty years after its work. 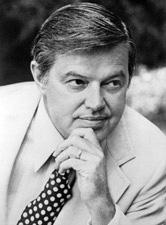 Chaired by late Senators Frank Church (D-Idaho) and Vice-Chair John Tower (R-Texas) the select investigative committee was charged with conducting a “thorough, bipartisan examination” of our government’s secret intelligence operations undertaken over the course of several presidential administrations. During nine months of hearings the committee, formally titled the “United States Senate Select Committee to Study Governmental Operations with Respect to Intelligence Activities” (the “Church Committee” nickname is obvious….) interviewed over 800 officials, held 250 executive and 21 public hearings. Their goal was to probe widespread intelligence abuses by the Central Intelligence Agency, the Federal Bureau of Investigation and the National Security Agency. Bottom line, the Church Committee concluded that every administration, beginning with FDR and continuing through Nixon, had abused its secret powers.

The most visible result of the Church Committee was the Foreign Intelligence Surveillance Act (FISA), source of the secret FISA court of recent headline fame. The other visible result is creation of the powerful intelligence committees in the House and Senate. Both entities have warranted widespread criticism from a host of critics. Further, in the wake of 9/11, Congress passed new laws that greatly expanded the reach of intelligence agencies and limited Congressional – thus public – oversight of the federal agencies. In sum, many believe that this has led to overreach and abuse of surveillance programs.

In light of perceived overreach, as well as massive changes in technology and diminished oversight, there is increasing call for establishment of a 21st Century Church Committee. The issues have been boiling over for nearly a year since Senate Intelligence Committee chair Dianne Feinstein accused the CIA of spying on the committee. The composition of the 114th Congress presents new challenges to the concerned public.

Given their experience and history Sen. Walter Mondale and his colleague, Sen. Gary Hart, are speaking out. The former Senators have written the foreword to a report issued by seventeen former staff members of the Church Committee who have gathered their thoughts to produce a report calling for a comprehensive re-evaluation of this nation’s systems of intelligence oversight. Briefly, the Senators conclude that “much of the error and abuse we found resulted from excessive secrecy that forfeited the strengths of our constitutional system: the value added by the input of informed overseers in Congress and the courts, and the pubic support earned through democratic accountability.”

The Senators add that “today, intelligence activities are back in the news, too often for the wrong reasons. Many Americans are questioning whether the structural reforms developed as a result of the Church Committee investigation remain sufficient to ensure intelligence activities are properly tailored to meet their objectives without infringing on individual rights or betraying American values.”

The recommendations for Congressional action identified by the veteran staffers are these:

Granted, the inner workings and the intelligence community are overload for most Americans. Still, Senator Mondale stays in touch with the things that probably should matter to his Minnesota neighbors. His call to attention is no doubt worth a listen.