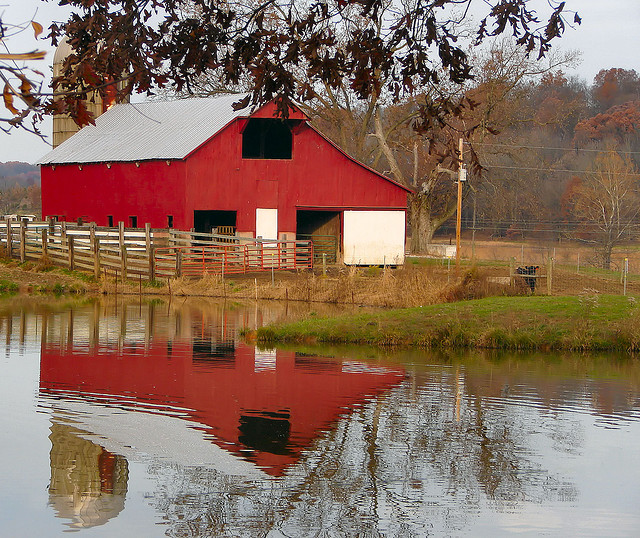 Statistics and stories often present very different pictures of reality. Nowhere is this more obvious than in the silos of data about farm workers. Though residents of the real world have always known that women carry an enormous burden of the work on a family farm statistics fail to reflect that reality.

The good news is that the stories of the lives and contributions of women farmers is actually getting some long overdue attention in the media — and stories reveal the facts:

For Minnesota family farm advocate Anne Kanten this must bring huge satisfaction, surely a chuckle. History shows that the mind, hand and spirit of Anne Kanten are a mighty force in shaping the image and reality of women as leaders in the changing world of today’s family farm.

As Americans struggle to rethink the sources of food, food safety, nutrition, and the power of corporations and international trade agreements, it seems right to revisit the ways in which Anne Kanten’s story, still a work in progress, is “woven into the essential fabric of our nation’s history.”

Kanten set the pace for today’s women in farming — from the farm she worked with her husband Chuck to her tenure as Deputy Secretary of the Minnesota Department of Agriculture to her selection as one of two recipients of the first Family Farm Champion Award sponsored by the Farmers’ Legal Action Group (FLAG) to her honor as “Rural Champion” at the 2011 National Rural Assembly meeting in St Paul. She even has a starring role in Dairy Queen, a video view of three activist women farmers fighting for changes in agriculture policy and practices during the turbulent 1980’s.

Reflecting on the “Rural Champion” award Kanten reminisced about a time when “the farm and the land and my faith were all tied together in the 1950’s.” What followed in the 1970’s and 80’s was catastrophic. Farmers lost their land and Kanten’s “radical” instincts came to the fore.

In 1989 Kanten was interviewed as part of the Minnesota Farm Advocate Oral History Project; the transcript of that interview with Dianna Hunter is accessible online. In that conversation Kanten shares the narrative of the ways in which thirty years working with her husband on the family farm prepared her for her life of advocacy, high office and leadership in shaping agricultural policy at the state and federal levels – basically, how she earned the title “radical.”

Reared on an Iowa farm, the daughter of immigrants, Anne Knutson graduated from St. Olaf College and began her adult life as a high school teacher. It was when she married Chuck Kanten, a third generation farmer near Milan, Minnesota, that she began to understand the land and what it meant to be a steward of the land. She and Chuck operated their successful family farm for three decades.

It was her commitment to land stewardship — and the devastation of the land in the mid 1970’s – that led Kanten to reshape her perspective on agriculture policy. She began to think about the political implications, and then the responsibility of the faith community to “understand more about this whole business of agriculture policy.” In the end, she realized, she reflects “it was really the church that got me going, and that moved me eventually into the political arena, and the soap boxing that I did in the name of the family farm.”

Kanten began to change the questions she was raising in her own mind about the politics of agriculture. Her inquiring mind led her first to the county library where she read up on agriculture and the history of agricultural policy. Next she visited the local banker, then back to the library to learn about investments and returns.

Thus prepared, Kanten was at the ready to take action when farm families were devastated by the financial crisis of the late 70’s and 80’s. She found a venue for her experience and ideas in the grassroots American Agriculture Movement (AAM). The agenda, Kanten relates, was simple: “Keep people on their farms, with parity prices for agriculture.” Engrossed in AAM, Anne “hit the road” – traveling to the Capitol in St Paul and to the U.S. Capitol in Washington, DC “listening and learning and sharing, and just telling people what was going on in the heartland of the United States.”

During the recorded interview Anne describes in poignant detail the 1979 Tractorcade to DC, encounters with the police, the false rumors of violence, and, most of all, the leadership: “The quality, the intelligence and the ability of those farmers was absolutely exceptional. And I was very proud to be a part of that.” Anne defends what might be viewed by some as naivete by affirming the role of the governed in setting the political agenda: “I still think that’s the proper way to lobby. That you go and you tell your story, and you tell it honestly and truthfully to the best of your ability. That’s what it means to lobby. And we didn’t have any training sessions or anything. We simply went to tell our story.”

All this leads to the next chapter of Anne’s narrative which begins in December 1982 when she was tapped by Governor Rudy Perpich to serve as Deputy Commissioner of the Minnesota Department of Agriculture; in that position she was responsible for all of the regulatory divisions of the agency. When the Star Tribune heralded “Radical Farm Woman Appointed to Department of Agriculture” she decided to assume the role. Anne remembers how she was expected to wear “two different hats” – dealing with the legal complexities of the regulations while never losing sight of how the “farmer fits in.”

At first blush, the impact of the AAM Tractorcade may seem minimal. Still the experience changed the essence of AAM – and the life of Anne Kanten. Anne emerged as a leader; she began to work with Lou Anne Kling who had been working close to home with farmers in her area, providing technical assistance, information, help to family farmers trying to meet the legal and regulatory complexities of operating in troubled times.

The two women came to understand that “there were farmers who needed help, who first of all didn’t want to admit it, and who even when they did admit it found it very difficult to walk through a professional door to get help. They found it very difficult to walk into a county Extension office, or even to share with their lender what was going on. Or many of them couldn’t even share with their spouse, or their own kids what was going on. So there was the beginning of a lot of pathos….”

The two women concluded that one solution would be to “clone” Lou Anne, to train volunteer farmers who would be knowledgeable and willing to share their expertise — and time — with their neighbors. And thus began the Minnesota Farm Advocate Program of which Kanten became the Chief Administrator. The goal of the program was to provide training and a venue or farmers and bankers to resolve their differences, to move both parties from animosity to restored trust. The story of the Farm Advocate Program is recorded in print and in the oral history project of the Minnesota Historical Society. In her interview Anne describes the participants as “a most wonderful bunch of human beings…Because they are so dastardly smart and intelligent, is one thing. But their commitment to help other farmers is most remarkable.”

Throughout her life, Anne and Chuck traveled the world, first as “lay mission observers” from their church, always as family farmers. Travel convinced Anne, 1) that agriculture policy must be viewed and shaped from an international perspective, and 2) that the relationship between women and farming is symbiotic.

Her thoughts, recorded in 1989, are prescient. Speaking of the struggle of women Anne reflects:

There is a sense that women were still responsible for the production of food. Women are still responsible for feeding the family. It was women who would get up early in the morning and go for water, maybe walking miles. Walking for firewood to build a fire. Going to the fields to hoe, and to plant, and to harvest. The tremendous burden on women.”

Comparing her own life as a woman farmer with the lot of women in lesser developed nations, Anne concludes:

Speaking into that recorder a quarter century ago, Anne concluded that in this country women had been ‘the invisible farmers.’

Now, as then, Kanten’s focus is on the future, above all on the need for advocacy and for collaboration among family farmers. Clearly, she is spot on in her insistence on the imperative to shape agriculture from a global perspective. On the topic of the role of women in agriculture, it is abundantly clear that she called that one, too.

Anne remains a vibrant force in shaping agriculture with the role of the family farmer and of women at the core of her thinking. Her husband and partner Chuck died in July 2014; their son continues to operate the family farm. With her customary vision and indomitable spirit Anne maintains her “radical” commitment to the role of family farmers, with special focus on the expanding role of women as producers of the world’s food supply.

The story of Anne Kanten is for all time woven into the essential fabric of the history of agriculture, of Minnesota and of the nation.