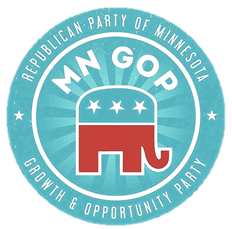 Anderson previously served as Minnesota’s State Auditor from 2003 to 2007. She was defeated for re-election in 2006 by incumbent State Auditor Rebecca Otto. Otto also defeated Anderson in 2010. Anderson also served as Republican National Committeewoman from Minnesota from 2011-2012, but was defeated for re-election by Janet Beihoffer. Anderson received only 26 votes today and lost on the first ballot to Johnson.

Over the last few weeks, Republican Party of Minnesota Chairman Keith Downey has seen many of his key allies leave the State Executive Committee.

Both Thul and Anderson were viewed as strong supporters of Downey. Nancy LaRoche, considered one of Downey’s most loyal supporters, did not run for re-election as chair of the 5th Congressional District Republicans and was replaced by David Paul Pascoe two weeks ago.

Frustrated by the party’s continued debt and recent public relations missteps, many Republicans I spoke with today were energized by the new changes on the State Executive Committee.

Bill Jungbauer, who served with both Thul and Anderson on the committee and is currently the chair of the 2nd Congressional District Republicans, said “today’s victory by both Tim Johnson and Jen Jacobson is a definite result of protest by the grassroots of our party.” Jungbauer added, “the grassroots want to see the party’s debt paid down, they want to know that the state party is truly supportive of all statewide candidates and they want transparency.”

A good day of turbulence for the Minnesota Republican Party