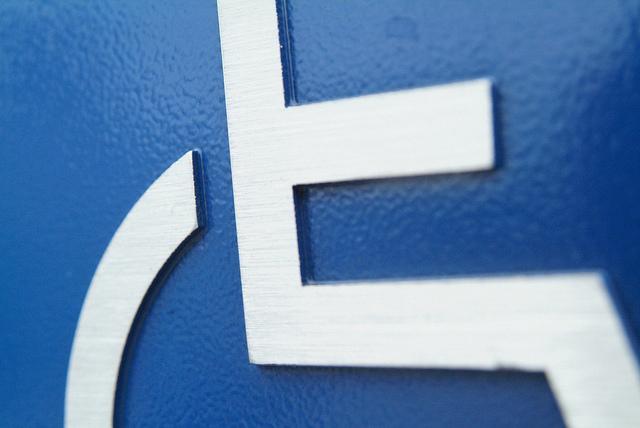 The history of the ADA (Americans with Disabilities Act) did not begin on July 26, 1990 at the signing ceremony at the White House. It did not begin in 1988 when the first ADA was introduced in Congress. The ADA began a long time ago in cities and towns throughout the United States when people with disabilities began to challenge societal barriers that excluded them form their communities, and when parents of children with disabilities began to fight against the exclusion and segregation of their children.

Writing in 1992, Arlene Mayerson knew well the stories and the struggles of the thousands of people who turned personal challenges into a movement. As Directing Attorney of Disability Rights Education and Defense Fund (DREDF) she was in the thick of it all. As lecturer at Berkeley Law School she continues the good fight.

Every American, able or challenged, has experienced the impact of ADA. In fact, ADA is so embedded in our daily lives that it is difficult to realize that it is just a quarter century since passage of that federal law. Still, on July 26, 2015 the nation will celebrate the changes wrought in our society over the past 25 years.

It is not too soon for organizations and institutions, schools, the faith community, children’s groups, social service and government agencies, health care providers, senior groups and families to start thinking ahead about how to best join in the celebration.

The good news is that leaders of the disabilities rights cause have gathered and produced an awesome selection of resources, events, and tools to spark interest and support local initiatives.

For those of us who may have experienced but never fully realized the societal changes of which we were a part, Arlene Mayer’s brief history, written in the wake of passage of ADA, offers an informative – and highly accessible – review of the roots and growth of the movement.

The ADA Legacy Project is a major initiative to honor the progress that has been made while reminding us that much remains to be done. One of the goals of the ADA Legacy Project is to honor the contributions of individuals with disabilities and their allies who persevered in securing the passages of this landmark civil rights legislation. There is an ADA Anniversary Tool Kit, suggested themes, a media kit, proclamations, pledges and more.

My personal favorite of the ADA Legacy Project resources is a collection of “Moments in Disability History” selected from the Minnesota Governor’s Council on Developmental Disabilities website and archives. The collection of “moments” includes audio and video clips, historical documents, images and slides covering the decades that led up to the passage of the ADA. “They are the ‘moments’ every self-advocate, parent and professional advocate should know and be literate about in order to create future policy. The collection of “moments” creates a common ground for study of the disability movement. The prime mover behind the “moments”, Ed Preneta, notes that “the events, or aftermath of the events, changed history and their impact resonates with us today.”

Though I have not yet plumbed the depths of the Disability History Museum it is intriguing and inviting. The Museum is actually a virtual project “designed to offer people with or without disabilities, researchers, teachers and students with a wide array of tools to help deepen their understanding of human variation and difference, and to expand appreciation of how vital to our common life the experiences of people with disabilities have always been.” The virtual museum includes over 300 primary source documents and images, many designed to show young people who take access for granted the challenges that faced people with disabilities before the movement. The virtual museum also features information about the situation in developing countries with special reference to the UN Convention on Disability Rights.

As we celebrate ADA we must be mindful of 21st Century challenges and possibilities. In the past quarter century technology has changed the nation and the world –and the options for people with disabilities. Today’s challenge is to assure that we capitalize on the potential of technology to expand – not limit – opportunities for everyone. The 25th anniversary offers an opportunity to honor the triumphs to date with a clear eye on future possibilities. An earlier blog post focused specifically on efforts to expand access to government information for people with disabilities.

The story of the Americans with Disabilities Act is long, complex and inspiring. It is a story of individuals and families, institutions and organizations that saw a need and summoned the strength to create and sustain a movement. This is a story we all need to learn, remember and emulate. What better time than the celebration of ADA at 25!

Celebrating the impact of ADA, embracing the challenges that remain